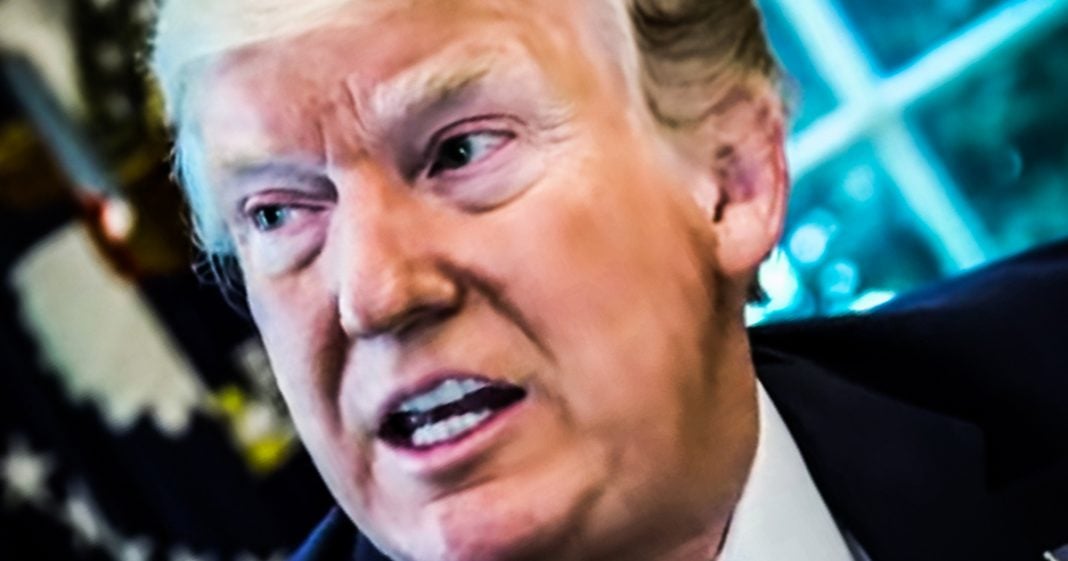 Donald Trump has created a new task force within the DOJ with the sole purpose of stripping immigrants of their U.S. citizenship after they have been naturalized. This is an abhorrent move by the administration and their entire reasoning for creating this group is a farce. They want these people out of the country, and they’ll do anything they can to make that happen. Ring of Fire’s Farron Cousins discusses this.

Earlier this week, the Trump administration announced that the department of justice was creating a denaturalization task force with the sole purpose of going out there and finding immigrants who had come to the United States and become US citizens to strip them of their citizenship. Now, the administration claims that they are doing this because apparently we got a lot of people that came in here and lied about past crimes. According to the administration, some of them are terrorists, some of them were sex offenders and they lied about this and didn’t tell us and we made them citizens. So we have to take that away from them and that is absolutely completely bogus. First and foremost, if that was in fact the goal of this new task force that they have created, they wouldn’t need a task force to do it. This is not a common thing. I’m willing to bet that, sure, there are some people who have done that and became naturalized citizens. And guess what, folks? The DOJ actually already had a process in place to denaturalize those people, right? You, you charge them with fraud and you strip them of their citizenship because they lied.

That’s already a thing that could happen. We didn’t need a task force to do that. It’s not that common and that’s why the administration’s reasoning behind this is absolute bunk. We know that this is not true. The goal of this task force is to round up as many immigrants as possible. Find some kind of, you know, slip up that they had in their past however minor and use that as an excuse to strip them of their citizenship and ship them out of the United States. That is what the goal is here. This is not about rooting out people who lied and who are secretly criminals wanting to do horrible things in the United States. We already had a process for that. It didn’t need to change and it sure as hell didn’t need its own task force within the department of justice. What this is is a wink and a nod to Donald Trump’s hugely bigoted base saying, I got you. I know what you want to see come November. I know what brought you into my camp in the first place.

So I’m going to do everything I can to get rid of as many non-white people as possible in this country and that’s for you folks. I’m doing this for you. That’s what this is about. This is about pandering to the lowest common denominator in this country because those are the people who vote for Donald Trump. Those are the rabid ones. Those are the people who don’t like anyone who doesn’t look like them when they look in the mirror, they can’t stand it and they want them gone. And unfortunately, in order to court their votes, Donald Trump is willing to do anything possible, including the constitution, according to lawyers who have looked at this task force, by shipping away these people and stripping them of their US citizenship. This is all a play for votes, has nothing to do with national security, has nothing to do with fraud. We already had a way to deal with that. This is about pandering to those horrible human beings who think that being white is the only thing that matters.