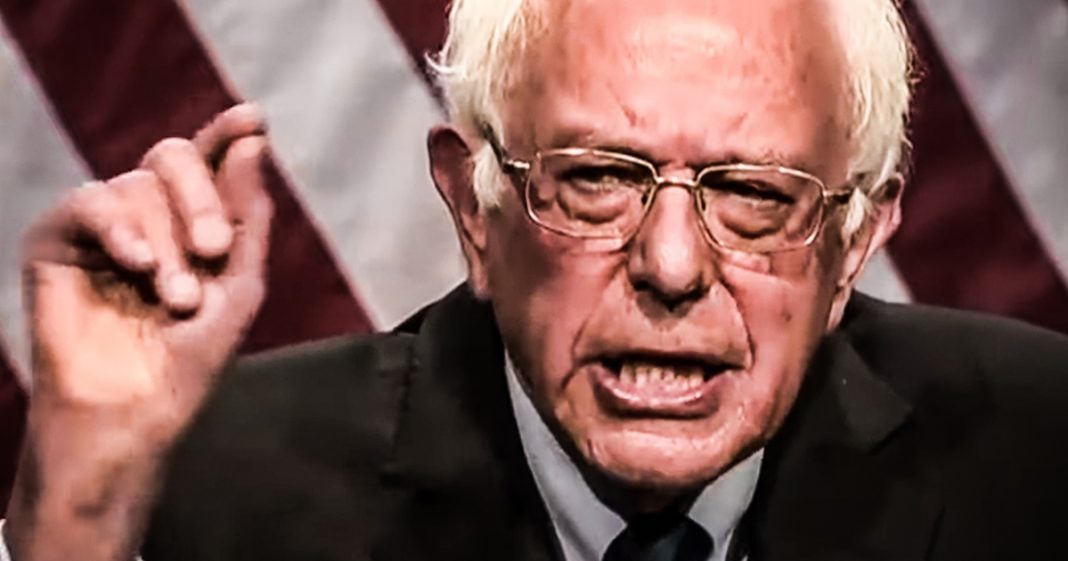 The idea of a brokered convention has been a hot topic this week, as Bernie Sanders continues to surge. The leaders at the DNC are getting scared, and so are their donors, and the super delegates have admitted that they are willing to swing the race away from Sanders if they get the chance to vote at the convention. Ring of Fire’s Farron Cousins explains what will happen if this becomes reality.

Well, it looks like the Democrats have a super problem with super delegates and according to reports that have come out this week, the DNC itself appears ready to burn down the whole dang party just to stop Bernie Sanders. Couple days ago we got that report from the New York Times where they spoke to 93 superdelegates and almost every single one of them agreed that even if Bernie Sanders goes to the convention with a plurality of the votes, that doesn’t mean he should be the nominee. Almost 93 superdelegates who are chomping at the bit to get to a second ballot so their votes can be heard. Agreed that even if most people say Bernie Sanders should be the nominee, that we, the superdelegates within the DNC should actually change it and go with somebody else who was less popular.

Again, they are willing to destroy the Democratic party because I promise you they do this, they’re none. That’s it. The Democratic party will be dead and I don’t mean as we know it will be dead. I mean, they’ll never win another election in this country again. They will fracture, new parties will form and we will go forward as a country, but the Democratic party will be dead. And honestly, if this is the route they’re going to go, then that’s what deserves to happen. They deserve that, absolutely, if they’re going to do this. Now that’s the big IF. Obviously if Bernie Sanders goes to the convention with enough delegates, none of this even matters because they can’t stop it. But if he doesn’t, but if he goes and he is the highest delegate winner so far, but he doesn’t have the magic number and then they give that magic number to somebody else. That’s the end.

And I can say personally, that’ll be the end for me. I have been a registered Democrat since I turned 18 years old. I have never in my life, in any election voted for somebody who was not a Democrat. And I’m in a district down here where we typically have a lot of Republicans who run unopposed. So the only thing on the ballot is a Republican. When I come to one of those, I always write in the same name for everyone, Mike Papantonio. I have never voted for a Republican and I never will, and if the Democrats do this, they have lost me. They have lost a 20 year Democrat, somebody who has fought hard for them because they’re trying to stop Bernie Sanders. Of course, none of this has happened yet. This is all still a big if. So, if they don’t do this, if they say, well, this person got the plurality, let’s give them the super delegates, we’re fine. We’re good to go.

But here’s a theory I have right now. They’re floating these ideas of the brokered convention and the superdelegates coming in. They’re doing that now for two reasons. One, to test the waters and two, to desensitize us to this whole thing because if we didn’t think any of this was going to happen, if nobody was talking about it right now, and then suddenly we go to that convention in July and boom, they spring it on us there, then it’s shock. Then the entire country left and right is sitting there saying, oh my God, what the hell just happened? So they introduce it now, throw it out in February. Let us have a few months to stew on it and get our anger out and maybe by the time the convention rolls around, everybody will just be like, fine, whatever. We knew you were going to do this, whatever.

That’s not how this is going to work. You’re not going to desensitize us to this. You’re testing the waters right now and you’re finding out that they are way too hot for you. This is not something you can handle. This is not something the Democratic party can survive. For a party that constantly bitches and moans about the fact that, oh, we should have won because we had the popular vote and that darn electoral college. You have instituted an electoral college program within your own party and now you’re trying to say that the person who gets the most popular votes shouldn’t necessarily be the nominee. You’re a bunch of hypocrites, but you don’t have to be. You can simply not do this and everything will be fine, but if you try to pull any of this stuff, screw around and find out, and you’re going to see just how badly you get your butts kicked in every single race this November.