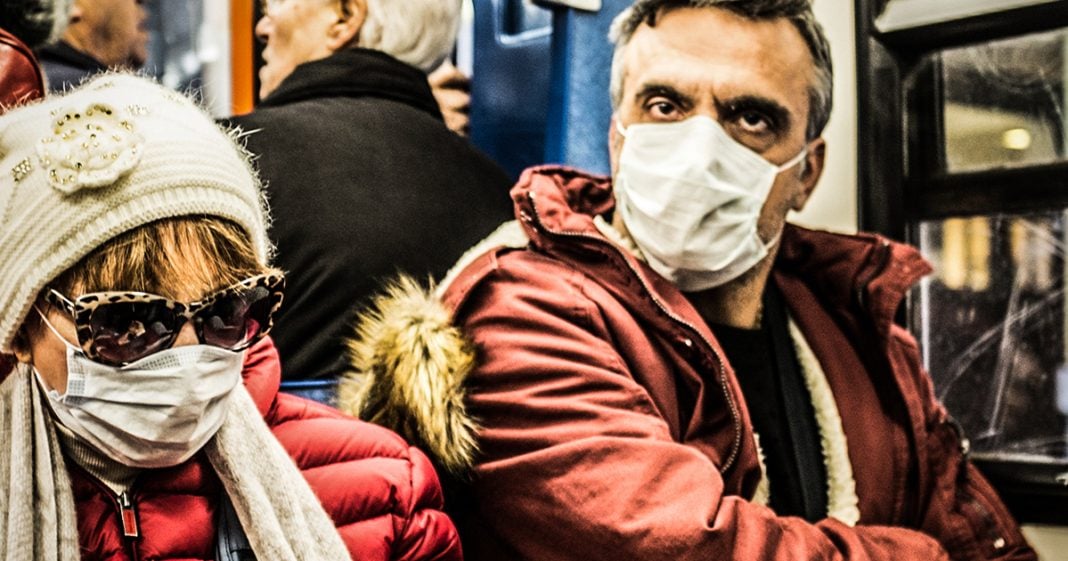 Americans are at a severe disadvantage when it comes to preventing the spread of the coronavirus. Not only do we not have national healthcare, but we also aren’t guaranteed paid sick leave, leaving millions of Americans with no choice but to come to work when they aren’t feeling well, potentially infecting entire workplaces in a matter of hours. Ring of Fire’s Farron Cousins discusses this.

If there is any good news that has come out of this whole Coronavirus pandemic, which I know is a weird thing to say, but if there is any good news about it, it’s that this virus has helped to expose and put on the national stage the failures of American capitalism and the American government, to be honest. Specifically, I am talking about the fact that we do not have a federal law guaranteeing any paid sick days here in the United States. There is no law that says that your boss has to pay you when you call in sick. The people who suffer the most from this because most big corporations, yeah, they offer some kind of paid time off package, but the people who suffer most from this are the people who are struggling to stay in the middle-class or the people who are struggling to make it to the middle-class. Service industry workers, you know, the cooks in the kitchen at your favorite restaurant, the servers who bring you their food.

Most of them are not guaranteed any kind of paid time off and so for these people who live on hourly wages or even worse live on tipped wages, they can’t afford to not be at work for a couple of days. And in the case of Coronavirus, they’re saying you could be out of work for 14 to 21 days. These people would go bankrupt, they would lose their homes, their apartments, their cars, everything, if they miss that much work because we as a country don’t have guaranteed paid time off. So what are they going to do? They’re going to come into work sick. And as somebody who spent several years working in restaurants, that is what we did. I can’t tell you how many times somebody would walk in for their shift. They would look like hell. They would be coughing, they would be sneezing. They would wash their hands plenty and use hand sanitizer, absolutely. But they were still out there serving food and that’s how this thing’s going to spread, folks.

Our system is designed for these diseases to be able to spread as quickly as possible. Not to mention the fact that obviously lacking any kind of national healthcare program here in the United States, people can’t afford to go to the doctor to even get tested. If a vaccine does in fact come out, they’re already warning us most of us can’t afford it. So we’re all just screwed and we’re screwed by our own system. We have to just sit back and wait and hope that maybe this thing isn’t going to be as bad as they say it is. You know, maybe I’ll be one of the people that only gets mild flu symptoms from it. Hopefully my kids only get that. That’s what we have to do. We have to just sit and hope because the system is designed against us and that’s why this thing is so scary now. That’s why this thing can be so devastating here in the United States because we don’t treat our workers properly. We don’t treat our citizens properly, and because of that, sick people are incentivized to actually go to work and inadvertently infect as many people as possible.

And again, the lack of a national healthcare program, so people can’t just go in and get tested to see if they have it. They could wake up one more morning and have a mild fever and a little cough and think, oh, this is probably nothing. It’s probably just a little cold. I’m okay to go into the office today. Not knowing it’s actually Coronavirus. See folks, that’s what is scary about this. Our system is designed to help these diseases spread. Why? Because capitalism itself has become a disease here in America.