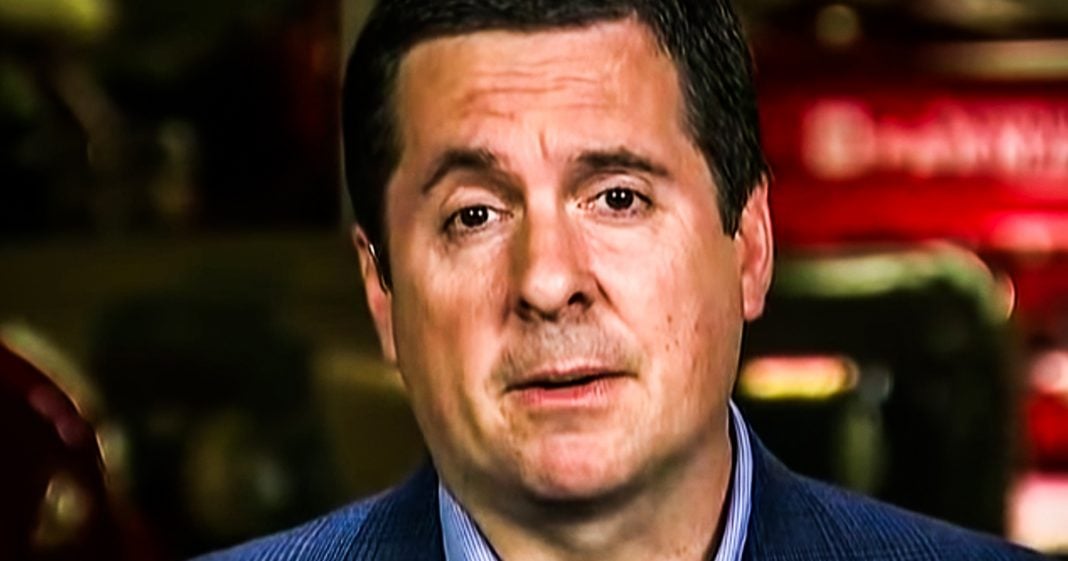 A nonprofit, nonpartisan government watchdog group has called for an “investigation” to find out how, exactly, Devin Nunes is funding all of the lawsuits that he has filed. Nunes is suing a lot of different groups and individuals, and lawsuits like this cost a lot of money, usually up front. Nunes’ Congressional salary couldn’t possibly cover these, and the watchdog group wants to know where the money is coming from. Ring of Fire’s Farron Cousins explains what’s happening.

As we have discussed at length in the past, Republican representative Devin Nunes is suing a lot of people right now. He’s suing a lot of organizations. He’s even suing a Twitter parody account, claiming to be one of his cows. And here’s the thing about all these lawsuits that Devin Nunes has filed. Filing a lawsuit takes a lot of money, hiring teams of lawyers to work on all of these different lawsuits that you got go and takes a lot of money. And according to the nonpartisan campaign legal center, Giuliani, or excuse me, Devin Nunes doesn’t make enough money to actually be able to properly fund these lawsuits and because he has consistently failed to disclose his financials, we can only assume at this point that there’s some shady things happening. The Fresno Bee said it thusly, and by the way, the Fresno Bee happens to be one of those papers that Devin Nunes is suing.

But here’s what they had to say. The complaint from the campaign legal center says Nunes appears to be in blatant violation of House rules because he would have trouble paying for all these lawsuits solely from his congressional salary of $174,000 per year. The group argues he’d only be able to pay if he received legal services for free at a discounted rate or based on a contingency fee, meaning the lawyer would get compensated from Nunes’ winnings if he prevails in the lawsuits. Nunes has yet to file a legal expense fund with the office of congressional ethics and all of those cases, the complaint says, Nunes must disclose the legal help he’s receiving by filing a legal expense fund. Otherwise it would represent an illegal gift given to Nunes under congressional ethics rules. So that’s a lot. So what does it mean? Basically every member of Congress has to file this legal expense fund if they have any kind of legal fees that they are paying.

Because we have to know where the money comes from. We have seen many times in the past, you know, members of Congress, heck, even the president, they create these legal defense funds. They use that money, but we have to know where all that money is coming from. That’s part of the rules. Nunes hasn’t done that and if these law firms are saying, oh shoot, hey, you’re Devin. Yeah man, we’re going to give you a discount on this. That has to be reported or else it’s considered an illegal in kind contribution to Devin Nunes’ reelection campaign. But I do have to point something out. Yeah, it could be that he hasn’t had the pay yet because of maybe all these lawyers are working on contingency fees except that for these kinds of lawsuits, that’s not exactly how that works. Right? I mean, if Devin Nunes had taken a, a bad pharmaceutical and was suing the company, yeah.

That, that would work like that. He wouldn’t necessarily have to pay up front. But if you want to file a lawsuit, a libel lawsuit, a slander lawsuit, whatever it is, you’re typically going to pay up front and it’s going to cost a lot of money. So something shady might be happening with Devin Nunes’ finances and his legal fees and he hasn’t reported any of it yet. And I would suggest he gets on that before it only leads to more speculation and assumptions that could eventually have to cause him to file more lawsuits because apparently that’s the only thing he knows how to do.