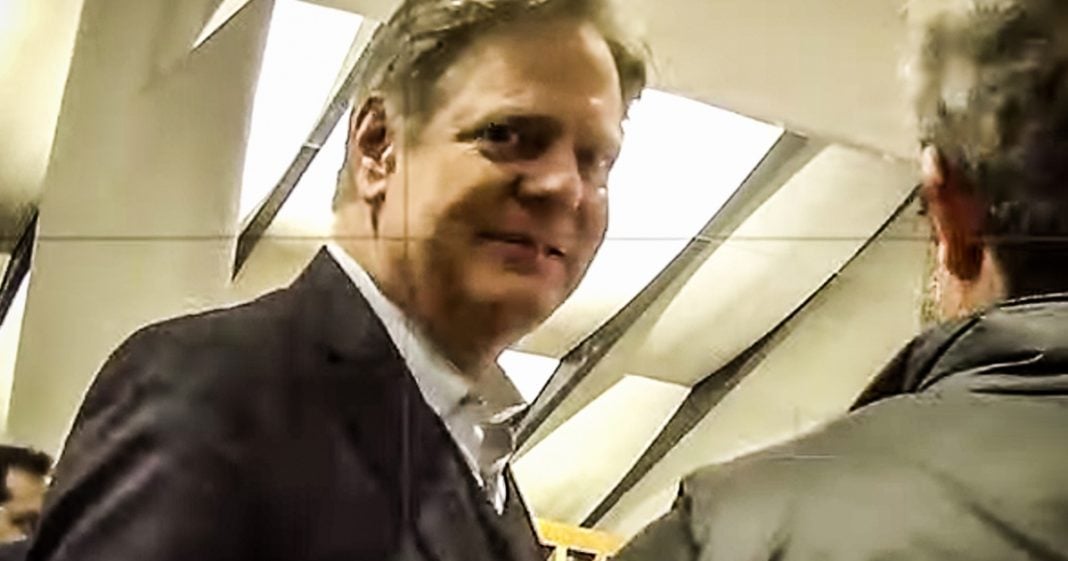 ABC News has suspended 20-year veteran reporter David Wright after he was caught in a sting by Project Veritas. In the clip, Wright described himself as a socialist, but that isn’t what sent ABC over the edge – it was his comments about their parent company, Disney, that likely resulted in Wright getting benched during the height of the primaries. Ring of Fire’s Farron Cousins explains what happened.

ABC news announced this week that they were going to be suspending 20 year veteran David Wright after Project Veritas came forward with hidden camera footage showing Wright talking about his political leanings and some of the coverage from ABC. Now in the footage, Wright when asked if he’s a Democratic socialist does say I would go further than that. I think I am a socialist and immediately a lot of the headlines about his suspension talked about this aspect of it and a lot of people assumed this is why ABC news decided to suspend him. But the footage goes a little bit deeper than that and we find out the real reason why Wright was suspended for 20 years, by the way, also won an Emmy award and a Peabody award on ABC news. I mean, this guy is good and he’s been there for a very long time, but he did something that ABC news found unforgivable in this footage.

He criticized ABC’s corporate overlords, the Disney corporation. He talked about how it’s all kind of self promotion now is what he said. You can’t turn on the View or Good Morning America without there being a Disney princess coming there to promote their next thing or an Avenger showing up to promote their next thing. He went after the corporation very softly and mildly. I might add that owns ABC. So of course ABC at that point had absolutely no choice. The guy criticized our owners, our masters. So it doesn’t matter how many Emmy’s he has, it doesn’t matter how many Peabody’s he has. It doesn’t matter that he has traveled to war torn parts of the world and done coverage from there and that he’s one of our most reliable and experienced political commentators. He wasn’t nice to Disney, so we got to suspend him and ABC has announced that when he is off his suspension, they’re going to take him off the politics beat.

He also did, as I mentioned, he criticized their coverage and he said, you know, we’re probably not that fair to Trump. You know, we don’t talk about some of the good things he’s done. We give him a pass on things that we shouldn’t give him a pass on. So that’s actually kind of what you want in a reporter. He said, listen, occasionally Trump has done good things and we’ve talked about those one or two good things he’s done here on Ring of Fire, but sometimes he does really bad things and we don’t even talk about those either. If we want to be fair, if we want to be real, if we actually want to be journalists, we have to talk about all of it, David Wright says in this video. But they don’t, but that again is not why he got fired or suspended, excuse me. He didn’t get suspended for saying that he himself is a socialist, he got suspended because he criticized the corporate masters who pull the strings at ABC and that ladies and gentlemen is why the corporate media is so dangerous. You dare say one unkind word or unflattering word about one of the corporations that owns one of these networks out there and suddenly you find yourself stuck at home for the next week, not getting a paycheck and then severely demoted when you’re finally allowed to come back to work, just like Mr. Wright is about to experience.