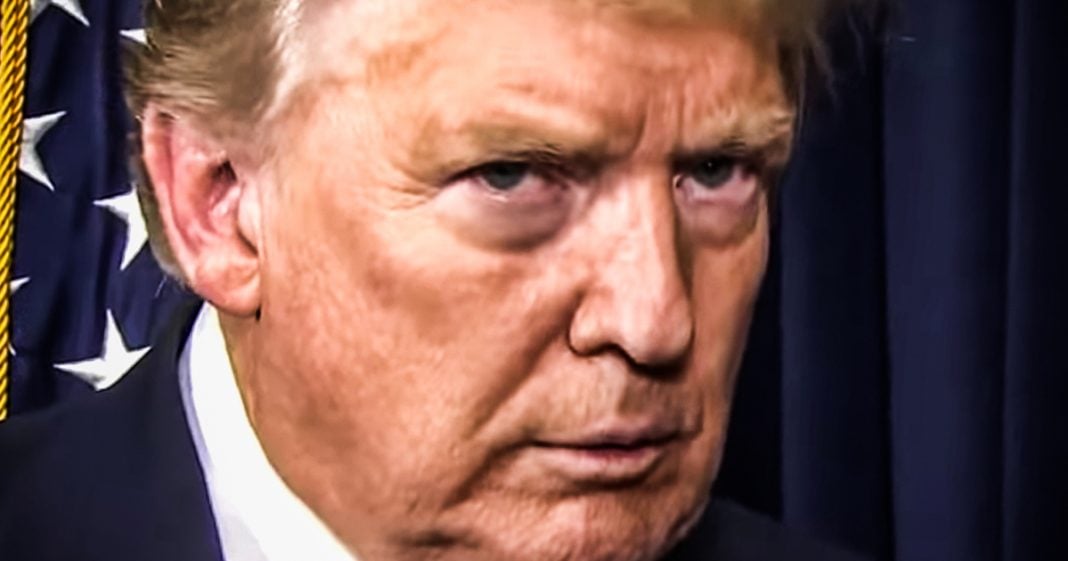 Donald Trump’s doctor has admitted that he has to treat the President like a toddler in order to get him to eat his vegetables. The doctor says that he has had to hide cauliflower in his mashed potatoes just to get the President to occasionally eat something healthy. The doctor, Ronny Jackson, also admitted that they had to hide the ice cream from Trump. Ring of Fire’s Farron Cousins discusses this.

According to Dr. Ronny Jackson, who is the former White House doctor who did that famous press conference where he told us how healthy and wonderful Donald Trump is, just could stand to lose a couple pounds. Ronny Jackson has now admitted that while he was the White House doctor, he had to hide vegetables in Donald Trump’s food just to get the man to actually eat vegetables. In fact, here’s what Dr. Jackson had to say. The exercise stuff never took off as much as I wanted it to, but we were working on his diet. We were making the ice cream less accessible. We were putting cauliflower into the mashed potatoes. So basically the doctor admits we had to treat Donald Trump like a toddler.

We had to hide the vegetables under the potatoes or maybe mash them up into there, I don’t know if you’ve ever had mashed cauliflower, it’s actually great. But otherwise Donald Trump wouldn’t touch them, wouldn’t go near them and would make a beeline right for that freezer to go for the ice cream instead. Now, the question I have for Ronny Jackson is, did you not try saying, open up here comes the airplane with the vegetables? Maybe that works sometimes. But what’s funny about this to me is that I literally have to do the same thing with my children. I have to hide the candy. I have to hide the ice cream.

Most of the time we can’t buy snacks because they will go in there and just take it. Or if they know it’s there, they’re not going to eat their vegetables. And it’s sad to think that the president of the United States is the exact same way. I deal with toddlers. Donald Trump is in his seventies and according to Jackson, this is the only way we could get this man to eat healthy, which is just a little odd to me considering the fact that we have people out there saying, oh, Bernie Sanders is running for president, but he’s not healthy. He had a heart attack. Oh, Mike Bloomberg had two stents as well. Oh, he’s not healthy enough. Joe Biden’s old and senile and he is not healthy enough. Guys, we have a current sitting president right now who won’t eat a vegetable if he sees it, you have to hide it, right?

We’ve, we’ve seen that gut hanging out on the golf course. We have all seen those pictures and we know that that is what this man is. So if you want to talk about somebody not being healthy enough, I think it’s Donald Trump who we need to focus our attention on here. This man is a giant toddler and his own former doctor had to confirm that they treated him as such. And I don’t know about you, but I think I would prefer a president who understands that after the age of 70, yeah, vegetables are something that every person needs in their diet. Maybe I should suck it up and just eat them and not walk around like a giant man-child afraid to touch anything that might be good for them.