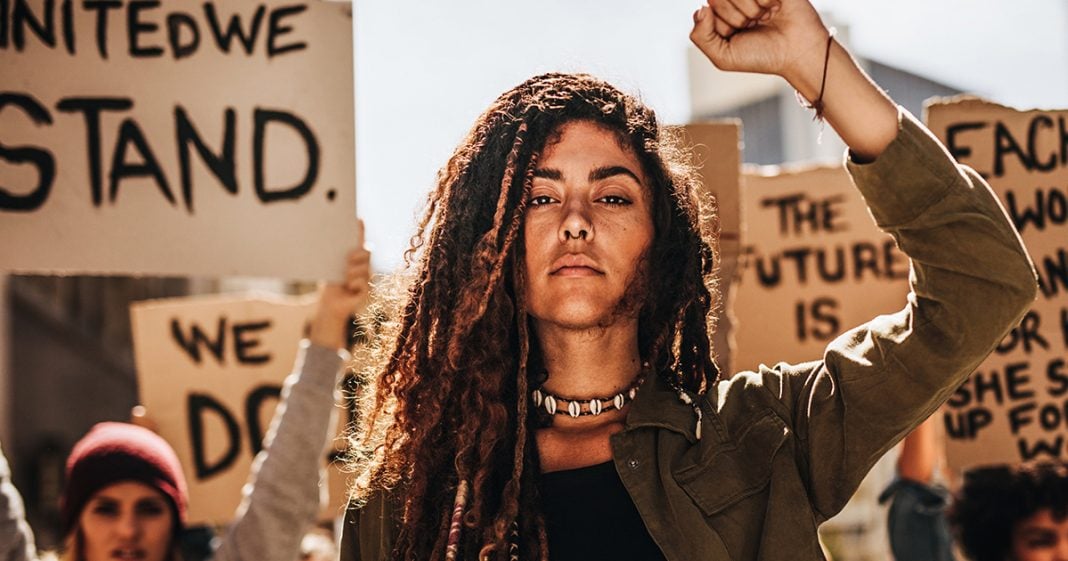 Too many on the Left have said that this year’s election is about beating Donald Trump. That is NOT the only goal of 2020. There are millions of Americans suffering today, and they have been for well over a decade. This election is about changing the system and improving the quality of life for those Americans. If your only goal is “beating Trump,” then you’re involved in team sports, not serious political discourse. Ring of Fire’s Farron Cousins discusses this.

You know, watching last night’s debate, hearing them ask the same question over and over that we’ve seen at the other debates. Who is best suited to beat Donald Trump? We have seen plenty of people on social media, we have seen them in writing in well-renowned newspapers that we have to beat Trump in 2020. Beating Trump is the goal of 2020 and I have to tell you I’m about sick and tired of hearing that claim. Because guess what folks? No, beating Donald Trump is not the only goal of 2020 and if that is your only goal, if that is all you want to see happen, then you need to take a step back and get out of the political discourse altogether right now because no folks, 2020 is not just about beating Trump. It’s about beating the system itself and changing it because that’s what has to happen. There are millions of people in this country who are suffering every single day and have been for well over a decade through the end of the Bush administration, all through the Obama years up to today through the Trump administration. These people have watched as some folks, the ones at the top, their lives got better. Their bosses, their lives got better. But the average people, the millions that I’m talking about, they saw no different. They didn’t get a tax cut. They’re not getting raises. In fact, according to statistics, their wages today are statistically when adjusted for inflation, the lowest they’ve been in 40 years.

They don’t want to elect somebody just because they think they can beat Trump. Who wants to return us to what things were, because what things were also wasn’t working for these people. You know, you take them back 10 years ago under the Obama administration, they still couldn’t afford their medication. They still couldn’t afford to go to the doctor. They were still struggling with student loan debt. They were still wondering why we’re not doing something about climate change. None of that changed during the Obama years and I’m sorry, folks, that’s the God’s honest truth. Things got better for some people, sure, but not most people, not most, and it hasn’t gotten any better for them under Trump. And do you think these people out there who are going in punching the clock at nine, punching out at five or six in the evening, do you think their only goal when they go home is, oh hell yeah, we’re going to beat Trump? Yeah. No, their goal is to sit down with their spouse or even just sit down by themselves and say, how the hell am I going to afford these bills that showed up while I was at work? I don’t make enough for this. What am I gonna do? What am I going to tell my kids? What am I going to tell my spouse?

How am I going to get by? And they have been asking themselves those same questions for well over 10 years. They’re not the team sports people who just say, yay, it’s Democrat versus Republican and I hope my team wins so we can go to the Superbowl of elections. They want something better. They want something for them and that’s the goal. Those are the people we’re fighting for in the 2020 presidential election. Their lives will not improve one bit under Joe Biden or under Pete Buttigieg or under Amy Klobuchar or under Michael Bloomberg. Not one bit because those four people are promising to take us back to a simpler time. The Obama years when everything was a little more civil, except of course in Washington DC where Republicans worked around the clock, literally holding secret meetings about how they can make Obama fail. Yeah, so civil back then, right guys? The only difference was we didn’t have a moronic president who went out there and tweeted in all caps about whatever he saw on Fox news, but that’s what they want to take us back to. Not to a time of increased wages, not to a new future of addressing the issue of climate change and getting us universal healthcare. No, they just want to take us back to the time when the president wasn’t on Twitter 24 hours a day. Other than that, your life isn’t going to change and that’s not acceptable. 2020 is not just about beating Trump. It’s about making the lives of millions of Americans who have suffered for far too long, just a little bit better. That’s what they need, that’s what they deserve and that is what we’re fighting for.