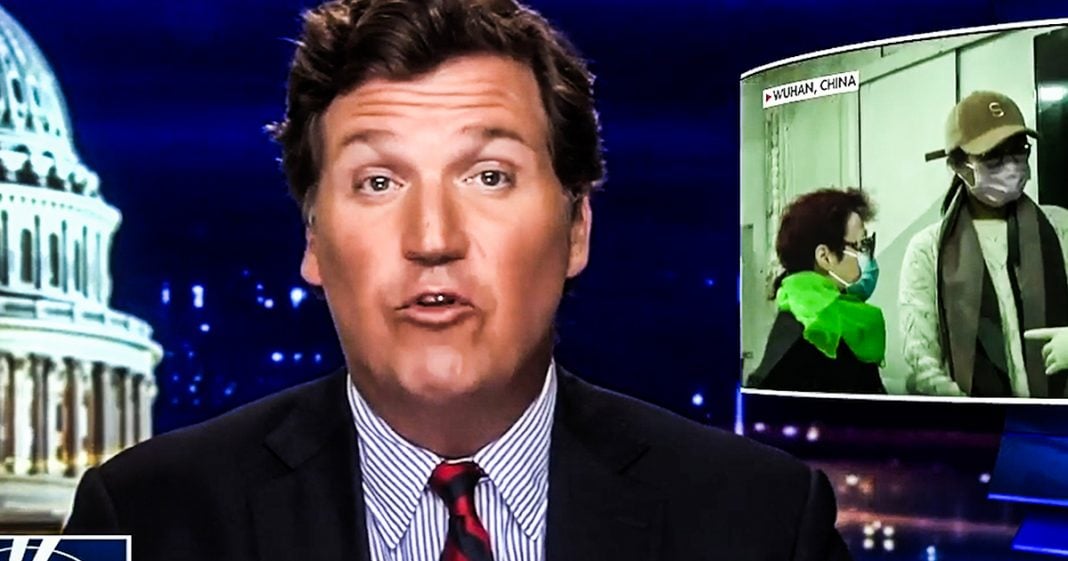 Tucker Carlson believes that the spread of the coronavirus is due to Americans being a little to “welcoming” to foreigners. This man will absolutely use any excuse he can think of to try to justify his hatred of non-white people, and the spread of this virus is just the latest example. Ring of Fire’s Farron Cousins discusses the disease that has apparently taken over Carlson’s brain.

Over the last few years, Tucker Carlson has made it painfully obvious that he does not like foreigners coming over here to the United States and last night he thought he actually found a very good reason to justify his bigotry, the Coronavirus. After all, I mean, this thing is spreading all across the world. We’ve got a huge problem now in Europe with the Coronavirus and Tucker Carlson jumped on this to try to use it as a way to explain away his bigotry. Here’s what he had to say.

Tucker Carlson:                  If that concerns you in any way, if you think maybe we ought to take some steps to protect ourselves from it, then you’re a bigot. Coronavirus panic is racist profiling against Asians, lectured some arrogant moron at slate.com. A writer for The Seattle Times warned that quote yellow peril racism was the real epidemic fear and so on. Countless publications wagged their fingers in the face of readers and told them it was irrational, probably immoral, in fact, to worry more about the Coronavirus than the annual flu. Identity politics trumped public health and not for the first time. Wokeness is a cult. They’d let you die before they admitted that diversity is not our strength.

Diversity is not our strength, says Tucker Carlson, in a country that was built upon diversity. You cannot use the spread of this virus, which unfortunately folks is, yes, just the virus du jour. We have seen this story play itself out year after year after year after year and yes, it’s a serious illness and yes, people have died from this. It is not something we should be taking lightly, but at the same time we do not have to close down our borders and say, no, nobody can come into the United States because we don’t want to get a fever. I don’t know if you have done this, but have you looked at what the Coronavirus actually does to just a normal average person who, who catches it? It’s kind of like a mild flu and then you get over it. Obviously the elderly, the very young people with weakened immune systems, yes, they’re at a very great risk of this.

Just like they are of the regular flu, which has already killed scores more people than the Coronavirus could ever dream of, folks. We have to stop freaking out, but more importantly, we can’t use this virus as an excuse like Tucker Carlson is to try to say that, nope, this is grounds to kick everybody out of this country. Don’t let them in. They’re going to bring over blankets, I guess, covered in Coronavirus and that’s where we’re going to be. No Tucker, that is not how this works. Shutting down our borders is not going to do anything about this. What we need is a functioning center for disease control, a functioning department of health and human services to be able to tackle this thing when it really hits the shores of the United States, if in fact it hits the shores of the United States in any kind of meaningful way. Other countries need our help. They need doctors, they need medicines, they need funding. That’s what we should be doing, but we shouldn’t be trying to use this new disease as some kind of rationale for hating everyone that doesn’t look like Tucker Carlson.