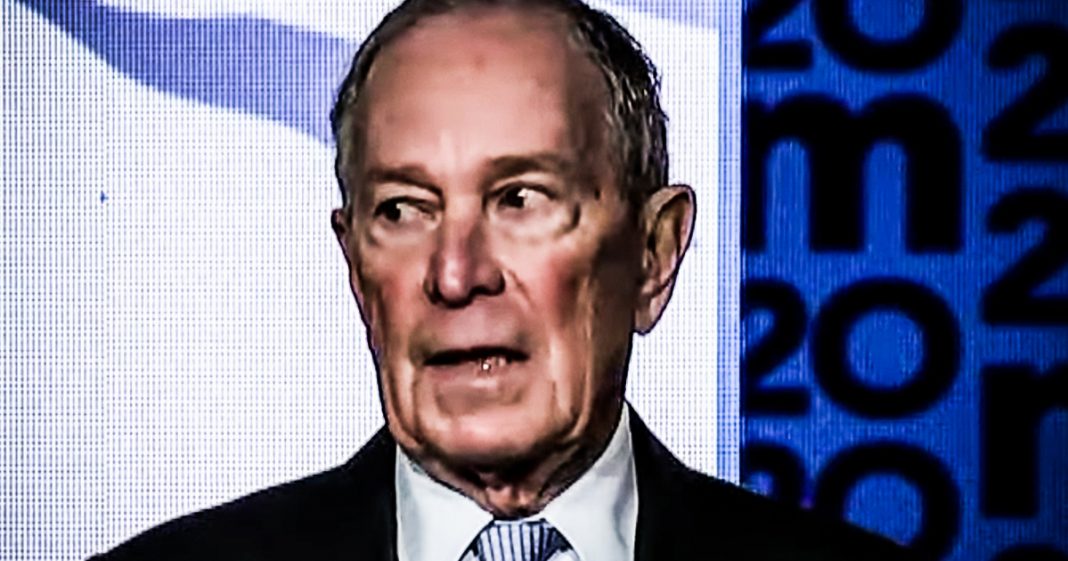 Michael Bloomberg thought he could buy his way into the presidential race, but he learned this week that you can’t actually buy loyalty. His plan to pay 500 people in California $2,500 a month to promote him has backfired, with reports showing that some of the “workers” are just taking the money and telling people they meet to vote for either Bernie or Warren. Ring of Fire’s Farron Cousins explains what’s happening.

So last week we told you the story of how Michael Bloomberg is paying people in the state of California, upwards of $2,500 a month to go out there and post on social media about how great Bloomberg is, to talk to people face to face about how great he is and of course to send out those campaign text messages asking people to support Michael Bloomberg. Well, it turns out that not everybody who is accepting this $2,500 a month is actually selling their soul. In fact, some of them are doing it to really just stick it to Mike Bloomberg and this really folks is a feel good story about what’s happening to this billionaire trying to buy the White House. According to a new report by the Los Angeles Times. Some folks are actually taking this money $2,500 a month and using it to actually promote other candidates. Right? They’re doing what Bloomberg wanted them to do.

They’re getting on social media. They’re sending out those text messages, but they’re telling people to vote for somebody else. The LA Times spoke with five people who is, who have accepted this Bloomberg deal, four of whom said they are using it to promote other candidates. In one instance that has now gone viral, the person sent out the text message saying, blah, blah, blah, you know, support Michael Bloomberg. Then they immediately sent a follow-up text that said, please disregard, vote for Warren or Bernie. That is the text message that people got who were on Mike Bloomberg’s text message list and this person got their $2,500 a month for it and good for them, folks. You know, at first I thought this was anybody who accepts this as obviously just selling their soul. I didn’t think about the possibilities out there though, right? $2,500 is a decent amount of money and there’s a lot of people in this country struggling and some people jumped on that opportunity, got the paycheck because apparently there’s no screening process at all with the hiring either.

That’s what’s crazy about this. You are the what, eighth richest guy in the United States and you don’t even have a screening process to hire people that you’re going to pay $2,500 a month to? Wow, you’re an idiot. But good for the people taking advantage of that. All the people who are doing the hiring are looking at is, are you on social media? Do you know how to use social media? If you’ve answered yes to both those questions, they don’t care who you’re actually supporting. Come get your Bloomberg, Bloomberg check folks. That’s what they’re telling us. And I hope more people take advantage of this. Michael Bloomberg needs to be drained of his money. You know why? He has spent over $400 million so far on this campaign. You know how much it would’ve cost to replace all of the pipes in Flint, Michigan? $55 million. He could have done it seven times with the amount of money he has spent just on this presidential campaign.

So if he’s not going to use his money for good, than folks, go out there and take advantage of it. Right? Cash in, get your check. Pay your bills with it and send a couple of text messages out there saying, Bloomberg’s a moron. He gave me your number and I’m telling you how dumb he is. Go vote for a real progressive, not the former Republican who apparently sucks at hiring people. That’s the message they should be sending out. So if you’re in California, take advantage of this offer. Take advantage of Mike Bloomberg’s money because God knows he’s never going to put it to a good use.