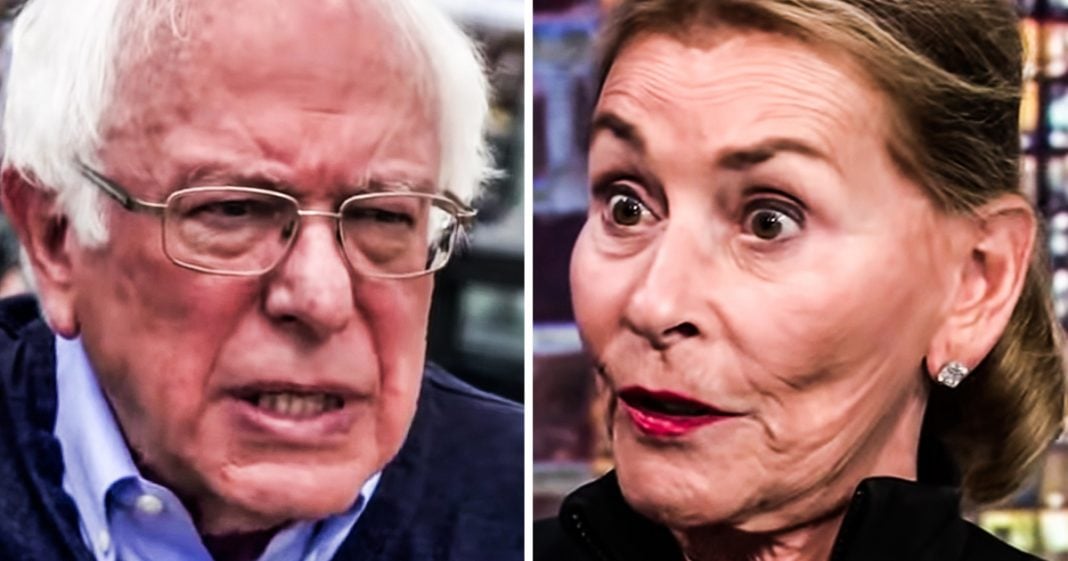 Judy Sheindlin, known to the American public as Judge Judy, is a vocal supporter of former New York Mayor Mike Bloomberg. She’s free to choose who she wants to support, but her recent attacks on Bernie Sanders have reached an absolutely absurd level. In a recent interview, the geriatric judge promises to fight Sanders’ ascension in the Democratic Party “to the death.” Ring of Fire’s Farron Cousins explains why Judge Judy is ready to go to the mat with Bernie.

Everybody knows that judge Judy, the TV judge who became famous a couple of decades ago, is no one to mess with, right? She is tough. She will speak her mind and she will make you feel like an absolute idiot in her courtroom. And apparently that tough as nails persona extends beyond the courtroom as well because just this past weekend, judge Judy, whose real name by the way is Judith Sheindlin, gave an interview in support of Michael Bloomberg. She is a big Bloomberg supporter. Where she decided to go after Bernie Sanders and his supporters promising to fight “to the death” to prevent them from prevailing and to prevent Bernie from becoming the next president of the United States. To the death, Judge Judy says, here’s her exact quote. She says, I was born in Brooklyn, so I have Brooklyn street smarts. America doesn’t need a revolution. It’s the most perfect country in the world and those people that are trying to change it and revolutionize it, don’t have a chance because I’ll fight them to the death.

America’s the most perfect country in the world folks, or at least so says the woman who Forbes claims is worth $290 million. You know what? If I had $290 million sitting in the bank, I would also probably think that this country is perfect, right? If I wasn’t struggling to make the decision on which medication I wanted to pay for that particular month and who was going to go without medicine in my family, I’d probably think it was perfect too. If I wasn’t struggling to pay all these bills every month, if I didn’t have these student loan payments, if everybody else didn’t have these things as well, I’m sure I would think it was the best country in the world. That it was perfect, as judge Judy says. But instead this woman worth an estimated $290 million is out there trying to lecture those of us who haven’t had it quite as good as she has, and that’s the problem folks.

These people like judge Judy sitting up there on her ivory reality TV show tower, don’t remember or don’t care enough to know what’s happening to the rest of the country. Things have not been great for us and they haven’t been great for us for quite some time. We are not getting this recovery that Obama put in place that he helped, you know, get going here and has continued under Trump. That recovery is not going to the middle class. It’s not going to the working class. It sure as hell isn’t going to the poor. It’s going to people like judge Judy and judge Judy doesn’t want to have to pay a little bit more money each year in taxes so that the rest of us can have debt free college or our student loans forgiven or Medicare For All. She thinks things are perfect the way they are because for her and so many others in that top 1%, things are perfect. They couldn’t imagine a better country to live in than the United States, which absolutely caters our policy around people like judge Judy. That’s the problem. It’s perfect for everyone sitting at the very top of it. Not so much so for the other 99%.