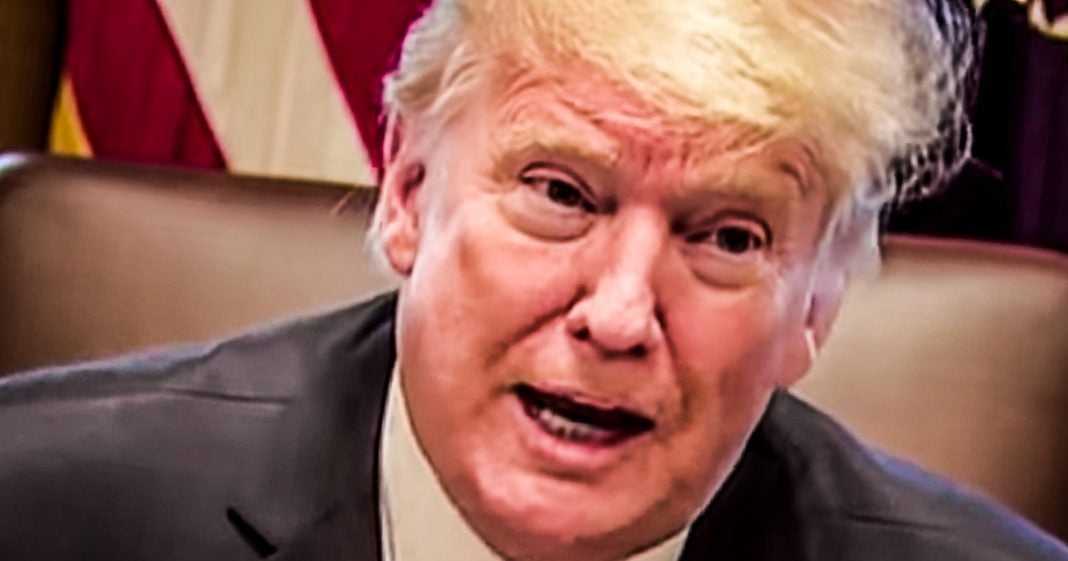 The Trump Campaign, along with the Republican Party, has announced that they will be spending $10 million this year to fight back lawsuits from Democrats who are trying to stop voter suppression efforts. There is no evidence at all of widespread voter fraud, so this money is literally being spent to just keep more people away from the voting booth this year. Ring of Fire’s Farron Cousins explains what’s happening.

Earlier this week, president Donald Trump’s reelection campaign together with the Republican National Committee announced that they would collectively be spending $10 million this year to fight off lawsuits from Democrats and Democratic leaning organizations that are trying to get rid of the voter suppression efforts that Republicans have skillfully been putting in place for well over a decade. That’s right, folks, the Republican party and Donald Trump are spending $10 million to make sure fewer people get to go out and vote. And here’s the thing. I know some conservatives don’t believe this because you can’t convince them with facts. They just think with their feelings. There is no evidence of any form of widespread voter fraud in this country. It simply doesn’t happen. Even Donald Trump’s own voter fraud commission that he put together to prove that 3 to 5 million illegal immigrants voted for Hillary, which is why Trump lost the popular vote, that commission he put together, headed up by Kris Kobach, didn’t find anything, anything, nothing.

They couldn’t find any voter fraud, folks. Voter fraud simply doesn’t exist and one of the reasons is because the net benefit of it doesn’t come anywhere close to the potential punishment for it. You want to go spend five years in jail because you wanted to give Hillary Clinton two votes instead of one, five years in jail? And depending on where you live, losing your right to vote forever. That’s insane and you would have to be crazy to do that. But Republicans are still going out there telling us that voter fraud is the scourge of the United States. Every time you turn around, you can’t swing a dead cat without hitting a voter fraud person and they’re going to spend $10 million on it this year, $10 million all to keep people away from the polls. What’s happening right now is we have the state of Florida where I am sitting that has been trying desperately, luckily got smacked down by a court earlier this week, the 11th circuit appeals, they had been trying to prevent 1.6 million people from getting the right to vote back after we passed the amendment saying former felons can vote again.

They’d been fighting that. You have Wisconsin, Pennsylvania, Ohio, all right now trying to fight voter purges, voter suppression, voter ID laws, those election protection advocates and the Democrats are trying to allow more people to vote. Republicans are coming through now spending $10 million to make sure fewer people vote, and we all know the reason why. The more people vote, the worse it is for Republicans. That is a simple fact that you can back up by going through and looking at the vote totals and the total number of voters in all the past elections. Fewer people show up, Republicans win. More show up, Democrats win. It’s a pretty easy graph to look at, folks, and Republicans know that, and that’s why they’re doing this. They’re not doing it because voter fraud is actually a thing. I know they’re going to sell it as such, but it’s not. They’re doing it because if more people go to those polls, they’re more likely to get demolished in the 2020 elections.