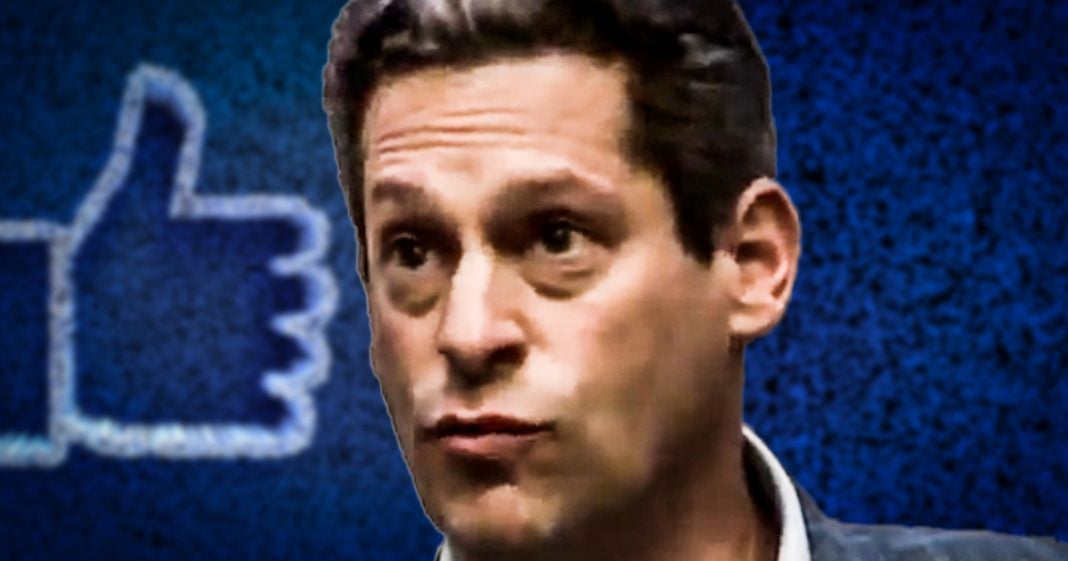 A Facebook executive issued a warning to the company all the way back in 2016 that removing misinformation and “fake news” from their site would disproportionately hurt Republicans. They used this as just one of their excuses as to why they refused to do anything about their platform being a huge outlet for people to share fake news. Ring of Fire’s Farron Cousins explains what’s happening.

In 2016 a Facebook executive warned the company as they were beginning their Project P, as they call it, P for propaganda. Anyway, this executive warned other executives and higher ups at Facebook that, hey, if we go through with this and we purge accounts or purge websites from posting on our site that are spreading misinformation and propaganda, then this is going to disproportionately hurt the Republican party. And then of course we’ll be viewed as being, you know, liberally biased and that’s eventually going to hurt us. So after receiving this information, they decided, you know what? You’re right. Let’s not do it because we don’t want to make the Republicans angry. And to this day, they’ve purged a couple of pages, they’ve said, you know, because they were just some of the most egregious ones out there, but they have identified plenty of others and they’re just going to let them stay. And they did find that, yes, the majority of them, we’re conservative and most of those conservative sites spreading misinformation are actually coming from overseas.

This propaganda that Facebook said we’re going to allow because if we don’t, it’s going to hurt Republicans is coming from overseas sources funding this, creating this, using Facebook to spread it to moronic Republicans all over the platform because they know they’re the ones most likely to eat it up and believe anything they say. This isn’t necessarily just an indictment of Facebook. This is an indictment of members of the Republican party. They think you’re stupid and I’m talking about the, the, the overseas countries, the overseas businesses who create fake information, share it on Facebook because they know you’re going to eat it up because you’re not going to check it. And every time you click share, every time you add a comment saying, oh hell yeah, you’re proving them right. I want you to understand something. I am not sitting here calling you stupid. I am telling you that they think you are and that you may be proving them right. On top of that, Donald Trump, as I have said in the past, thinks you’re stupid because he goes up to you, lies to your faces and we have seen interviews after his rallies where they say, yeah, I know he wasn’t telling the truth about this, but I’m still going to believe it and it’s because he thinks you’re stupid.

Why do you people keep proving him, right? Why are you people continuing to prove these overseas propagandists correct? You know better, but you’re so damn tribal that you refuse to see anything outside of those conservative lines. You know for a fact that if you have access to Facebook, then you have access to damn near the entire wealth of human knowledge because you’re on the internet, folks. You can fact check, you can look things up. You can read encyclopedias online and learn the truth. But you refuse to do it because it doesn’t fit into your pre formed beliefs and that is why this propaganda is effective. That is why Facebook refuses to do anything about it, because they know that for the most part, liberals are a little bit better than that. That we don’t just blindly believe everything we see on the Facebook. Conservatives on the other hand, Facebook executives know the propagandists overseas over know, overseas know and Donald Trump knows that if we put it on Facebook, conservatives are absolutely going to believe it without asking any questions. And again, folks, it’s because they, Facebook the overseas creators of propaganda and Donald Trump, all think you’re stupid. You can prove them wrong, but that’s up to you.