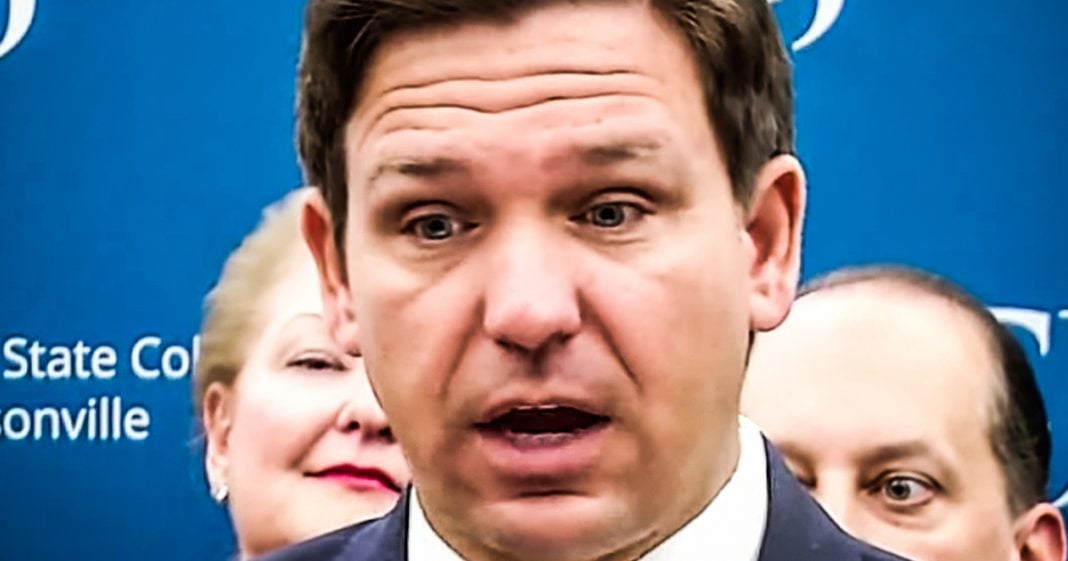 An appeals court has overturned a ruling by the Florida Supreme Court that upheld a Republican-passed law saying that former felons in the state had to repay all of the court costs from their incarceration before they could regain their right to vote. This new ruling, which will certainly be appealed, is a huge win for voters in Florida and a major blow to Republicans. Ring of Fire’s Farron Cousins explains.

Earlier this week, a three judge panel on the 11th circuit court of appeals ruled that no, state of Florida, you cannot bar former felons from voting just because they haven’t paid off their court fees and other fees from their incarceration. This ruling by this appeals court is a massive blow to the entire Republican party in the state of Florida who’s been working overtime since 2018, when voters overwhelmingly passed an amendment to give former felons their right to vote back. Not that long ago, the Florida legislature passed legislation saying that a former felon cannot get their right to vote back if they have not repaid all costs associated with their prosecution, incarceration, any civil penalties, any civil lawsuits, anything related to their crime, you have to pay back 100% of it or else you can’t vote. Now, the Florida Supreme Court said, yeah, we’re fine with this. This stands.

But, that Florida Supreme Court is made up of Republicans appointed by Republicans who of course are going to protect Republicans. Once you get out of the state of Florida and you actually make it to the real court system, things might not be so friendly because those are judges who are serving lifetime appointments and they really don’t care about party affiliation, sometimes, sometimes, and this happens to be one of those times. And they looked at this law and they said this amounted to an unfair poll tax that would disenfranchise many of them. Them being the former felons, which is now estimated to be roughly 1.6 million. When this law was passed a year and a half ago, it was 1.4, now it’s 1.6 million. So as it stands right now, these people should be allowed to register to vote.

Now, the state of Florida, governor Ron DeSantis has said that no, we are going to write the court. We are going to ask them to reassess their decision, which I doubt they’re going to do because I don’t think they made this decision willy nilly. They weren’t half asleep and said, well, yeah, yeah, just no, no. They’re good. The felons can go. No, they looked at the evidence and now you’re saying, hey, I know you already did your job, but would you mind doing your job again, but coming up with a different conclusion here? That, that’s not going to work out in your favor. And I know you’re probably only asking that so that you can try to put your case back together and appeal it later. But trust me, not gonna work. So here’s the thing. We could potentially have, heading into the 2020 presidential election, as many as 1.6 million new voters here in the state of Florida, that would change the outcome of every election in this state since I was born, actually.

That’s how many that is. And that’s assuming, obviously, that all of them registered to vote and all of them show up to the polls. What happens if only 10% of them register to vote and show up at the polls? That still changes every election in this state for the last 20 years, folks. Adding an extra 100 or 200,000 voters to the rolls in Florida absolutely swings every election this state has had. So this is a big deal and we do have voting rights groups that have been down here working overtime, trying to get these registered voters ready to go. So thank them for their hard work and if this ruling stands, Florida may not be as much of a swing state for the Republicans as it used to be.