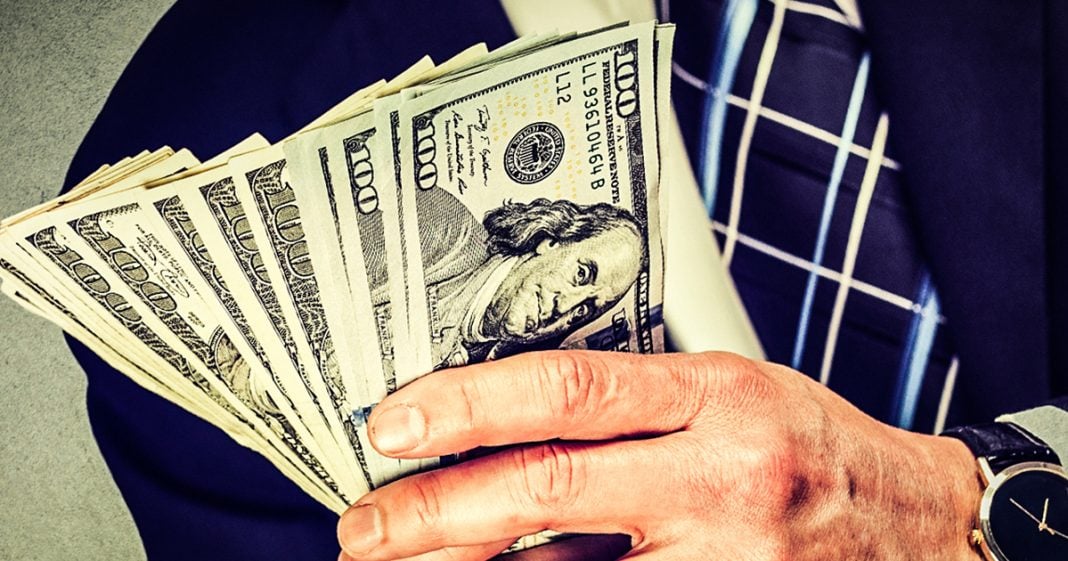 The economy for most American citizens is not working. Capitalism today only benefits those at the top, and tens of millions of Americans are just a few hundred dollars away from financial ruin. THIS is the issue that Democrats need to be hammering on the campaign trail, and some of them are. Ring of Fire’s Farron Cousins explains how the Democrats can capitalize on the REAL economic situation of millions of Americans.

Donald Trump thinks that the economy is his strongest point heading into the 2020 presidential election and as I’ve repeatedly said, on paper the economy looks amazing. Right? Unemployment has reached lows that we didn’t think were even possible anymore. In fact, we’re almost at statistical full employment here in the United States and if you don’t dig past that number, man that looks awesome. Right? The stock market’s doing great, which looks great on paper as long as you don’t dig into it too far. Everything looks good, right? Except for one thing, for more than 80% of people in this country, none of those indicators are reflecting how they are doing. Fewer than half of the people in this country own stocks. More than 80% of the stocks owned in this country are owned by the top 5% income earners. The rest of the people who own those stocks, occasionally you have a, you know, lower income investor. The rest of them are just in retirement funds that people really have no control over. So there’s rises in the stock market aren’t effecting us, at least not today. And as for that full employment, well, you also have to look at the fact that we have 40% of Americans working in jobs that do not pay a living wage. 40% living paycheck to paycheck, another 40% unable to afford an emergency of $400 or more, 40 million people in this country living in poverty.

And you have 140 million people in this country considered to be poor. I have to read this, this paragraph here from the Guardian because this tells us what the economy is really like for most people in this country. Three individuals own as much wealth as all of the bottom 140 million people combined. Three people own as much wealth as the bottom 140 American citizens. The real cost of living has soared while wages have stagnated. Since the 1970s the number of people who are paying more than a third of their monthly income and rent has doubled. And there is not a single County in the nation where a person working full time at minimum wage can afford to rent a two bedroom apartment. 60% of African Americans are poor or low income as are 64% of Hispanics. But the largest single racial group among America’s poor and low income, 66 million Americans, are white.

This needs to be, has to be, not even needs to be folks, this has to be the talking point heading into the 2020 presidential election. The only thing Trump has the brag about is how well the economy’s doing and that’s in spite of him, not because of him. But if we have a candidate that goes out there and talks about the real numbers. That looks past the job creation numbers, you know, we just came off a month January job creation, exceeded expectations. Now we’re likely going to see in a month or two that we have to revise those numbers back because oops, they were overestimated because that’s happened for the last 18 months. But still creating jobs. But as I said, as long as you don’t look behind that, everything looks okay. But when you start to look at what kinds of jobs were created, what are the wages of those jobs, what’s the skill levels of those jobs? And you’re going to find out that these are jobs that don’t pay people a living wage or they’re temporary jobs or they’re, you know, part time jobs

But in the jobs report and that final jobs number, that’s not reflected. It could be a job that’s only six months. It could be a job where you only get 15 hours per week and that’s going to be counted with the same weight as a job where you work 40 hours a week making $100,000 a year. It’s not fair and that’s why we have to look behind those statistics and we have to talk about those numbers. Bernie Sanders does that. Bernie Sanders and to a degree, Elizabeth Warren, at least she used to, she’s changed quite a bit in the last month, but they go out there and they see what’s really happening. They know that the stock market doing well doesn’t reflect the prosperity of the middle class because their prosperity doesn’t exist. Their wages are not going up. They are not getting Trump’s tax cuts. They can’t afford their medication. They can’t even afford to get a new set of tires for their car if they blow out, they can’t. I’ve been there, I’m still kind of on the cusp of still being that way. You know, if I go out to my car this afternoon and my, it doesn’t crank, my transmission blew, I’m screwed.

If I blow a tire and have to replace it, I’m okay but too many people are in that same boat. It’s paycheck to paycheck and maybe you have $50 left in the bank by the time that next paycheck hits. It’s about what I have and I have no problem opening up and being honest about that folks, because there’s millions upon millions of people, the majority of people in this country who are in the same boat as me. And we understand that when Trump sends out those tweets and tells us how great we’re doing, all we have to do is look at our paycheck, look at our tax return, or look at our bank account to know that this isn’t true. And that’s what Democrats have to be pointing out at every opportunity as we inch closer to November.