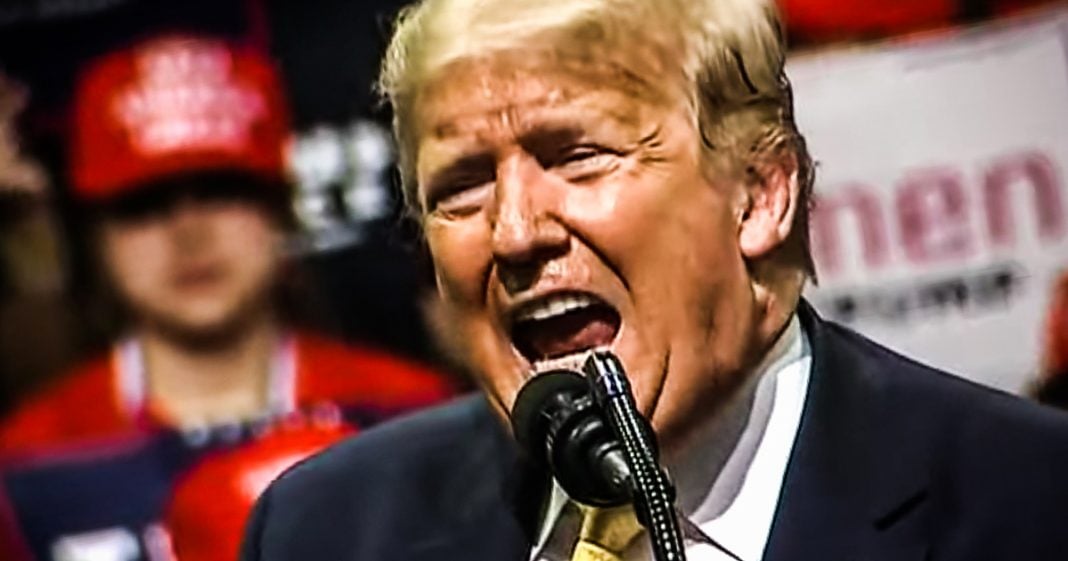 Donald Trump is furious that intelligence officials warned Congress last week that Russia was once again meddling in the U.S. election to benefit Trump. In response, Trump appointed one of his loyal minions as the acting Director of National Intelligence, and the man is wholly unqualified for the position – but that is EXACTLY why he got the job in the first place. Ring of Fire’s Farron Cousins discusses this.

About a week ago you had intelligence officials that went and talked to Congress about the fact that Russia is once again interfering in the US presidential elections and they’re doing it to benefit Donald Trump. That is what our intelligence agencies told Congress last week. When Donald Trump found out about this, he was furious. He was absolutely livid that his outgoing director of national intelligence, Joseph Maguire, would have his people go to Congress and essentially spill the beans. So this week Donald Trump decided that Maguire was not leaving fast enough and decided to go ahead and force him out a little bit early and replaced him with one of his hand-picked loyal minions, a man by the name of Richard Grenell, who currently serves as the US ambassador to Germany. Grenell, his only qualification for becoming now basically the head of intelligence for here in the United States is that he likes to go on Fox news and defend the president and talk about how great he is. And he’s being replaced with a guy who even though he was appointed by Trump, seemed to understand that yeah, election interference is a big deal and we should probably tell somebody about this. So Maguire’s gone, Grenell is in.

Grenell has never had any experience whatsoever working with intelligence here in the United States, or anywhere to be honest, and he is now in charge of 17 different federal agencies that deal with national intelligence issues. And again, he got the job because he’s willing to go on Fox news and tell the world why Donald Trump is the greatest thing to ever happen. And here’s the thing, everybody right now is talking about how unqualified Grenell is for the job, and that’s true, he’s unqualified. And ladies and gentlemen, that’s why he got the job. Donald Trump does not want somebody who understands threats to take this position. He just had that with Maguire. Maguire, saw threats, went to Congress and said, hey Congress, here’s a threat, we should do something. That made Donald Trump angry. So he replaced him with somebody who’s not gonna understand the intelligence, who isn’t going to know what’s happening and who certainly, if they did find something wrong, wouldn’t feel the need to go and tattle on the president because his foreign buddies are trying to once again interfere in a US election.

As I’ve said, I, I’m not a huge kind of Russiagate person. I don’t see Russia every time I look in the mirror and see a blemish on my skin and say, ah, Russians. But I am realist and I understand that based on all the evidence, it is obvious that Russia interfered in the 2016 election and based on the evidence, yeah, they’re doing it again in 2020. Robert Mueller told us that in 2019. We know that this is a thing that is happening. You cannot deny it. That does not mean Russia’s behind every ill the United States is facing, but we do have to take this issue very seriously because it’s not just going to be Russia, folks, any other country around the world right now sees that the United States has no leadership. Donald Trump is purging anyone from this administration that is not blindly loyal to him and replacing them with total morons. And these morons aren’t going to recognize the red flags, even when they’re flapping right in their faces and the rest of the world sees that. They see weakness, they see vulnerability, and if they were ever going to do something to try to screw with us, now would probably be the time to do it.