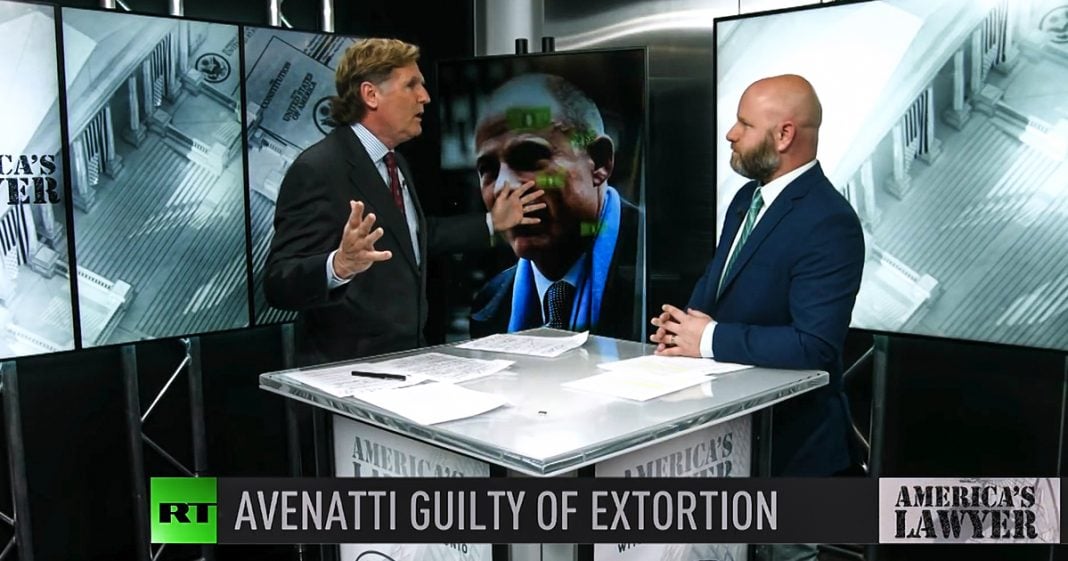 Mike Papantonio:             Attorney Michael Avenatti has been found guilty of trying to extort money from Nike and just a year ago the media was hailing this man like he was the savior to democracy. I think, I think MSNBC and I think NBC, there were times where I wanted to say, I wonder if Brian Stelter, for example, I wonder if he’s got a French kiss, Avenatti on the air. Or Joy Behar, Joy Behar has him on the view and on the view you would think, oh my God, this guy is, he’s our next president. This is a disgusting story. You know why? Because all the information was out there about Avenatti before this bone head, this thug, this criminal appeared on MSNBC 70 times within 10 weeks. On CNN, I think it was like almost 90 times within 10 weeks, and all of the talking heads, oh my God, one of them called him the Holy spirit, literally referred to him as the Holy spirit. Take it from, this is a disgusting story. They’re embarrassed by this and we ain’t going to let the embarrassment go away.

Farron Cousins:                  No, absolutely not. Every outlet that had this man on TV needs to come out and say, look, we’re sorry we didn’t realize he was a criminal or, or all of the horrible things that he’s done. The extortion scheme against Nike, you know, the allegedly stealing money from clients, which he’s still, by the way, has to face trial for that in a couple months.

Mike Papantonio:             Yeah. Talk about that. Now, all we’re hearing about is the extortion. You understand he stole money from a quadriplegic, maybe either quadriplegic or paraplegic client of his. He had gotten the money and stole the money from the client. Now before, before you had MSNBC and CNN, almost French kissing this guy, you, there were times when you said, can you get a room? Can you get a room? No, he’s not going to be a president. Their, their researchers never took the time to look back and see the ethical violations that this guy had already suffered from. I mean, ethical violations. The firm was in total turmoil. There were all kinds of stories about this thug and you had these morons absolute talking head morons embracing him. Brian Stelter, I just can’t get it, I just can’t get over some of these comments that, you know, aren’t we seeing the same thing with, with Michael Bloomberg?

Farron Cousins:                  We, we really are. And what happens is that the media and, and the DNC establishment types, they’re always trying to find a hero. And Michael Avenatti became that hero because he was representing the woman who Trump had an affair with and maybe this is going to take Trump down. Instead of focusing on policy, they said, well, this guy, this is it. And now that he’s not it and is heading to prison, they’re looking at Bloomberg and saying, well, well Bloomberg, he’s, he’s out there and he’s sticking it to Trump and he’s got some good zingers on him. So he’s clearly the hero of the democrats.

Mike Papantonio:             Without really taking a close look at the munchkin. I call him the little munchkin. I guess if he becomes president, we can save money on air first, air force one, we can get a smaller jet, we can have smaller limousines. I’ll tell you what really angers me, I guess we’re bro boys. I mean, this, we must be the Bernie bros that we’re talking about. He has a whole ad where he’s going after the Bernie bros saying, oh, they’re so violent. They’re, they’re just so nasty. Really? Take a look at some of the stuff this guy’s coming out with and he’s got a three minute ad talking about how bad the Bernie bros are, I guess we’re Bernie bros. I mean, I guess I’m proud to be a bernie, Bernie bro because I think the guy is a total loss. If you run him against, against Trump, he’s going to lose. The numbers speak for themselves. Bernie is killing it.

Mike Papantonio:             And if the establishment doesn’t like him, so be it. You gotta run the guy who wins. But we got a guy spending hundreds of millions of dollars to buy the presidency with the audacity to attack people who were supporting, supporting Bernie because clear, he really is the best of the candidates.

Farron Cousins:                  Well, and it is, as you said, it’s a lot like Avenatti because Avenatti had teased, maybe I’m going to run for president. You need somebody like me who can stand up to him and dish it out as well as they can take it, which that, that’s not a criteria for running for president, but that’s what Bloomberg thinks he can do too. And that’s why these two are so similar because they’re not running on policy and I know Avenatti’s not running, but they’re not talking policy. They’re not saying I can beat him because I’m better for the people. It’s, well, he insulted me, so watch how I insult him back.

Mike Papantonio:             You know what this makes me, makes me think back is Anthony Hopkins. Do you remember when Anthony Hopkins, it wasn’t long ago. It was a matter of months ago. How incensed he was that Hollywood and the talking, now Hollywood’s all over Bloomberg. That’s their guy, Bloomberg. He’s Hollywood. He’s, he’s middle of the road Democrat. He’s Wall Street Democrat. He’s great for us. He can be Trump. And I think of what Anthony Hopkins said as I look at what, he wasn’t just talking about movie stars. He wasn’t just talking about Hollywood. He’s talking about the talking heads that appear on places like CNN and MSNBC. He said, here’s the problem with the Hollywood thing. Most of those actors and actresses, they were trying to figure out how to play Macbeth while everybody else in school was trying to figure out humanity’s, history and civics. So here we’ve got them shaping public opinion on Avenatti, they loved Avenatti too.

Mike Papantonio:             Hollywood loved Avenatti, and now they love Bloomberg the same way. All these talking heads love him. I got to tell you, this is, this story is going to get really interesting as we go.