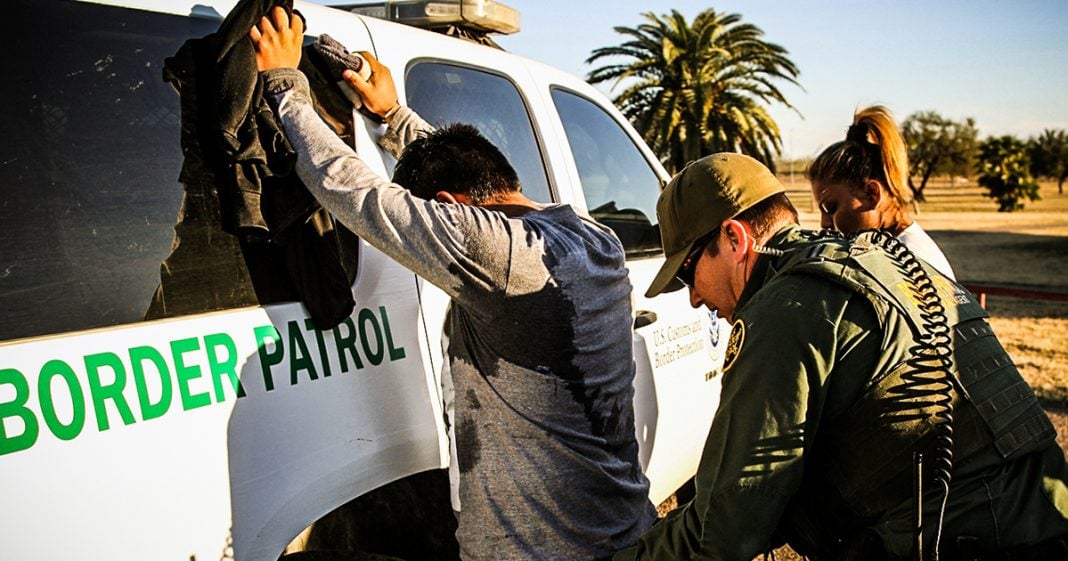 A federal judge this week ruled that both Barack Obama and Donald Trump have violated the Constitution with the disgusting and inhumane conditions in which migrants are held in the United States. The judge put an injunction in place, at least temporarily, that says migrants can no longer be housed in certain facilities for more than 48 hours, after which they must be released altogether or to a better facility. Ring of Fire’s Farron Cousins explains the ruling.

A federal judge in Arizona this week issued a stunning rebuke and condemnation of both the former Obama administration and the current Trump administration, when this judge ruled that the conditions in which migrants are being held at a Tucson customs and border patrol holding facility were in fact unconstitutional. Unconstitutional because we are depriving them of things like sanitary conditions, you know, personal hygiene items. We’re depriving them of sleep by not giving them blankets, not giving them clothing, not giving them mats to sleep on. They can sleep on the cold concrete floor. And the judge said this is unconstitutional and it’s important to point out, once again, that this was both Obama and Donald Trump because this lawsuit that the judge finally ruled on this week was filed back in 2015. It was filed before Donald Trump was even running for president. So yes, this does implicate Obama because these conditions first appeared under Barack Obama and yes, Donald Trump continued them and very clearly made them worse.

Both presidents were horrible on this issue and both should be held accountable. And that is what this judge was trying to tell us. Here’s a direct quote from the judges ruling. This is insane. The evidence is undisputed that conditions of confinement at Tucson sector CBP stations are substantially worse than conditions afforded criminal detainees at the Santa Cruz County jail or other jail facilities where detainees are medically screened by professionals, have a bed with cloth sheets, blankets and pillows, and an opportunity for uninterrupted sleep. They have clean clothing, including second layers for warmth, showers, toothbrushes and toothpaste, and warm meals with a variety of food choices, including fruits and vegetables, accommodating food allergies and religious belief. Likewise, the conditions of confinement for civil immigration detainees similarly improve once they’re transferred from CBP, holding cells to detention centers, operated by the US marshals, ICE, ERO, health and human services and other immigration detention facilities and organizations.

So this judge is telling us that if you go to any prison across this country, and you use Santa Cruz as an example there, but you go to any prison where you have actual criminals, not just people who crossed the border and need to be processed and wow, they have everything they need to sustain life. But not for these people who technically didn’t break the law, that’s insane, this judge is telling us, and this judge issued a ruling. It said, now you cannot hold anyone in this facility for more than 48 hours if you do not improve the conditions there. Make it to where these people can actually live to where they can actually sleep because you are depriving them and this is unconstitutional and again, it is worth repeating that this was happening under Obama. That’s when this lawsuit was filed because of the conditions under which Obama was holding these detainees.

Joe Biden was part of that administration too. The Obama administration was not kind to immigrants, folks. That is why Joe Biden on several different occasions, including earlier this week during the Nevada debate, gets interrupted by hecklers talking about the deportations. They weren’t very good at this. I don’t care if you love Obama or hate Obama, we all have to look at this reality for what it is, and that’s reality. Donald Trump likes to pretend that reality isn’t there, that he lives in his own version of reality, and that’s also dangerous, and we can’t allow ourselves to fall into the same trap just because Obama had a D behind his name. No, we have to look at it for what it is. We have to be realistic about this on the, and on the issue of immigration, Obama was not a very good president. He was great in some areas, this wasn’t one of them and I will also concede that, yeah, obviously Trump is much, much worse. But that doesn’t excuse what had been happening during the Obama years, and it certainly doesn’t absolve him from liability, at least according to this judge.