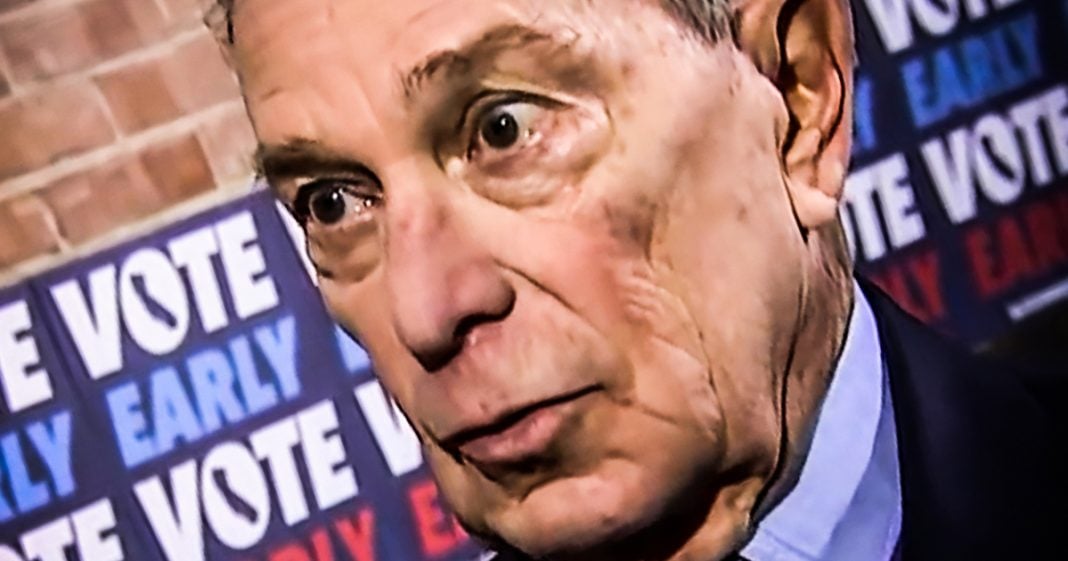 Michael Bloomberg’s campaign is reportedly going to pay a few hundred people up to $2,400 a month to become campaign influencers on social media. So if you’re hard up for cash and don’t mind throwing your moral compass out the window, then Bloomberg has a spot for YOU on the campaign. Ring of Fire’s Farron Cousins discusses this stupid idea and why it shows that billionaires shouldn’t be allowed to buy the presidency.

Let me ask you a question. How much is your moral compass worth? How much are your values as a human being worth? Well, if the answer is roughly $2,400 per month, than I have good news for you. You can sell those morals and become a complete total sellout shill for Michael Bloomberg and earn as much as $2,400 a month. Unfortunately, like most great offers, this is exclusive at the moment to just California where the Bloomberg campaign has announced that they’re going to be hiring 500 workers, paying them upwards of $2,400 per month, working 30 hours per week to go out there, use your social media, use your text message tree and tell everybody how awesome Michael Bloomberg really is. And folks, this is what money buys. This is what you can do when you’re a billionaire and money is not an option and you think you can buy your way into the election.

So here’s how this little sellout business works. You go to Michael Bloomberg’s campaign and you say, hey, I got a pretty decent social media following. I’ve got a big network of friends and a lot of contacts in my phone. I would like to sign up for your shill program and then it’s your job to text message your friends and family. They will likely also give you another list of people to text message. You will have to go onto your social media accounts, Twitter, Facebook, Instagram, and talk about how awesome Michael Bloomberg is. And of course they want the personal touch. Go out and physically talk to your friends and families and convince them that Michael Bloomberg is the person for them. Do you have to disclose to your friends and family that you’re pulling in $2,400 a month from the campaign? Probably not. Because if you’re willing to sell out like that, I’m willing to bet that you don’t have enough morals to fully disclose to everyone that you’re texting and posting to and speaking to that you’re being paid to do it. Now this story which just came out is actually in addition to what we have already seen from Michael Bloomberg where he’s been paying influencers, which is the dumbest thing in the world, on Instagram to, you know, post good fun memes about Michael Bloomberg.

He thinks he can win over the youth vote by paying some memers to make him look hip and cool and fun and awesome. This man is pathetic. I mean, absolutely pathetic and so as anyone who takes this offer. If you want to take this $2,400 a month for Bloomberg, again, right now it’s only in California, but they will likely expand it across the country and if you take that money, you’re a sellout. You have sold your soul, you have sold out your morals, you’ve sold out your own party to go back this Republican who has a history of misogyny, a history of racism, and he thinks he can just buy the presidency. You’re selling out to the oligarch, for what? For $2,400 a month? Well, folks, I hope it’s worth it to you because you’ve just given up everything that you had built for your entire life, your morals, your standards, your sense of self worth, willing to sell it out for $2,400 per month. That’s despicable. And again, not just for Bloomberg to do it, but for anyone who accepts it.