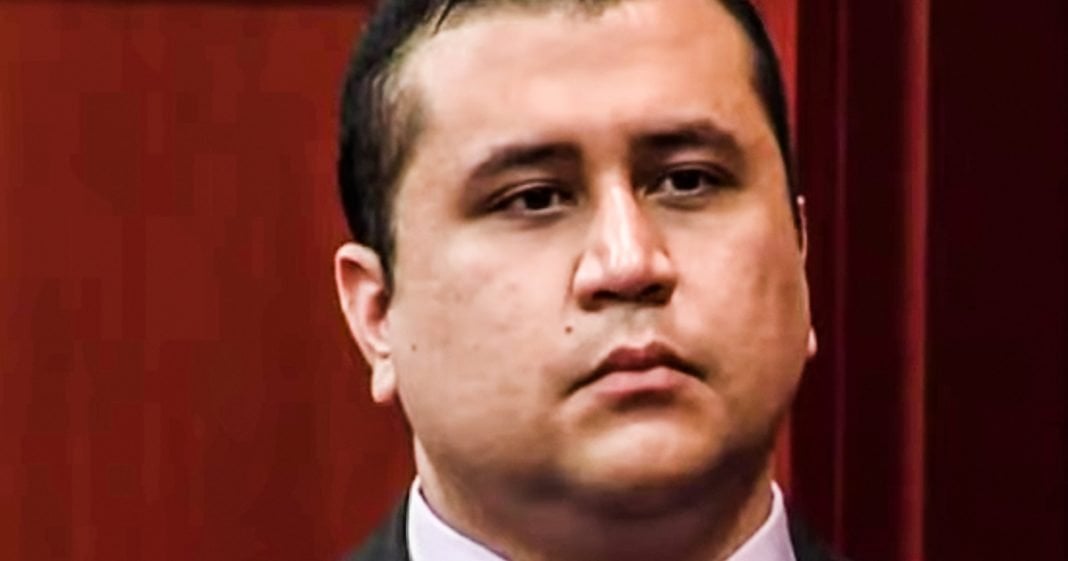 George Zimmerman is suing presidential candidates Elizabeth Warren and Pete Buttigieg for defamation, and he wants to get $265 million from the candidates. The issue is that both candidates tweeted out condolence Tweets for what would have been Trayvon Martin’s 25th birthday, calling out the need to end prejudice and gun violence. Zimmerman took it personally and now wants the candidates to pay for it. Ring of Fire’s Farron Cousins discusses this.

George Zimmerman is back in the news this week after he filed a defamation lawsuit against presidential candidates, Elizabeth Warren and Pete Buttigieg. George Zimmerman is suing these two individuals for $265 million because they allegedly defamed him on Twitter on what would have been Trayvon Martin’s 25th birthday. Here are the two tweets at question in George Zimmerman’s lawsuit. The first one from Buttigieg says, Trayvon Martin would have been 25 today. How many 25th birthdays have been stolen from us by white supremacy, gun violence, prejudice, and fear? #Blacklivesmatter. Elizabeth Warren tweeted out, my heart goes out to Sybrina Fulton and Trayvon’s family and friends. He should still be with us today. We need to end gun violence and racism and we need to build a world where all of our children, especially young black boys, can grow up safe and free. Obviously they did not mention George Zimmerman by name and for those who may not know for some reason, George Zimmerman is the man who killed Trayvon Martin because he felt afraid of him and he was acquitted of murder under Florida’s stand your ground laws, even though Zimmerman was the one who initially approached Martin, not the other way around.

Those are just the facts of the case and again, as I’ve said before in other segments, you do not necessarily have to name somebody in a defamation suit. So that argument that I still see on Twitter, that doesn’t matter. It doesn’t matter that they didn’t name him. If the public is able to discern that they were referring to him, he can sue. So there is a bit of a gray area and I don’t even know that that would apply in this particular instance because they did not directly tie Trayvon Martin’s death in those two tweets to the things they mentioned after it. They did not explicitly say that Trayvon Martin was killed because of racism or prejudice. They said those were things that need to end. They also said Trayvon Martin would be 25 today. Just because you say two things back to back does not necessarily mean that those two things are linked. I like making videos. I like eating pizza. Does that mean I make videos about eating pizza? No.

But that’s kind of how this works and that’s how the legal argument here would work. But here’s the thing, folks. George Zimmerman knows he’s not going to win this lawsuit. But George Zimmerman has repeatedly sued people who talk about what happened for hundreds of millions of dollars every time he’s lost every one of them, because this is a money hungry being. He still wants this notoriety. He wants to be famous and he wants to be rich. That is what we can discern from all of the available evidence, which is the nonstop lawsuits that he is filing. He wants to remain relevant, and the only way to do that is to continue filing these lawsuits. Zimmerman does not have a case here. These tweets were both harmless yet true. The points made by Buttigieg and Warren are absolutely true. We have to do something about this epidemic here in the United States. George Zimmerman wants to be famous. These other folks, Buttigieg and Warren, want to make the country a little bit better and I’m going to take their side on this issue any day of the week.