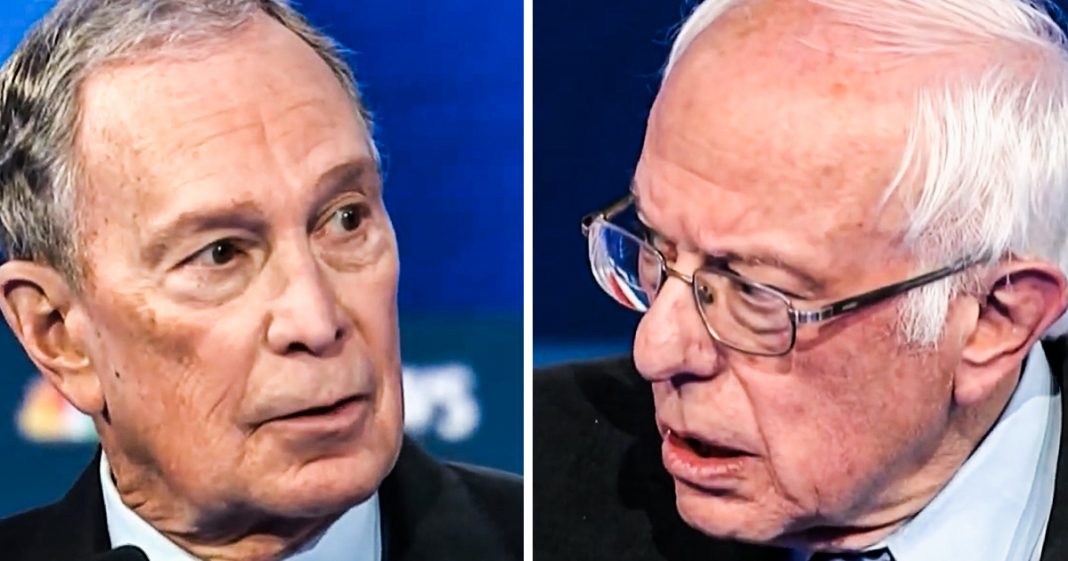 Michael Bloomberg’s campaign wants the rest of the Democratic field to drop out of the race so that he can stop Bernie. The campaign is warning that there are too many centrists running at the moment, and if they all split those votes, Bernie can sail to the nomination. This is arrogance of the highest level, and Bloomberg might have the money to make this a reality. Ring of Fire’s Farron Cousins discusses this.

Michael Bloomberg does not want to pay higher taxes. We have talked before about the fact that Bernie Sanders’ tax plan is going to cost Michael Bloomberg an extra three and a half million dollars per year. Or billion, excuse me, three and a half billion dollars per year, and he doesn’t want to pay it, so he’d gladly spend $1 billion if he needs to running for president than three and a half billion every single year paying it in taxes to the federal government. But Bloomberg, who by the way, has not been on a state ballot yet and had his first horrible debate performance last night actually has the audacity to ask these other people, will you drop out? I know I’m, you know, technically can’t even be voted for yet, so we have no idea how I’m going to do, but y’all need to go. You need to drop out and let me have this. That’s the arrogance that comes with being the eighth or ninth richest human being in the United States. Bloomberg thinks he is entitled to this because he has the money to buy it.

Now, don’t get me wrong, I would love to see collectively Biden, Klobuchar and Buttigieg all drop out right now. I do not like their candidacies. I do not like their policies and I do not want any of them to become the nominee. I would love it if they dropped out, but Bloomberg actually asking them to drop out so that he can sweep the nomination. Kind of makes me want to tell these other candidates, you know what? Stay in this thing. Stay in this thing just to piss off the billionaire because if that is the only thing you accomplish with your campaign, then you know what? I’m okay with that because Michael Bloomberg does not deserve the Democratic nomination. This is a guy who just two years ago was still a Republican and according to the policies that he talks about today, he still is a Republican.

He may not have an R next to his name, but he has one marked on his soul. This man is now and has always been, regardless of his party affiliation, a conservative. He is trying to buy this Democratic election. He is trying to muscle out the other moderates because he thinks that’s the way to stop Bernie Sanders. But even if he was successful with that, it’s not going to do what he thinks it will. Bernie Sanders is the real deal. Bernie Sanders is out there winning, and according to the latest polls out this morning, Bernie Sanders is the only candidate at the moment who still beats Donald Trump. Everybody else in the latest polling loses to him. So if the goal is to beat Donald Trump, Bernie is your guy. If the goal is to just beat Bernie in a primary, then I guess you should stick with Bloomberg and see how that works for you in the general election.