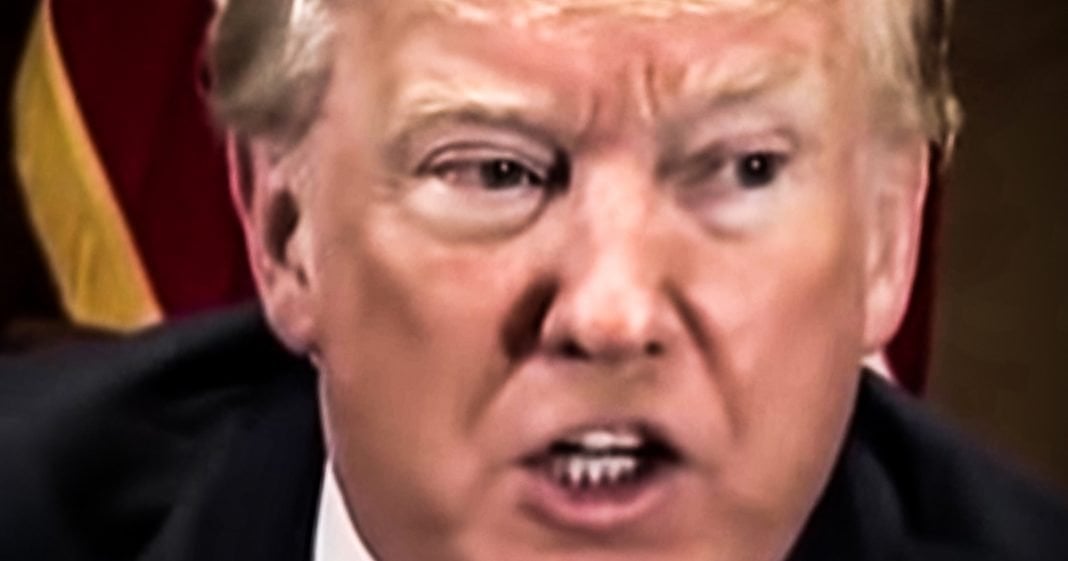 The Government Accountability Office has launched an investigation into the payouts from Trump’s farm bailout, as it appears that many qualifying small farmers were shut out of the program in favor of larger mega-corporate farmers. This was not what the program was supposed to do, and the GAO wants to find out why this turned into a bailout for the wealthy elite. Ring of Fire’s Farron Cousins discusses this.

The government accountability office, which is the nonpartisan wing of Congress that investigates budget matters, has launched an investigation now into Donald Trump’s farm bailout, which was designed or at least sold to the public as a way to help all these farmers who are being demolished by Donald Trump’s trade Wars. In 2018, Donald Trump pledged $12 billion to these farmers. In 2019, it was $14 billion and after these bailouts were announced, 40% of all farm income here in the United States came from this federal aid that Donald Trump promised. Now here’s the thing. The GAO at the request of Democrats in the House of Representatives decided to look into this matter and they believe that there is very clearly a system of favoritism happening with the Trump administration in their disbursement of this farm aid bail out money. Here are the two things that we know and reports have actually shown this over the last year.

Number one, most of the money, most of these billions are actually going to these mega super conglomerate farms. Right? The factory farms, the multimillion dollar farms owned by massive corporations. You know, the people who actually have the financial resources to weather a trade war for a couple of years. They’re not taking a big hit, and if they are, those profits are going to come back as soon as this thing ends. But that is where a lot of this money is going. It’s not going to the average little mom and pop farm who, you know, then sell their crops to a food distributor who basically have to live season to season. Most of the money’s not going to these people and that is why we have seen bankruptcies among this particular group of farmers skyrocket to a high we haven’t seen in over a decade, and that’s 100% because of Trump. Those are the people who were meant to be bailed out and they didn’t get it.

The second problem that the GAO has identified and other reports have confirmed this, is that most of the money seems to be flowing to red States. I mean, there’s plenty of farmland and farmers in blue States across this country. Yet most of the money is being concentrated on key areas in red States that Donald Trump would need to carry in order to win in 2020. And that’s part of the reason that GAO finally decided, you know what, we hear your complaints and we’re looking at this and yeah, something seems a little fishy and let’s be very clear about something. This bailout was 100% designed to get people to continue to vote for Donald Trump. He did not understand the effects of his trade war when he started it. He still, to be honest, doesn’t understand what’s happening out there or why it’s happening. He continues to lie to the public about it, but he understood, I guess after maybe somebody in his administration told him a few hundred times that Americans were in fact suffering, particularly farmers.

So he decided to throw a couple billion dollars at them so they would continue to vote for him and support him because if he were to lose that support, if he were to lose a lot of these Midwestern States support because his policies have bankrupted them, he would have no path to victory in 2020. That’s what this money was about. And now we’re finding out, and hopefully we’re going to find out even more from this investigation that those people who have been the hardest hit from Donald Trump’s trade wars have also been getting screwed by Donald Trump’s bailout program. And I’m willing to bet that that’s probably not going to be a very good thing for him when people go to the polls this coming November.