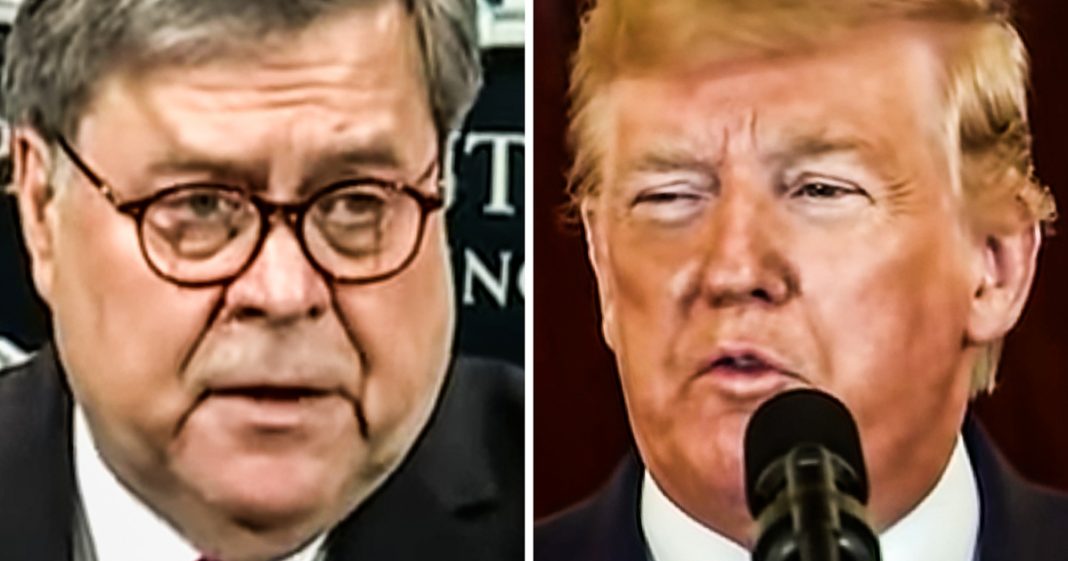 According to a new report, three DOJ officials have said that Attorney General William Barr is considering resigning because Trump won’t stop tweeting interference at the Department of Justice. There is plenty of reason to believe that this could be the case, but more than likely this is just the media trying to once again lead the public down a path that goes nowhere, as Ring of Fire’s Farron Cousins explains.

According to a shocking new report from the Washington Post where they spoke to three administration officials. They claim that William Barr, the attorney general of the United States, has actually contemplated resigning over the fact that Donald Trump is continuously tweeting out things that are essentially seen as orders to the department of justice. Now that’s, that’s pretty amazing, right? William Barr is actually considering resigning and that would be amazing news if you believe this. Me, I don’t think for a second, William Barr would ever consider resigning as attorney general of the United States. Now, I will admit it may not seem that farfetched at the moment, right? We have seen William Barr come out and he gave that interview last week where he said, Trump’s making it impossible for me to do my job because of his tweets, and the administration said, well, we’re not going to stop tweeting, but we sure do love William Barr.

William Barr’s not going anywhere. This whole thing feels extremely orchestrated. The White House even came out yesterday reaffirming their support for William Barr, multiple different Republican senators, including Lindsey Graham came out and did the exact same thing. So if there was any believability to this story, it would be this. Obviously William Barr knows exactly what he’s doing and William Barr seems like the kind of guy who doesn’t like to be told what to do. So if, if he were considering to be resigning, then I think it would be because of that, because he just doesn’t like to be told what to do. On the other hand, we have no inclination to know that that’s the kind of person William Barr is. In fact, everything throughout his history seems to suggest that William Barr’s the kind of guy who enjoys taking orders and doing whatever it is his commander in chief wants him to do. Whether it’s legal or not.