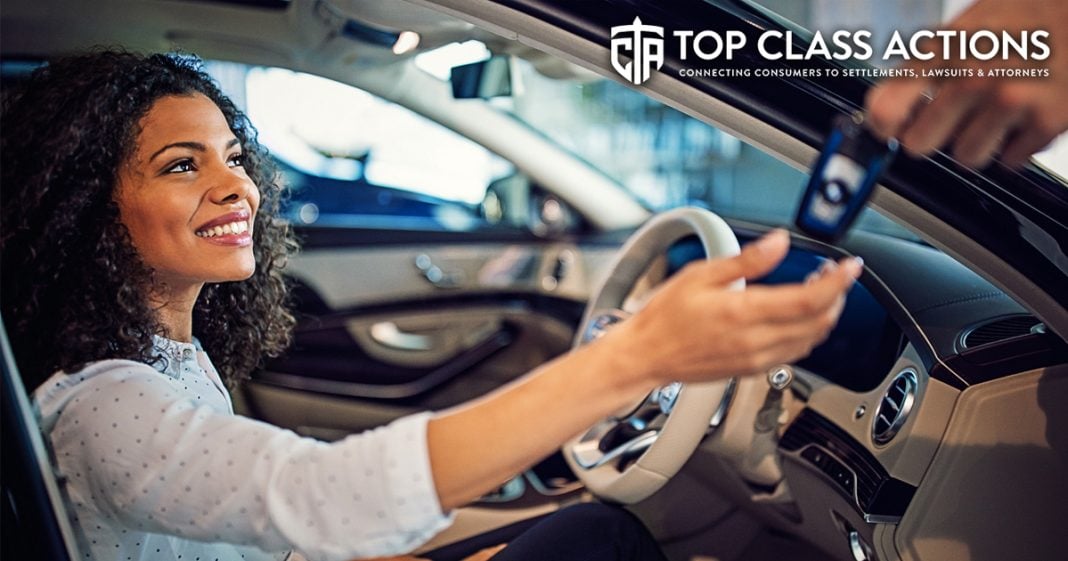 While it is not illegal for creditors to repossess a vehicle if a loan becomes delinquent, they are required to follow state law in order to do it legally. However, some lenders may fail to follow these requirements—specifically when sending letters and notices about repossession. Ring of Fire’s Farron Cousins discusses this with Scott Hardy, President of Top Class Actions.

Farron Cousins:                  While it may not be illegal for a company to repossess a vehicle that someone has purchased. There are things that the company has to legally do and provide to the person who owns the repossessed vehicle before they’re actually able to take that vehicle away and after they take the vehicle away, including giving the person notice if this car is going to be sold so that they can access their belongings, that may still be in the vehicle. And unfortunately we’re finding out more and more frequently, companies who are repossessing vehicles are not actually doing this for consumers. And I have Scott Hardy from Top Class Actions with me now to help explain what’s happening and Scott, right now there is an investigation happening. You know, you’ve got some great lawyers working on this to find out if these companies who are repossessing these vehicles are following the law because again, totally legal for a company to repossess a vehicle if you’re not making payments or whatever it is. But they have certain laws they have to follow as well, don’t they?

Scott Hardy:                          They do. And I gotta tell you, this was really eye opening to me when I was speaking to the attorneys handling this investigation to find out what exactly goes on because I honestly, a lot like, you know, most other people, I thought you don’t pay your car loan, your car gets repossessed. That’s, that’s pretty much it. But that’s not it. You know, there has to be the right notice that is submitted to you saying we’re going to repossess your car. If your car gets repossessed, then they have to send you the right notice about the auction. And then once it sells at auction, they have to send you the right notice about how much you actually owe. Because of course it’s not like they repossess your car and you go ahead and wash your hands of the whole situation. You’re done. Oh no, they’re going to sell your car for pennies on the dollar.

And then whatever is the difference between what they sell your car and what you, what your car loan was. Well, you’re still going to owe that. Oh, and by the way, we’re going to put some extra fees on that. And those are all different steps in the process where having the right notice is very important and many, many lenders don’t do it. And so we’re seeing that when this proper notice isn’t made, that those who actually had these loans may not have to pay them back. Those that have been found deficient may be able to get some of those marks taken off their credit record. If you receive a foreclosure notice in the last two years, I hope that you kept it because these folks would love to review it and see what they can do for you because they can make a difference. If your car’s already been taken, then your car’s already been taken. But there’s still some things that they could do to help wipe, you know, possibly wipe the debt off of your record.

Farron Cousins:                  You know, that is really interesting because I didn’t realize that, you know, like you, I thought, okay, well car’s been repossessed. You know, that’s just a horrible situation. But okay, that’s, that’s done now. I had no idea they still had to pay. You know, I mean, I thought that was kind of, well, you didn’t pay for this thing. So we’re taking the thing back, not we’re taking away the thing you didn’t pay for and you still have to pay for it. To me, just in general that, that, that sounds very, very weird. You know, and they, if they foreclose on your home, they don’t, as far as I know, continue to make your mortgage payment every month. They’ve got their collateral back out of it. Maybe it’s different with vehicles because they don’t gain value. They lose value. But, you know, that, that seems especially harmful to somebody who clearly was already in a position where they couldn’t make the payment to begin with. Now they gotta make payments on something that they don’t even have. I mean, that’s, that’s awful for these people.

Scott Hardy:                          Exactly, and that’s the thing is that these folks are already in a very tough situation. And so it’s really helpful if they get that notice, don’t avoid it. Even if you’re saying, Scott, I can’t pay it. You know, they’re going to repossess my car no matter what. Get it reviewed by one of these attorneys. It doesn’t cost you anything and it could help your credit. It might put some more money in your pocket. Who knows? It might even be able to help keep your car. So you want to be able to take that time and spend a few minutes submitting it. You know, you’ve, you’ve literally got nothing to lose here but a whole lot to gain.

Farron Cousins:                  And, you know, there was, there’s another part of this too in this article from Top Class Actions talking about the fact that they have to allow you the opportunity to go back to your vehicle to get any of your belongings out of it. And that’s something a lot of people also don’t think about. But, you know, we, we’ve seen from some of these shows, you know, the South Beach Tow shows like that, that kind of glamorize, we repossess cars for living. But people keep things in their car, they have lots of belongings and if they come in the middle of the night, take the car and the person doesn’t even know it happened, all of their stuff that was there is now gone off to wherever this car was towed to. And that’s another piece of this. They have to allow you the opportunity to go back and get your belongings, correct?

Scott Hardy:                          Exactly, you know, the, the people that are, have this big debt that are getting harassed by the debt collectors, they get really abused a lot of the time on the phone, via text message, via letters and they just worry, well I owe this debt. You know, I’m just going to take this abuse. Stop. You know, a lot of the way these debt collectors operate is illegal. And so we want to make sure that we are catching them when they’re violating these laws and when they’re harassing people. And if they are not performing and, you know, giving you that notice in a legal way, then you know, you, you should have somebody represent you. It doesn’t cost you anything. All these guys will do is try to, you know, get you some justice and hopefully help, help things out. But, don’t, don’t just be abused because you have a big debt. Talk to somebody that can help you.

Farron Cousins:                  Right, and as you just said, a lot of these lawyers are willing to do this for no upfront costs. So really it would cost you nothing out of pocket to make sure that you are not getting taken advantage of by the system. And for more information about this, again, everyone follow the link in the description of this video, go over to topclassactions.com. Arm yourself with this knowledge and for even more subscribe to their weekly newsletter. Scott Hardy with Top Class Actions, thank you very much for talking with us.