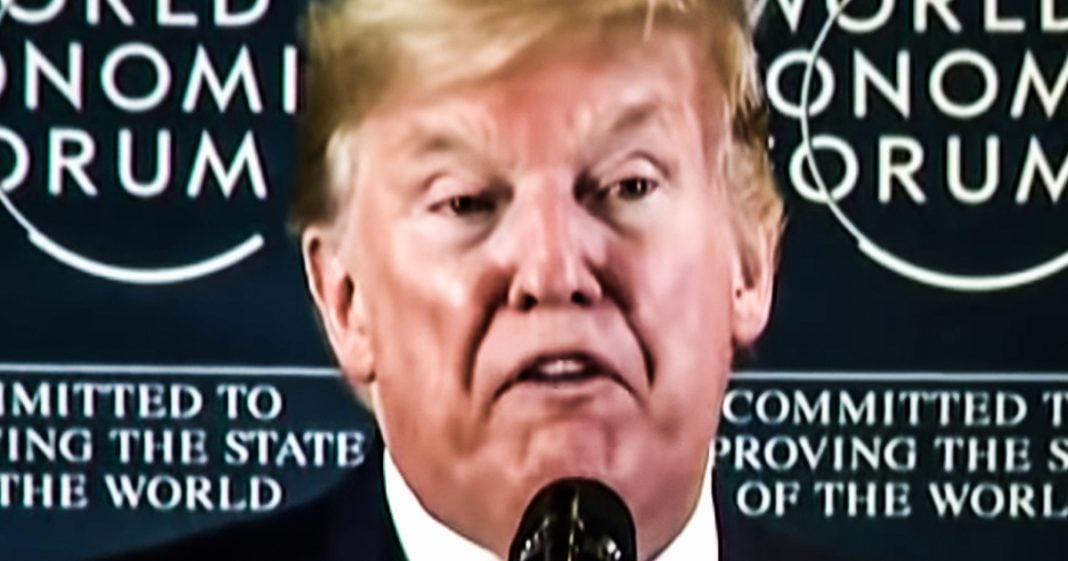 Federal workers were scheduled to get their annual raise, but Donald Trump has decided to slash the amount that they were entitled to. Instead, Trump says that “serious economic conditions” are limiting the raise this year, a sharp contrast to his claims that the economy is doing better than at any point in American history. Ring of Fire’s Farron Cousins discusses this.

A little noticed part of Donald Trump’s 2021 budget that was announced last week was the fact that he is actually going to cut the pay raise that was scheduled for federal workers. We’re talking about a little bit over 1 million workers who were scheduled to get a two and a half percent pay raise with this budget, but instead Donald Trump has decided you don’t need that much money, so we’re going to cut your pay raise down to about 1%. Now here’s the weird thing about this, not just the Donald Trump wants to cut people’s pay, that’s not surprising at all. What is surprising though is the reasoning that the White House gave for it. This is what they said, the country is in the midst of a national emergency or serious economic conditions affecting the general welfare, which the White House says authorizes the president to “implement alternative plans for pay adjustments, in the midst of a national emergency or serious economic conditioning.” So all those times Donald Trump tells us through his Twitter feed that the economy’s great. Economy is better than ever. People are making money hand over fist. The stock market is soaring. Unemployment’s at an all time low, he says the best in American history. But we’re somehow under some kind of national economic emergency that warrants reducing the pay raise for federal workers by one and a half percent?

Does this mean that Donald Trump does not believe his own lies about how well the US economy is doing? Clearly it does. Otherwise, he’s just a jackass using any excuse he can come up with to cut federal workers pay and we all know he wouldn’t do that. Right? The truth is that I honestly think at this point, Trump isn’t believing his own lies. He wants the public to absolutely, but he doesn’t believe them himself because he knows they’re not true. The economy is not doing wonderful, folks. If you’re not a member of the top 5% things aren’t that great. Over a hundred million people in this country classified as low wealth or poor, low wealth is just the diplomatic term for it. But let’s call it what it is, 140 million people in this country, very, very poor. And Trump understands that and he understands that when the working class has less money, they spend less money, and that in turn hurts businesses. He has seen the warnings from the economists telling us that a recession is right around the corner. He has seen the data from his trade war and he knows that we are the ones paying the prices, even though he’ll never admit it. The economy is not doing well, folks, and even Donald Trump understands that, at least in private.