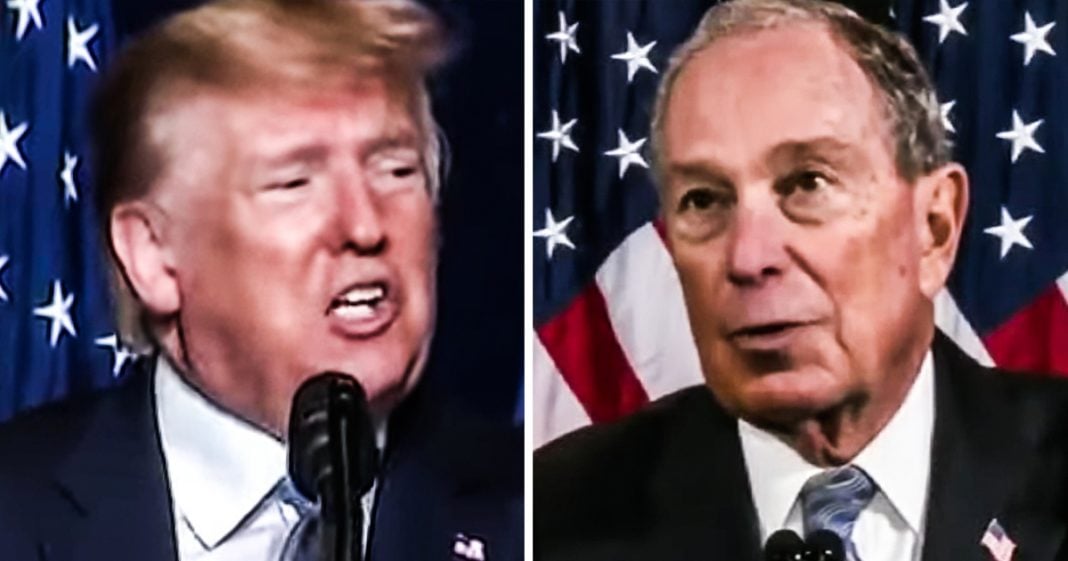 Michael Bloomberg is somehow still rising in the Democratic polls, but voters need to realize that the man they are elevating has far more in common with Donald Trump than he does the average American. In addition to sharing many of the same views as Trump on social issues, Bloomberg is also seeking the Presidency for one reason – To make money, just like Trump. Ring of Fire’s Farron Cousins discusses this.

Bernie Sanders’ proposed tax plan, his wealth tax would make Michael Bloomberg pay $4.7 million or billion, excuse me, $4.7 billion more per year in taxes. Under Bloomberg’s own plan, he only has to pay $1.2 billion more per year. Still obviously pay more than a billion in taxes, right? But three and a half billion dollars less than what the current Democratic front runner is proposing. Michael Bloomberg wants to be president of the United States because he wants to save himself money and probably make a little money in the process too. No different than Donald Trump. Heck, based on the audio we’ve all heard in the last week or so, it’s pretty evident that Michael Bloomberg also shares Donald Trump’s views about race. He is the Donald Trump of the left. Honestly, he’s probably the Donald Trump of the right too. The two are cut from the same cloth. Michael Bloomberg is not a Democrat. Michael Bloomberg is not a person who cares about the struggling of American citizens out there.

He is an opportunistic billionaire oligarch trying to buy his way into the highest office in the land. Exactly like what Donald Trump did. There is no difference between these two men whatsoever except for a couple billion dollars in net worth, in which case Bloomberg has the advantage there. And what we see it over the past week is that Bloomberg and Trump have engaged in a pissing contest. Oh, you’re short. Oh, well I’m richer and you’re fatter. And all this stuff, stuff that has no bearing on being the president of the United States but that is what this has devolved into. These two whiny billionaires bickering back and forth, even though they used to be good buddies. You know, we’ve got pictures of the two of them out there on the golf course together yucking it up with people like Rudy Giuliani and Bill Clinton in there too. They’re all the same. They don’t want to be president to help people. They want to be president because they think it’s going to put a few more dollars in their pocket, and Trump has proven that it will definitely do that.