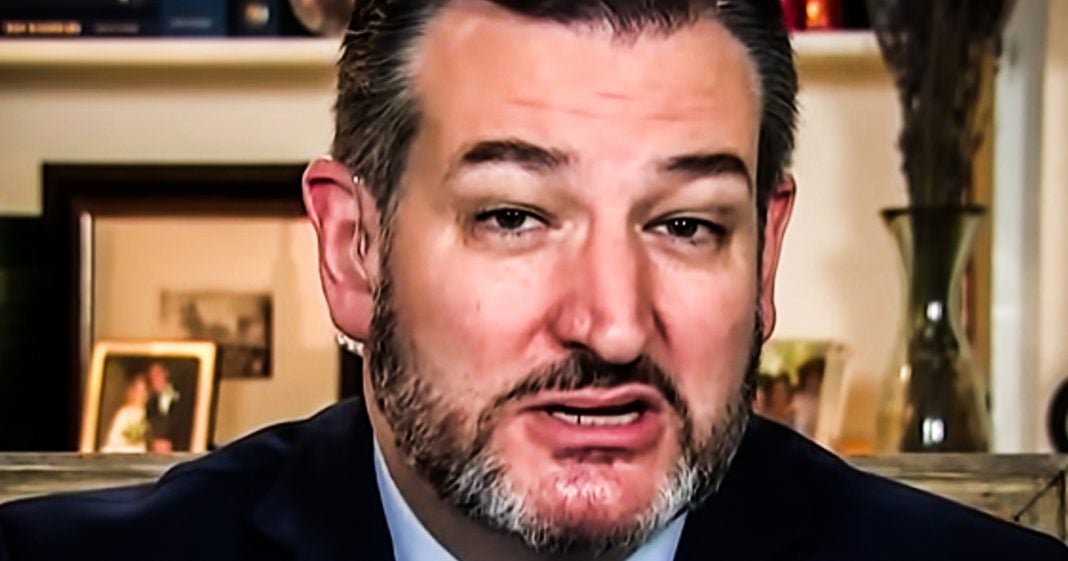 Ted Cruz is sick to his stomach over a bill in Alabama that would force men to have vasectomies after the age of 50 or if they already have 3 children. Cruz apparently doesn’t believe that the government should be able to dictate what you do with your body, which makes him the least self-aware pro-choice advocate in the country. He fell into the trap and exposed his party’s hypocrisy, as Ring of Fire’s Farron Cousins explains.

Over the weekend, Republican Senator Ted Cruz became an unwitting pro choice activist with a simple tweet. You see an Alabama lawmaker by the name of Rolanda Harris, Hollis, excuse me, Rolanda Hollis. Now, she is a state representative in Alabama from the city of Birmingham, and she is a Democrat, and last week she proposed a piece of legislation that would require all men within one month of their 50th birthday to undergo a vasectomy. Or if you’ve had three children, you got to have a vasectomy. Now, this bill was never meant to pass. We have seen similar legislation like this at the State level over the last few years. It was just meant to show the hypocrisy of Republicans trying to control a woman’s reproductive system. So Hollis came out and said, you know what? There’s no legislation restricting a man’s reproductive system. So how about we change that? So Ted Cruz took the bait hook, line and sinker and tweeted out this while re-tweeting her story. He said, yikes. A government big enough to give you everything is big enough to take every, to take everything, literally.

So now you’re pro choice Ted, is that what we can surmise from your tweet here? Suddenly you do not want the government to tell you what you can or cannot do to your own reproductive system. Is that what you’re saying here? Because really you cannot have it both ways. Either you have to say that the government has no business being in our pants or the government has business being in everybody’s pants regardless of their genders. And Twitter made sure to point out how hypocritical Ted Cruz was and that was one of the best things about this. This was a brilliant self-own by Ted Cruz because he did not realize what he was doing. Doesn’t understand that he and his party had been fighting for decades to take away the right to choose for women. And now women tried to take away the right to choose for men just to prove a point. And as expected, as representative Hollis wanted to happen, these moronic Republicans like Ted Cruz took the bait and ran with it and they showed us how hypocritical and to be honest, downright stupid, a lot of these Republicans truly are, and that includes Ted Cruz.