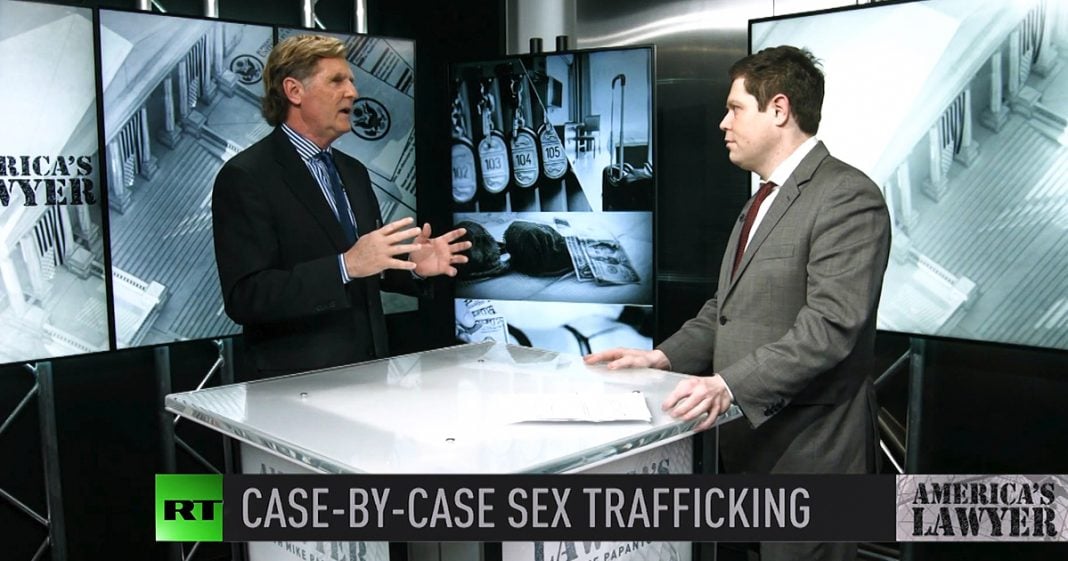 Via America’s Lawyer: Mike Papantonio is joined by human trafficking attorney Steve Babin to explain how the recent denial by federal judges to consolidate sex trafficking claims will impact lawsuits moving forward. What are the next steps for bringing hospitality chains to justice, who have been directly profiting off prostitution rings, 92% of which take place in hotel rooms?

Mike Papantonio:             A panel of federal judges ruled against an effort to consolidate and centralize hotel sex trafficking lawsuits. The petition aimed to hold these hotels accountable for profiting off the backs of women and children by hosting sex trafficking and prostitution on their property. I’m joined now by attorney Steve Babin, who specializes in human trafficking law. Steve, I think this was a surprise to everybody. I don’t think it’s, I don’t think this court’s over with this. I think they’re going to look at it again, hopefully. But this first decision, it, it does cause some problems for, for trying to solve this trafficking problem doesn’t it?

Steve Babin:                         I think it causes some problems, but we have a path forward. I think that what happened was the panel failed to recognize the breadth and scope of the issue was one problem and also that there is a, what the common question of fact was with respect to all of these cases.

Mike Papantonio:             Yeah. Well, a lot of times a panel of judges is, they’re, they’re posed a question that they don’t, they’re not in the middle of the fight. So I think your next step, this is not over, this is just the beginning, isn’t it? What is your next step? What do you want to do next to keep this trafficking case moving? Because it is heavily, heavily a hotel issue. It’s a trucking company issue. It’s all the, it’s an airlines issue. Interesting to me, the airlines are doing something about it. The airlines, if you walk through Atlanta airport, you hear time and time again, the idea of about, if you suspect trafficking is taking place, call 911 right this minute, right?

Mike Papantonio:             Well, the advantage, the advantage of consolidation is you have one judge that’s looking at all the facts for the entire nation. It’s called an MDL. That’s how, as a matter of fact, how we’re trying to solve the opioid crisis. That’s how we, we solve hundreds of major complex cases where you have one talented judge making decisions about the evidence, about what’s admissible, about what the companies did. And that’s what you were asking for here, right? You’re asking to say, can you please put this in front of one judge? And that was up in Ohio correct?

Steve Babin:                         That was up in Ohio where I am and yeah, that’s exactly right. You can have one judge see the entire problem and hear what the problem is, is it’s the same across the board. It’s the deliberate repeated refusal to implement policies and procedures that would catch and, and prohibit sex trafficking from occurring on the premises. And the brands say, well, you know, we couldn’t recognize or control sex trafficking and I think that argument is untenable. The, the reality is if, if somebody walked in, a man walked in who’s in his, whatever age the guy is, with six girls in their 20s and paid with cash in hotel rooms for week long stays, you gotta know something’s going on.

Mike Papantonio:             Okay. You’ve asked us to be involved in the trial of these cases. We will be trying these cases. I think that what’s going to happen here, and this is unfortunate, but the companies who know they’ve done wrong are going to be hiding behind the companies who kind of tried to do this right. Some companies, hotel companies, airline companies, trucking companies, they’ve come up with standards and they say these are the standards we’re going to follow because we know in the hotel industry, 97% not, tell me if I’m wrong about it. It’s nine, 97% of all human trafficking, primarily of children, takes place in hotel rooms. In Atlanta for example, they bring kids into Atlanta central location. People fly in from all over the world to actually be involved with sex trafficking. They all meet there in Atlanta. They’re there for two days and then they leave. The airlines industry knows that the hotel industry knows that and you’re asking the hotel industry to step up and do their job, right?

Mike Papantonio:             What will a class action allow you to do? To me, if I think of your class action that you’re filing, it allows, it allows lawyers to do discovery, to take depositions, to go after documents that show that the hotel industry clearly knew what was going on. Even though this panel decided now’s not the time, when we get those documents and we can show them more, don’t you, don’t you kind of feel like everything falls into place?

Steve Babin:                         Everything should fall into place. And what the class action does is exactly what you said. It lets us ask questions and determine, you know, how much did you know and did you know? And what we will find is they absolutely did know.