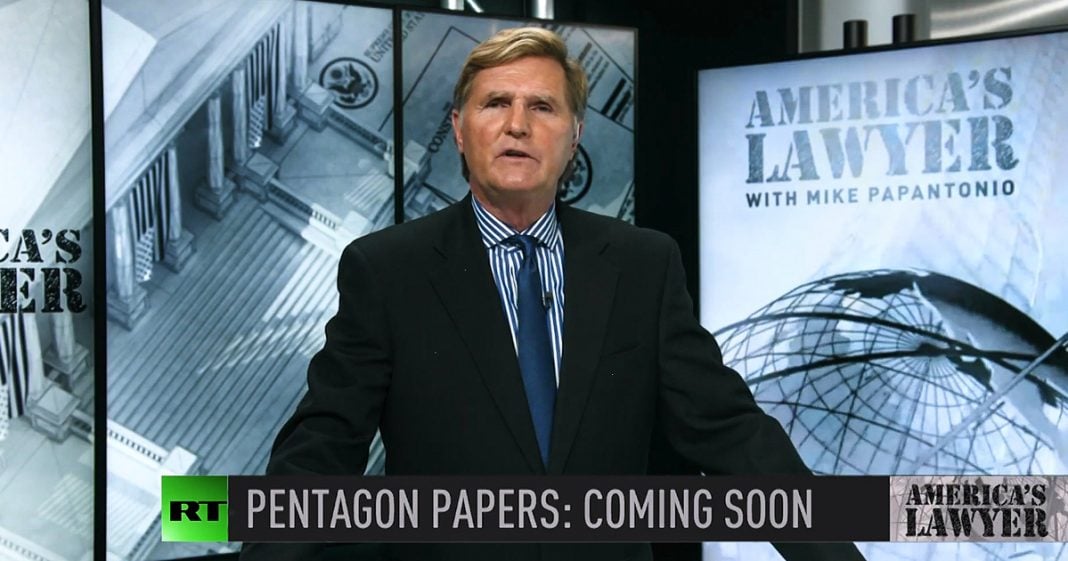 Via America’s Lawyer: A federal judge ruled last week that the grand jury material that was used to create the Pentagon Papers can finally be released to the public, nearly nine years after the full Pentagon Papers had been released. Mike Papantonio explains more.

And finally tonight, some good news. A federal judge ruled last week that the grand jury material that was used to create the Pentagon Papers can finally be released to the public, nearly nine years after the full Pentagon Papers had been released. This is a major victory for the American public if they’re paying attention. When the Pentagon Papers were revealed in 1971 the public learned that the government had been lying to them for years about it’s military involvement in Vietnam and Cambodia.

The military, the president and members of Congress were all implicated in that vast cover-up and the public learned of this through the work of Daniel Ellsberg. And even with the full release of the papers in 2011 the public still didn’t have the full story and that’s why we’re hopeful that we’re going to get grand jury materials that could be released very soon. In order to fully understand how deceitful our own government sometimes is, this release is absolutely vital and luckily the judge who made that decision understands that.

That’s all for tonight. Find us on Twitter and Facebook at facebook.com/rtamericaslawyer. You can watch all RT America programs on Direct TV, Channel 321 and also stream them live on YouTube. And be sure to check out RT’s interesting new portable app where you can watch all of your favorite shows, not just RT shows, but all your favorite shows. I’m Mike Papantonio, and this is America’s Lawyer, where every week we tell you the stories that corporate media is ordered not to tell because they’re advertisers simply won’t let them. Have a great night.