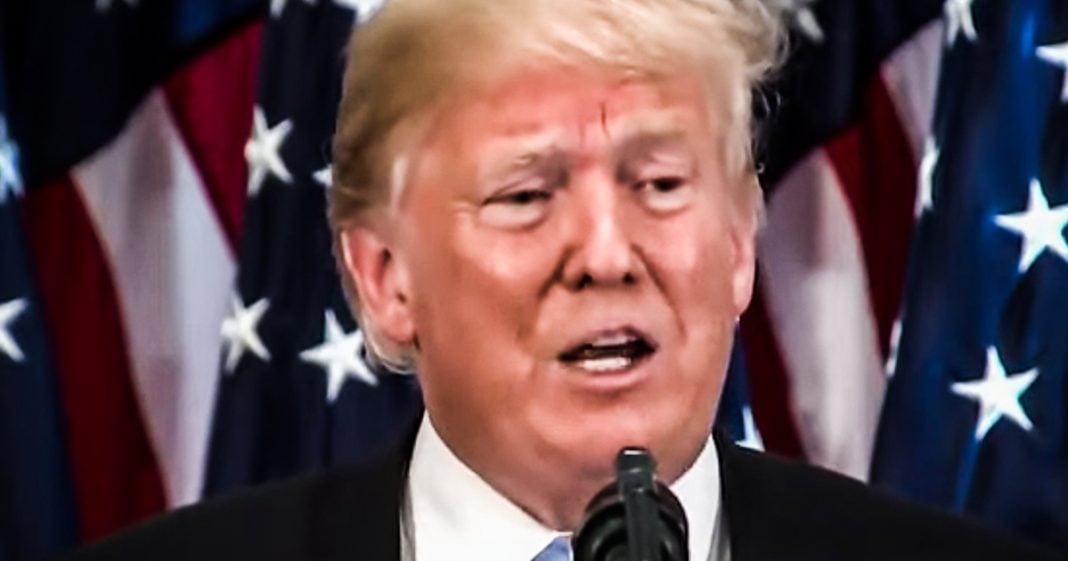 Donald Trump’s disastrous budget proposal should be more than enough to scare working-class voters away from his camp, but only if Democrats make it a campaign issue. The budget is filled with giveaways for the wealthy and also cuts for the needy. This is a huge gift to the Democrats, but they rarely take advantage of such opportunities. Ring of Fire’s Farron Cousins explains how the Democrats can use this to their advantage.

Let’s talk strategy for a bit here. Earlier this week we got Donald Trump’s 2021 fiscal year budget proposal that includes cuts to Medicaid, Medicare, social security, food stamp programs, the national Institute of health, the centers for disease control, student loan forgiveness programs. Basically, if it’s a program that’s good and works in this country for not the wealthy, Donald Trump has proposed slashing it

and the Democrats aren’t out there already talking about it enough. You know, the budget hit, we saw headlines for a good 36 straight hours and then nothing whole thing just goes away. Whole thing goes away. The one thing they’re still talking about though is that all it looks like Trump lied cause he said he’d never caught these things and now he’s trying to cut these things. That’s not a talking point. The talking point needs to be from now until the election. Donald Trump wants to harm anyone who’s not a member of his club. See, this budget is the biggest gift that Democrats could have asked for in an election year because it disproportionately affects Donald Trump’s base. It harms the working class. It will absolutely destroy the economy by harming the working class. It puts more money into the war machine and gives more money for Donald Trump’s border wall that just blows over when the wind blows. That’s your talking point, folks, Democrats, this is what you need to be hammering him on policy and proposals. Proposals that hurt the average American citizen. As it stands right now, we have 130 American citizens, more than a third of this country who are currently on a government run healthcare program, either Medicaid or Medicare, and those 130 million people are about to see their benefits slashed because of Donald Trump’s budget.

That’s 130 million voters folks, 130 million. Do you think they’re paying attention to the news or do you think that the news programs they’re watching are telling them that their program that they depend on is about to be cut? I’m willing to bet. No. Even if they are tuning into MSNBC or CNN because they’re not talking about this enough. Their local news isn’t going to tell them this because local news tries not to be political, even though they’re owned by a massive conservative Republican corporation. So of course they’re not going to say it. Nobody reads newspapers anymore, so they’re not going to see it in there. So how are these people going to get this information? How are these people going to know that they personally are going to be harmed by Donald Trump’s budgets or at the very least that he wants to harm them?

The answer is simple. You have to talk about it on the campaign. People are paying attention to that. News stations are running these speeches from the candidates and that’s what they have to focus on here. As I said, this is a huge gift to the democratic party. You have to go out there and you have to talk about this. You have to talk about how this budget’s going to hurt the economy, how it’s going to hurt all the other people in this country. Even if you’re not on a program that is going to be slashed. Because if you work with people who are on Medicare, which isn’t uncommon, you work with people who are on Medicaid also not uncommon. Suddenly when they have less healthcare, they’re taking more sick days. They’re dragging down productivity because they simply can’t afford to stay healthy anymore. Maybe more work piles up on you. Maybe your business itself suffers, but then we see those ripple effects all throughout the economy.

That’s how that works. But if we take care of these people, if we say, you know what, I’m fine with my tax dollars going to this because it helps everyone. Then suddenly you’ve got a very real talking point, but if you let the Republicans jump on this and you let the Republicans get out there before you and start saying things like, why should you pay for their healthcare? Then you’ve already lost the battle because once that talking point starts, there is virtually no way to come back from it.