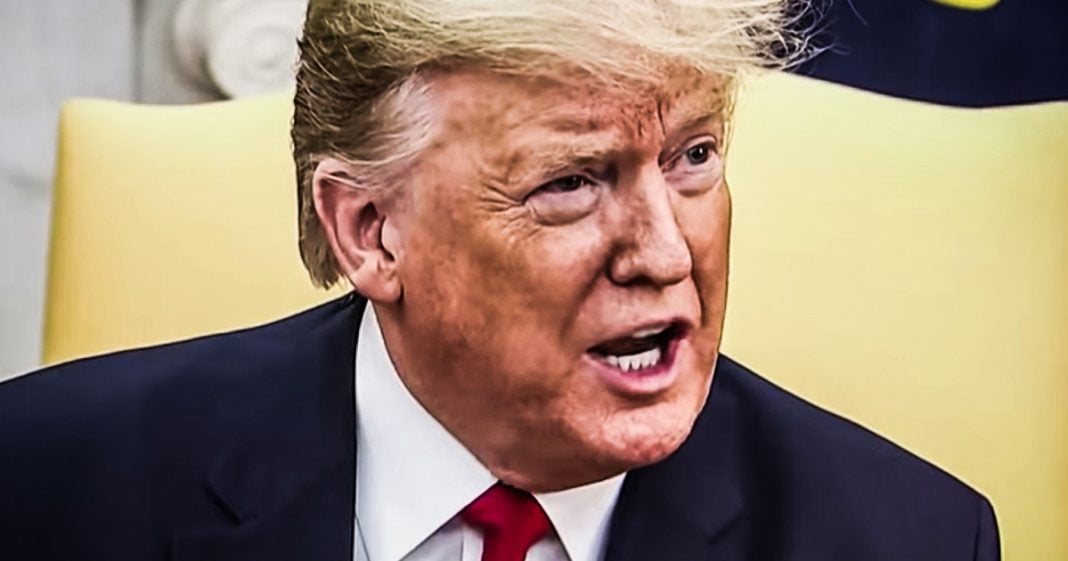 Donald Trump has hired a man named John McEntee to be in charge of personnel at the White House. If that name sounds familiar, it might be because McEntee had already been forced out of his previous White House job for failing to obtain a security clearance because he had been accused of committing multiple financial crimes. But that doesn’t bother Trump – and it may actually be why Trump likes the guy so much. Ring of Fire’s Farron Cousins discusses this.

Donald Trump has hired a man by the name of John McEntee, age 29 not that that necessarily matters, but let’s point out this guy is fairly young, but anyway, Mr. McEntee has been hired to head the White House presidential personnel office, which means that Mr. McEntee is now going to be in charge of the hirings and firings and other personnel decisions happening inside the White House. That is a hell of a responsibility for a 29 year old, especially one that had actually already worked in the Trump White House. Se, Mr. McEntee was actually on Donald Trump’s team as far up to a 2018. John Kelly was chief of staff and John Kelly was getting a little perturbed with Mr. McEntee back in the day. Because it turns out that Mr. McEntee was having some problems with his security clearance, wasn’t able to get it because there were lots of red flags in his record and those red flags happen to be an investigation by the Department of Homeland Security into alleged financial crimes that Mr. McEntee was believed to have committed that involved both online gambling and potential tax fraud.

And so after all of this was revealed and Mr. McEntee was kind of shown to be really somebody you don’t want to trust, the White House had him fired. But not just fired, not just go get your stuff and you know you can get outta here. They had security come out, escort him off of the White House grounds and the man was actually not even allowed, because they didn’t trust him, to go back in and gather his personal belongings, which included his jacket. He didn’t even get to go get his jacket, which I’m assuming is still sitting there in the White House lost and found and hopefully he can go back and get it now because Donald Trump doesn’t care about these things because John Kelly is gone. So it doesn’t matter if you hire a man accused of financial crimes. It doesn’t matter that you hire somebody who’s 29 years old and has already been investigated by the Department of Homeland Security and basically has no idea what they’re doing and they’re not even good enough to get a security clearance.

This is now the kid in charge of hiring and firing people working inside the White House. And for all we know, he may have committed massive financial crimes, but for Donald Trump, that’s not even a turnoff. Heck, that might’ve been something this kid bragged about on his resume, considering who he’s talking to. Donald Trump has been implicated in several different financial fraud schemes, some of them in front of Congress. The other is being investigated up in the state of New York. So, so yeah, birds of a, of a feather, right? That’s what this is. But don’t worry, folks, McEntee is not the only former member of the Trump administration coming back for the reunion tour. Hope Hicks will also be returning from her short stint at Fox news. And there’s also rumors that both Sean Spicer and Reince Priebus might be taking smaller roles inside the Trump administration. So this truly is a reunion tour for some of the worst people ever who have served in the Trump administration.