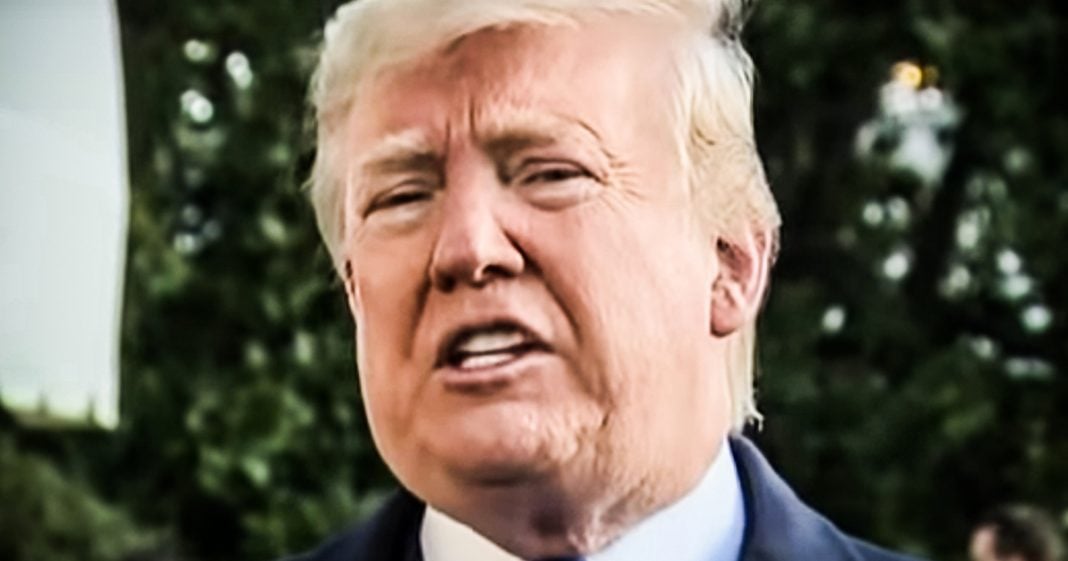 Donald Trump wants Senate Republicans to investigate alleged corruption of his political enemies, but if the courts side with Trump on other issues, that would effectively make these investigations illegal. Trump managed to wedge himself between a rock and a hard place, and there is literally no good outcome for him on this matter. Ring of Fire’s Farron Cousins explains what’s happening.

Well, it’s been a pretty interesting ride since Donald Trump was officially acquitted by the Senate and Trump and some of his allies have suggested that there’s going to be retaliatory investigations into some, some of Donald Trump’s political enemies. Maybe Adam Schiff, you know, maybe Jerry Nadler. Definitely Joe Biden, right? Joe and Hunter Biden are definitely going to get investigated. I mean, Lindsay Graham told us that they’re going to have their Senate committees start working on the Biden issue. Not all Republicans are on board, but they really don’t have much choice, Lindsey Graham is going to force it. Donald Trump is working closely with Rudy Giuliani to dig up dirt in Ukraine and bring it back to William Barr at the DOJ. Barr confirmed that earlier this week, that is a thing that’s actually happening. So yeah, these investigations are going smoothly for the Republican party until Trump’s own actions come back to bite him square in the ass.

And here’s what I mean. It’s not just, oh, the Democrats are probably gonna investigate. No, no, no, no, no. Here’s the thing, folks. The Democrats have investigated lots of things with Donald Trump, right? You know, his tax returns, his financial records, the whole Ukraine thing, the obstruction of justice, Democrats in the House have done a lot of investigations and each and every one of them, the Trump administration has argued against in court, tried to stop them. And that includes the department of justice itself going to court and saying that, no, you cannot conduct these investigations because they have nothing to do with legislation. We’re waiting on the Supreme Court to make a ruling on these. And if that US Supreme Court says that you cannot carry out these investigations if they are not related to any legislation, then that means all of these little investigations that Donald Trump and the Republicans in the Senate are trying to launch, die immediately.

If the Supreme Court says, no, you do have the authority because it’s literally written in the constitution that you do, and you can carry out these investigations, then great. The investigation into Joe and Hunter Biden continues and so does the investigation into Donald Trump’s financial records and his obstruction of justice and everything about his tax returns. Donald Trump has somehow managed to wedge himself between a rock and a hard place. Because no matter what these court decisions do, he’s going to lose. Either he’s not able to keep investigating Biden or the Democrats are able to keep investigating his financial crimes, potential financial crimes. He doesn’t win this, and I’m sorry, but I kind of love that a little bit because he is the one who sent the actual department of justice, instead of just his own personal lawyers, to court to make the case that you can’t investigate people if it’s not related to legislation. And now those arguments by the federal government itself could absolutely tank Donald Trump’s hopes and dreams of digging up a little bit of dirt on Joe Biden. You want to dig up dirt on Joe Biden? Go look at the way he treats reporters. Look at the speech he gave by the pool. That’s good enough to tank Joe Biden’s candidacy and that’s already been reflected in the polls. You don’t have to travel overseas to make Joe Biden look like an idiot.