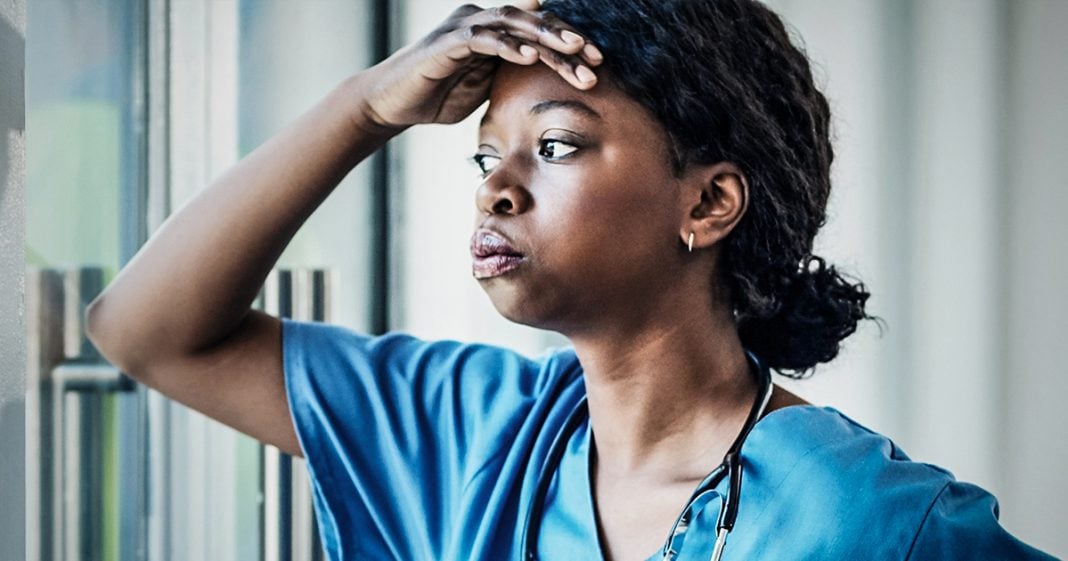 Donald Trump’s 2021 budget calls for some massive cuts, and one of the most-overlooked cuts is his proposal to completely end a student loan forgiveness program for teachers and federal workers. This is the third year in a row Trump has tried to dismantle the program, but luckily the Democrats in the House will have the final say on that issue. Ring of Fire’s Farron Cousins discusses this.

There’s been a lot of talk about the budget that Donald Trump proposed earlier this week. The 2021 fiscal year budget, that cuts social security, cuts Medicaid, cuts Medicare, cuts food stamp, cuts all of the government agencies that we actually need to function to keep a healthy country. One of the things that has not been discussed very much though is a program that for the fourth year in a row, Donald Trump is trying to cut once again. And this program happens to be a student loan debt forgiveness program for federal workers who go to these low wage jobs and worked there for 10 years. Now this was signed into law by George W. Bush of all people in 2007. And as I explained, basically what it is, is, you know, you take a job with the federal government, you work at a, obviously a lower wage than you would probably out there in the private sector.

This includes teachers, nurses, social workers, things like that. And if you’re there for 10 years, you know, basically doing your duty, serving this country that way for 10 years, making payments on your student loans the whole time, we’ll forgive them. You know, you can apply, we’ll evaluate and we will forgive your student loans. That’s a pretty decent deal, right? It doesn’t apply to many people in this country, but it’s a fairly decent program. It’s not perfect. In fact, it’s riddled with flaws and doesn’t go far enough, but hey, it’s something. Right? And for the fourth year in a row, Donald Trump has put in his federal budget that he wants to kill this program at a time when American citizens are sitting on one and a half trillion dollars worth of student loan debt. Wants to kill it.

Luckily, that’s not going to happen because every time he has put this in the budget, the Democrats in the House of Representatives have taken it out and obviously now that they control the House of Representatives, it’s going to be pretty easy to take out this provision. But what this shows us is how little Donald Trump understands about the issues actually affecting average American citizens. That’s what this is about. This isn’t just, oh, Trump’s so cruel and mean is that this man literally doesn’t understand because he’s incapable of it, because he hasn’t lived a single second of his life outside of his ivory tower. He doesn’t know and therefore he doesn’t care. He has made no attempt to know what happens to the rest of us because it doesn’t affect him personally, and if it doesn’t affect him personally, then it’s not something he wants to protect or fight for.

Contrast that with a guy like Bernie Sanders who actually understands. A guy who’s been all over this country and not just for rallies, has spent time actually talking to these people, not talking at them. Bernie wants to get rid of all student loan debt. Trump doesn’t even want low wage nurse, nurses and social workers and teachers to get debt forgiveness after 10 years. It’s not just about him being heartless or cruel, it’s about him lacking a fundamental understanding of the problems that affect each and every American citizen that isn’t a member of the top 1%. He will never understand those problems and therefore he will never care about them either.