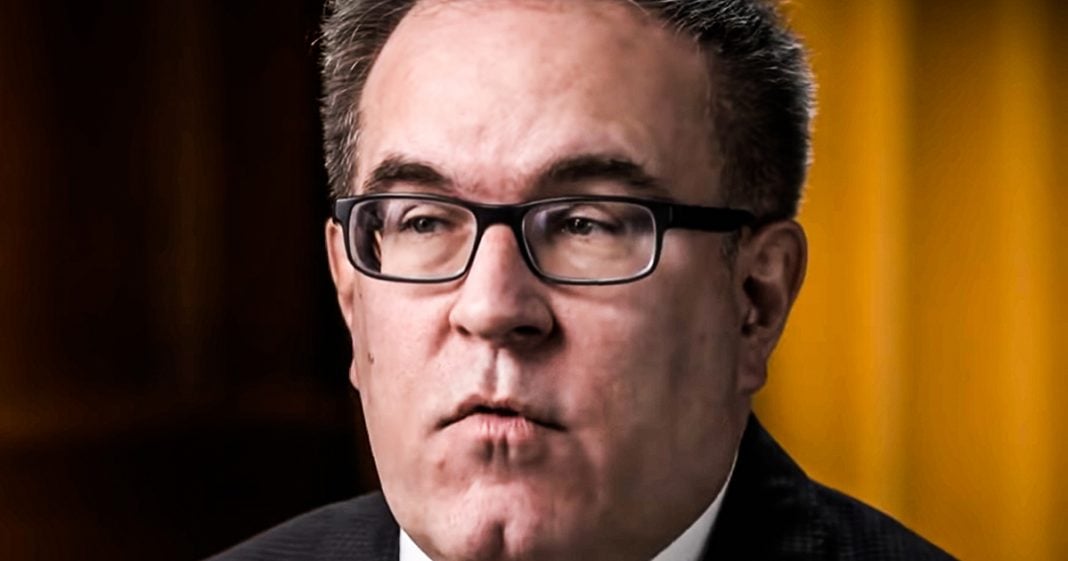 Democrats on the House Science Committee are demanding answers from the EPA as to why they are proposing to limit the amount of influence that actual scientists have in their agency and in rule-making decisions. The EPA has been pushing to limit the role of scientists, instead replacing them with insiders from the very industries they are supposed to be regulating. Ring of Fire’s Farron Cousins discusses this.

Back in December, the environmental protection agency circulated a memo that outlined their proposal to limit the amount and types of information that this agency sends over to his Science Advisory Board (SAB). Now, the Science Advisory Board for those of you who are not familiar, is a 40 plus member group typically made up of scientists who get to review information from the EPA for the EPA. You know, they look at things and say, Hey, this may need a regulation here, or this regulation is not strong enough. But typically this Science Advisory Board is the one that comes out to the EPA and says, listen, we looked at all the data. You have a, we have to do something about this. Which typically means corporations get getting a little bit of trouble, or at the very least have to pay a little bit of money to clean something up.

And so the EPA in December, after trying for two and a half years to make this a reality said, you know what, we’re just going to stop talking to the scientists. We don’t want to send them our information. And this actually came after both Scott Pruitt and Andrew Wheeler who came after Pruitt, decided to purge the EPA of a lot of their actual scientists and instead replace them with industry insiders and corporate scientists who came from some of the biggest polluters on the planet. But even that isn’t good enough because occasionally these corporate polluting scientists still have a bit of a conscience and they come out and say, yeah, uh, you’re going to kill people with this. This is going to be very bad. You shouldn’t do it. So now Andrew Wheeler just says, well to hell with it, we’re just not going to ask you anymore. And that is going to end decades worth of precedent and intelligence at the environmental protection agency.

But the Democrats on the house science committee are hoping to make sure this doesn’t happen. And they are demanding that the EPA give them a reason as to why they’re making this decision. Why are you making this move? Can you provide us the house Democrats are demanding with one simple example as to why this is a smart decision or why this is a necessary decision. So now it’s up to the EPA and of course we all know the EPA is not going to be able to do that. You know, these corporate insiders aren’t going to be able to come up with anything more than, well our, our donors are beautiful. You’ll spend money. We don’t want them to do that. Cause if they spend more money, they have less money to give to us. That’s the real answer. You know, if they would come out and say that at least they’d be being honest, it wouldn’t justify their actions, but they wouldn’t have to lie to us. So it’ll be interesting to see what kind of lie they come up with to tell us why we shouldn’t listen to scientists. But this is just the latest in a three plus year long attack now on science coming from the Trump administration, they hate intelligence. They hate people knowing more than they do about something and they hate experts telling them how they should act. Everyone in this administration hates that from Donald Trump to Andrew Wheeler to Devoss to Carson, to all of them.

If somebody knows more than they do. You got to get rid of that somebody. We have seen that throughout this administration, and I am willing to bet we have not seen the last of the firings from the EPA. Trump and his cronies want to cripple this organization that is needed now in this country more than ever, we are killing ourselves with climate change, with pollution, with corporate toxins in our air and our water and the EPA was our last line of defense. But thanks to Trump, that line of defense is now solely in the business of defending the actual polluters.