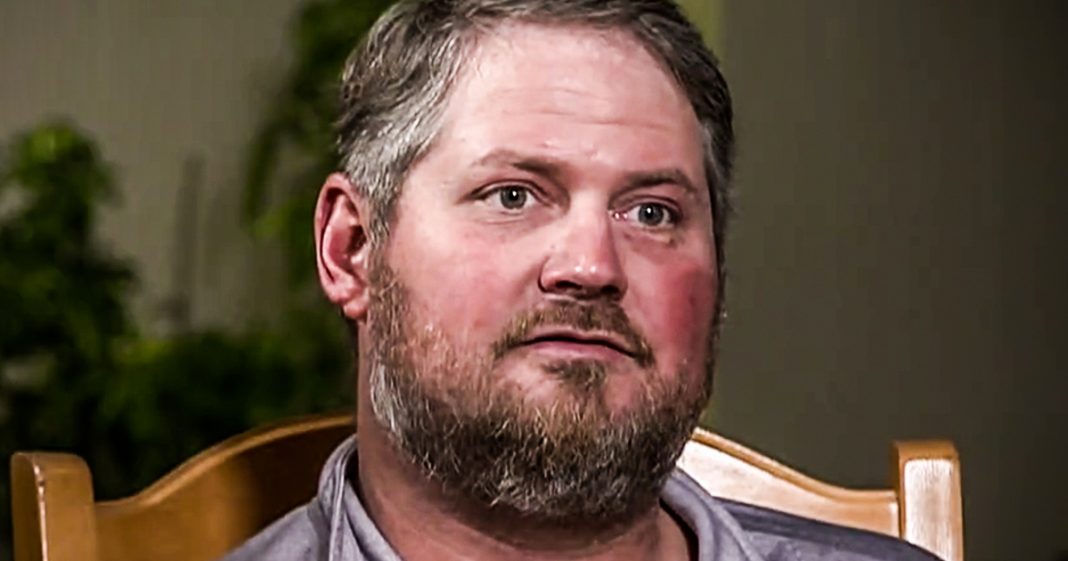 Our healthcare system is so broken in this country that it is now helping to feed our prison industrial complex. Counties across America are starting to throw people in jail for unpaid medical debts, effectively bringing debtors prisons back to this country. This practice is likely illegal, but many areas have found a way around thanks to numerous legal loopholes. Ring of Fire’s Farron Cousins explains what’s happening.

Over the weekend, CBS news aired a special, basically focusing on one tiny County in the city, state of Kansas, excuse me, that was jailing people over their unpaid medical debt. They talked to some folks who had been through this. There’s a horrifying experience, terrifying for these people to have to go through this, sometimes over just a couple of hundred dollars. But here’s the thing that CBS did not do a very good job reporting, and this is something that we here at Ring of Fire have actually been talking about for years. So it is a little shocking that the corporate media just now finally decided to talk about that, and a little bit infuriating. But this is happening in Counties, cities and States all over this country.

People are going to jail because they can’t pay their medical bills. Now, here’s the thing, technically, yes, a hospital, a doctor’s office does not have the ability to file an arrest warrant if you do not pay those bills, they don’t even have the time to do that. So instead, here’s how this little scam works. They turn your debt over to a collection agency. The collection agency tries several times to get you to pay these bills and if you pay the collection agency instead of paying the hospital, it does show up on your credit report. However, in most instances, if you just have regular medical debt owed to a hospital or a doctor’s office, that folks, does not actually show up on a credit report. So that’s a little something to keep in your back pocket there. But if you pay the debt collectors, then it does show up on your credit report and it further hurts your ability to get credit in the future.

So anyway, they send it to the debt collector. Debt collector tries a couple times and then if you don’t pay it, they send you a legal summons saying, you got to come to court and tell us why you can’t pay. Now here’s the problem. These notices, these legal notices, these court summons are disguised as just another letter from the collection agency. They look no different. The outside of the envelope note looks no different. If you’re somebody like me who’s gone through this and you get those letters, you know, at least at one point in your life quite frequently. I finally have stopped getting them. You tear them up because you know what it is. I have the original hospital bills and when I get the money I call them, even if they’ve turned it over to collections and I let them know I’m going to pay you or I’m not going to pay at all. And they’ll pull the account back from the debt collector and let you pay them directly.

Anyway, people are ignoring these summons because they think it’s just another letter from the debt collector. They tear it up, not long after, after they missed their court date, cops show up at their door and they take them to jail. That’s how this little scam works. So then not only are these people on the hook for the debt they already had, they now have to pay court fees. They have to pay legal fees if they want to hire a lawyer and try to fight this and make it go away, or at least have a slightly better outcome. It’s straining the legal system across this country and also helping to support our prison industrial complex. So if you’re in an area with a private prison, guess what? Now they get to profit off of you not being able to pay your healthcare bill. So if the healthcare industry can’t profit, then the private prison industry gets the profit. Everything in this country is for profit.

We have also seen instances, and you can check out our YouTube library because we’ve discussed this in the past, where you have local law enforcement officers and the local judicial system actually working with these debt collectors. Right? A little bit of a pay to play happening in some of these areas, most of them across the South because the South happens to be a little bit poorer. So you have more medical debt. And ironically the South, even though they’re poor, even though we have more medical debt down here, they all still tend to vote for Republicans anyway. Who really are the ones who’ve made this system possible. It’s a self-defeating cycle, but by no stretch of the imagination do these people deserve this. The system has to change. Somebody going to jail over medical debt should not be something we ever have to talk about in this country. Debtors’ prisons are illegal, and that’s why they found that little loophole to say, oh, you’re not here because of your debt. You’re here because you didn’t respond to the summons that you had no way of knowing was an actual summons. That’s how the scam works and the debt collectors and local judicial systems across the country are more than happy to work together to make sure that our healthcare system continues to get fed your dollars.