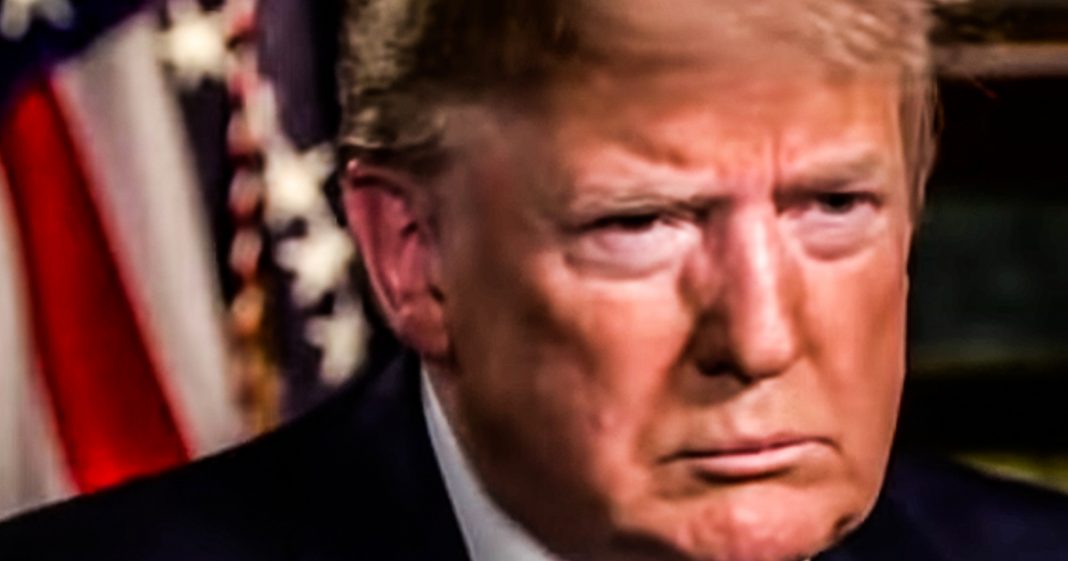 The Senate voted on Thursday to limit Donald Trump’s ability to carry out military strikes against other countries, particularly Iran. And the remarkable thing about the legislation is that Senate Democrats actually managed to get 8 Republicans to vote in favor of limiting the President’s war powers. Trump will likely veto the legislation, but the fact that it even passed is fairly remarkable, as Ring of Fire’s Farron Cousins explains.

Yesterday, the Senate voted 55 to 45 to pass legislation that would limit Donald Trump’s ability, pretty much eliminate Donald Trump’s authority, to pull off another strike against Iran without congressional approval. Now 55 to 45 if you understand numbers, you know that the Democrats do not have 55 members, so they had to get some Republicans to cross the aisle and vote with them and they were actually able to do that. Eight Republicans voted with Democrats to limit Donald Trump’s war powers. Now we saw this same piece of legislation pass the House of Representatives not that long ago. This was the one that Matt Gaetz famously voted to limit the president’s power and then the White House got mad and stopped returning Gaetz’s phone calls, wouldn’t let him come in and all that. But nonetheless, this was a bipartisan effort in both the House and the Senate. Enough Republicans agreed with Democrats and they thought, you know what?

Yeah, this is dangerous. Dangerous for Donald Trump to have this power, dangerous for any president to have this power, we have to reign this in. We can’t just rely on that 2002, you know, AUMF that just says the president can do a lot of things with his war powers. But if it wants to be an official war, Congress has to vote on it. That’s not how this needs to work, Congress says. The president has to have some checks on him and enough Republicans had a little bit of good sense to agree with that. Trump’s not happy. He has already made it clear that he is going to veto this piece of legislation. The numbers are not there to override the veto. So none of this matters. Right? I hate to, you know, kind of go that route. But really none of it matters. Trump’s gonna veto it.

Democrats do not have the numbers, even with their Republican friends, to override the veto. So it kind of is what it is. But here was what Donald Trump had to say before the Senate voted yesterday. This happened in a series of tweets. He said, it is very important for our country’s SECURITY, because that words in all caps for some reason, that the United States Senate not vote for the Iran war powers resolution. We are doing very well with Iran and this is not the time to show weakness. Americans overwhelmingly support our attack on terrorist Soleimani. If my hands are tied Iran would have a field day. Sends a very bad signal. The Democrats are only doing this as an attempt to embarrass the Republican party. Don’t let it happen. No Democrats are not doing this to embarrass the Republican party. You did that yourself. The Democrats are doing this and some Republicans are doing this because they understand that they forfeited some of their power in a post 9/11 world.

The constitution makes it very clear, Congress is the body that has the authority to declare war. But that 2002 AUMF transferred some of those war powers from Congress over to the president. And the reason for that, yeah, is because they didn’t think it was a good idea in that terror filled world at the time when we were all so scared, they didn’t think it was a good idea to have to wait for Congress to convene. Everybody come in, you know, all of the hundreds and hundreds of members, everybody’s got to vote on this. Is it going gonna pass? Blah, blah, blah, blah, blah. They thought, you know what the hell with it. President, you want to launch a strike? Go ahead and do it. Yeah, you don’t have to call us about that and now they’re starting to realize that was a mistake. The constitution gave that power to Congress for a reason and the reason is exactly what I just said.

Sure, there weren’t as many members of Congress back in the day, but it still gave a little breath and if you want to call Congress, and by the way, you can get them all there pretty quick in a matter of hours. Okay. Things are going to be fine. We’re not going to miss out on something if we have to call Congress in. But anyway, here’s the thing. They wanted it to be a debate. They wanted everybody to have to weigh in on this and they wanted to have enough time for things to cool down so that we don’t make crazy rash decisions while we’re angry or fearful. And that is exactly why Congress gave this power to the president because they were fearful because they didn’t think it was a good idea for them to sit and deliberate about this because we were, you know, hit from behind on 9/11 and we were scared and terrified, didn’t know what was going to happen. Took us forever to figure out who was behind it and we attacked the wrong countries because of it.

But they need that power back now. Maybe they could be a little bit more level-headed because we know Donald Trump is not going to be level-headed. If you make him mad, he can still drone strike you. That’s still a thing. And when he vetoes this legislation, it’s still going to be a thing after that. So I would encourage more Republicans in the House and the Senate to make sure that you have your members in order. Because if you don’t curtail this power now, the next person who’s president gets to have it as well. And there’s a good chance, according to polls today, that that next president isn’t going to be a Republican.