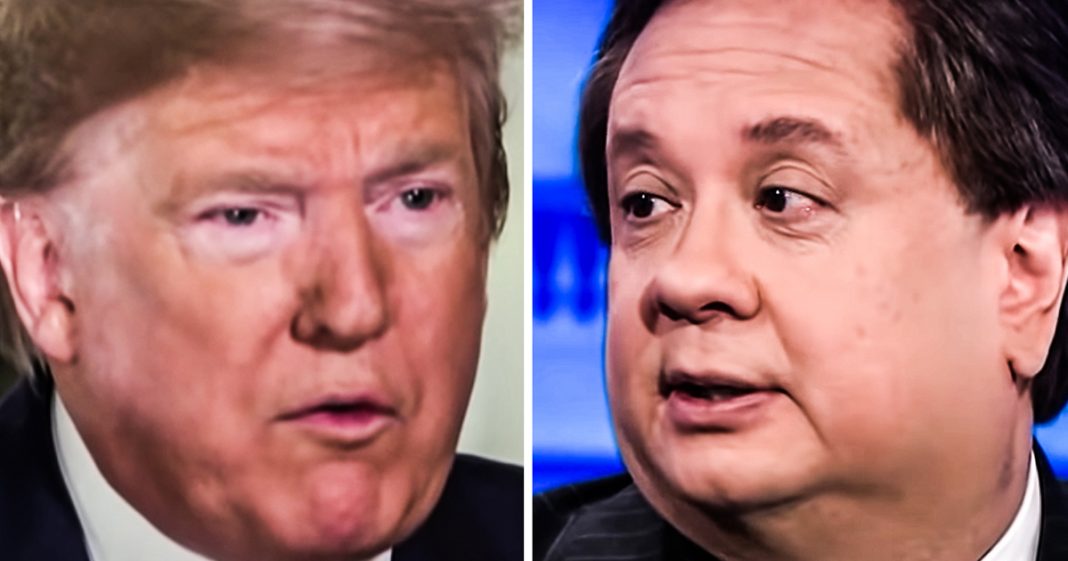 George Conway, the husband of White House counselor Kellyanne Conway, wrote an op-ed this week saying that Trump’s actions in recent days warrant a second impeachment. While there’s no doubt that Trump is still breaking the law, a second impeachment would be absolutely devastating for Democrats. The only thing to do at this point in terms of impeachment is to move on and focus on beating Trump on the issues, as Ring of Fire’s Farron Cousins explains.

On Monday, George Conway, the husband of white house counselor, Kellyanne Conway, wrote an op ed for the Washington post where he said that we may actually have to impeach Donald Trump again after the firings of Gordon Sondland and uh, Alexander Vindman. Now, it’s very clear that Donald Trump fired these two men to retaliate against them for testifying in the house, impeachment hearing. That’s obvious. So yes, that, that that’s probably illegal. We could find a statute of two or two that this broke and probably impeach him again. Plus we have plenty of other crimes. We know that Donald Trump is still working with Rudy Giuliani to dig up dirt in the Ukraine defeat at the William Barr. We also have all the financial crimes that we didn’t go after, Donald Trump for all of the immigration violations with the kids in cages, and all of those moral things that Trump has done wrong that he should have been impeached for.

We know that the president broke the law in the first place with the first impeachment charges. We know that, but here’s the thing, George Conway is 100% wrong about this. If Democrats were to impeach Donald Trump a second time, that would be political suicide. It would absolutely be a death sentence for every Democrat serving in the house and the Senate. We should not impeach Donald Trump again. We should not entertain the idea of impeaching Donald Trump again. I mean, I almost feel like at this point, George Conway actually wrote this op ed because he’s like secretly working for Trump because that’s how stupid this idea is. Democrats had their impeachment shot. It didn’t work. It’s time to move on because what happens with the public right now, if the Democrats were to say, you know what? We’re going to try to impeach him again. Everyone in the public, everyone who only remotely pays attention to politics would roll their eyes, maybe bang their head against their desk and say, are you freaking kidding me? You guys just did this and you failed. Wow, you’ve got some sour grapes and you’re clearly just out to hurt the president, and that’s the thing. I always have to hammer on folks. Majority of people in this country, they’re not following politics as closely as the rest of us. You know, there’s a couple million sure that do follow it religiously every day listening to podcasts, watching videos, reading papers.

Most of this country isn’t doing that. They’re not. They see a couple of clips here and there on their local news station. Maybe read a snippet in a newspaper, see a headline go past as they’re scrolling through Facebook. But that’s it, and those are the people who are going to determine this next election that people who aren’t knee deep in politics every second of every day in a second impeachment hearing, even though yes, Trump committed multiple crimes, we know that, but a second impeachment hearing is not going to bode well with those voters.

And I know some people probably say, well, it doesn’t matter if they like it or not, we should still do it to uphold the rule of law. That’s the other part of the equation, isn’t it? We’re not going to uphold the rule of law because as long as Republicans have their majority in the Senate, impeachment will never happen. It’ll just look like the Democrats repeatedly trying and failing to take down this president that they hate. So much. That’s how Fox would spin it. That’s how most members of the public would eventually see it if we tried it again. George Conway is wrong and he is giving us bad advice, and that brings me to the final point here. Can we, as a democratic party, as progressives, liberals, whatever you want to call yourself, can we stop acting like Republicans are the best people to give us advice on how to beat Trump? They’re the one who paved the way for Donald Trump and George Conway’s wife, his family, his livelihood is actually tied to the success of the Trump administration. I don’t think he’s exactly the kind of guy we should be listening to when it comes to political strategy advice.