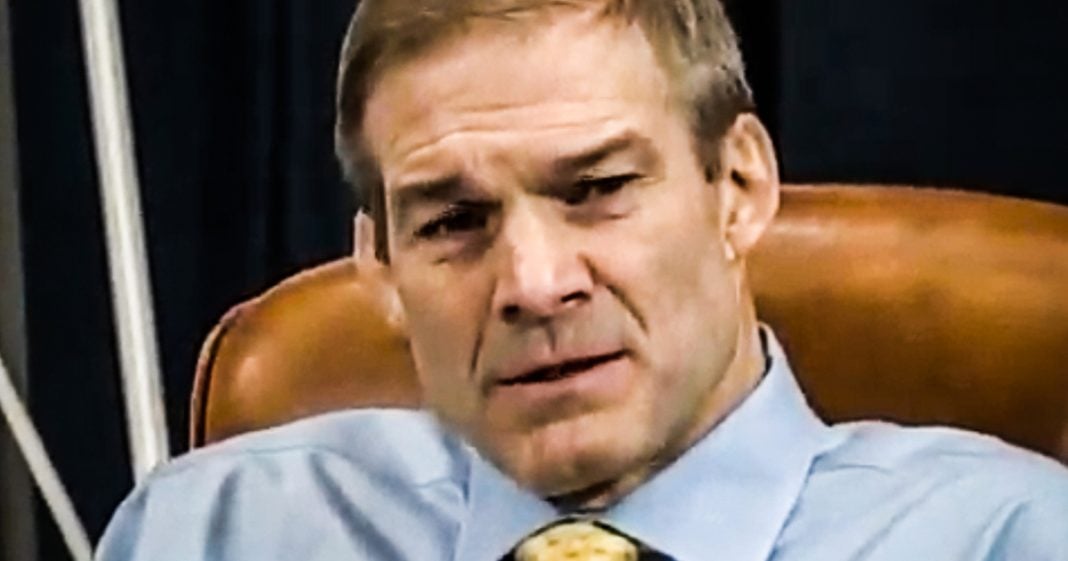 Republican Representative Jim Jordan has been directly implicated in helping to orchestrate the sexual assault coverup at Ohio State University by a former member of the wrestling team. This is not the first time that Rep. Jordan has been implicated, but it certainly does add to his growing problems and legal woes. Ring of Fire’s Farron Cousins explains what’s happening.

Republican representative Jim Jordan has been further implicated in the Ohio State University sexual assault cover-up, but this time it’s not just what he did back in the late eighties and early nineties to cover up the assault that was happening to the wrestlers that he was in charge of protecting. This is actually being implicated in trying to cover-up the cover-up. According to a man by the name of Adam DiSabato, who was testifying in front of the Ohio legislature earlier this week in support of House bill 249 which would extend the statute of limitations so that the former wrestlers at Ohio State could sue the school for the abuse that they suffered, suffered, and the cover-up from the school itself. DiSabato happened to be the captain of the wrestling team while Jim Jordan was there for some of the years. His brother two years ago is the one who came forward and directly implicated Jim Jordan in the cover-up.

And during yesterday’s hearing, DiSabato said that in July of 2018 he got a call, multiple calls from Republican representative Jim Jordan, and Jordan was crying, groveling and begging DiSabato to come out and disavow his brother’s comments that had implicated Jordan in the cover-up in the first place. His exact quote to the Ohio legislature was Jim Jordan called me crying, groveling, begging me to go against my brother. That’s the kind of cover-up that’s going on there. Are you guys going to do, what you’re, what your voted to do? That’s the only reason I am here. So DiSabato made it clear. Yeah, Jim Jordan was involved in this. Jim Jordan is still trying to cover things up. But I’m not even here to say that, oh, this Republican guy is bad. I want you legislature to do what you were voted in to do, to protect us, to allow us to finally get a little bitty taste of justice.

And the reason I bring that up is because I’m sure a lot of Republicans are going to say, oh, well this is just another guy showing up trying to smear a Republican rising star. He made it clear that that’s not even his intention. It may have happened, sure, because Jim Jordan was absolutely involved in this cover-up. Jim Jordan has specifically been named in several of the lawsuits that have been brought by these former wrestlers, not just the DiSabato brothers. Others have said that Jim Jordan did this as well and now we know the extent to which Jordan tried to cover it up. It wasn’t just from 1987 to 1995 that Jim Jordan was working to cover-up the abuse that happened at the hands of Dr. Richard Strauss, but it was happening as recently as 2018 with these phone calls. Jim Jordan has spent the last year or more really of his career trying to defend all of the criminal activity of Donald Trump, trying to write it off and trying to convince the public that Donald Trump didn’t really break any laws and that if he did, it’s okay. What Jim Jordan should have been doing is getting all of his affairs in order because when this statute of limitations gets lifted, and I have no doubt that it’s going to, Jordan is going to be named in more than just a few lawsuits, and this man stands to lose everything he has ever gained in his entire life. And if the allegations against him are true, then even that, losing everything, might not even be a good enough punishment for Jim Jordan.