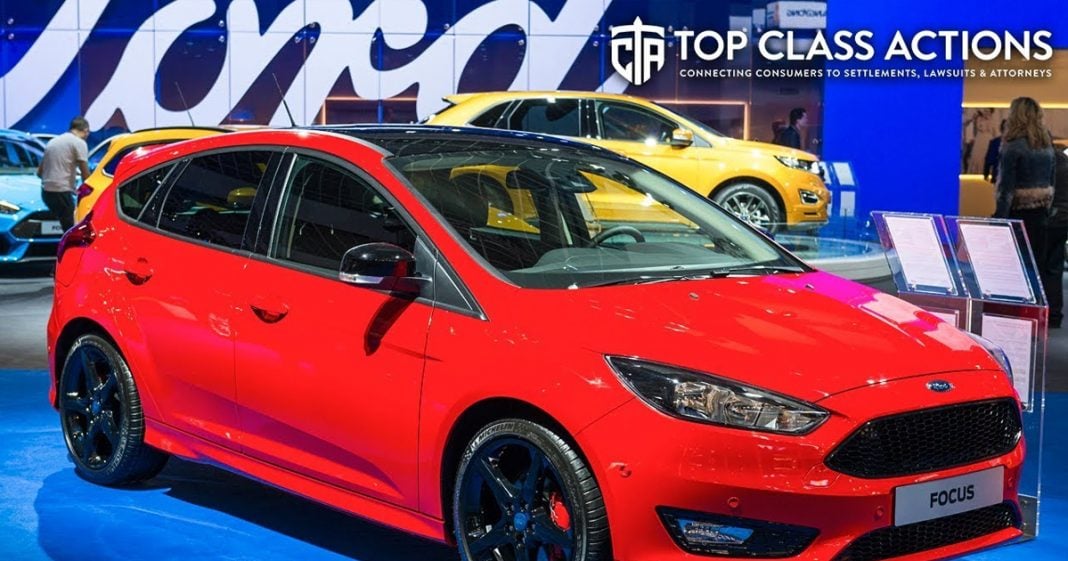 The plaintiffs in a class action lawsuit against Ford have asked a federal judge in California to approve a $77 million settlement resolving claims of defective transmissions in some Ford vehicles, stating that class members have already received more than $47 million through an arbitration program. In their renewed motion for preliminary approval of the settlement, the plaintiffs state that Class Members may be rewarded a cash payment of up to $25,000 or more for returning a vehicle that they could have been driving for many years. Ring of Fire’s Farron Cousins discusses this with Scott Hardy, the President of Top Class Actions.

Farron Cousins:                  For about seven and a half years, consumers in the United States have been fighting Ford motor company over claims that some of their vehicles had shotty transmissions that the company failed to fix and failed overall to address. But there may finally, after seven and a half years of fighting, be an end in sight. Joining me now to talk about what’s happening is Scott Hardy with Top Class Actions and Scott this we, we see happen a lot. Right? A lot of these lawsuits are not just super quick, easy over and done with in a matter of months. Seven and a half years, September of 2012, is when this first started here against Ford. So take us back to the beginning real quick with what was going on back then in 2012. What did the consumers complain about?

Scott Hardy:                          Well, you know, we’ve seen this grow and expand, so it started off in 2012 with Ford Focus and Ford Fiesta owners saying, hey, we have a problem with this transmission. It’s kicking back. It’s chugging along and there’s a lot of issues here. And there was a settlement that was reached and now it’s been expanded for 2012 to 2016 Ford Focus or 2011 to 2016 Ford Fiestas equipped with the power shift transmission. Now the settlement was objected to because the objectors thought that the original settlement was too low. So now years later, after a lot of battling, Ford has come back and now there’s a $77 million that’s up for grabs. And it’s a great settlement if you had this problem, because Ford is not only going to reimburse you if you had this problem and you had to get it fixed. Ford will also, if you returned your car and you don’t even have your car anymore, you have a shot at getting some cash. There’s actually $25,000 or more for returning a vehicle that they could have been driving for many years. So there’s a lot of money at, you know, possible for these Ford Focus and Ford Fiesta owners, if they qualify.

Farron Cousins:                  And with the way vehicles are, you know, built today, there’s a very good chance that most of these vehicles are still on the road today. So if you’re driving one of these and you haven’t necessarily noticed any problems, maybe reach out to the seller of the vehicle. You know, this could be something they had fixed, maybe they had forgotten about it after all these years. So if you can, if you know who sold you the vehicle, maybe reach out to them. This could be something that’s very, you know, pertinent to them if they paid to have this problem fixed and then got fed up and sold the car anyway. So, you know, something to keep in mind there. I know that’s not something people usually think of, but you also run into a situation, and I’ve been thinking about this, you know, obviously this is a transmission issue, transmission problems, one of the most expensive things on a vehicle when it goes wrong.

So what happens and I don’t even know if, if you know the answer to this because this might seem complicated. Suppose you had somebody who purchased one of these cars. They had taken it in a couple times to the shop because the transmission was doing this. It couldn’t get fixed so finally they decided to sell it and they sell it to somebody who says, well don’t worry, I know how to work on transmissions. I’ll see if I can fix it. If you had two separate people with that same vehicle, would they both qualify for a claim if they both spent money on it?

Scott Hardy:                          That’s a very lawyer answer, maybe. But, so the original owner, even if they no longer own the car, they might qualify for this settlement. They’ll want to take a look to see if they do once the settlement is approved. The person who, who actually received that transmission that that car with a faulty transmission and fix it, they might also be able to submit a claim. So they’ll want to take a look at it. Something that’s interesting about this settlement is they actually bring in the lemon laws because they had a lot of people that bought these cars, brought this car back multiple times to the dealer and said, hey, why can’t you fix this? Well in this settlement they say, hey, we are actually settling these claims in three months if it’s a lemon law claim. So, you know, if you’re taking this to arbitration we are getting people either paid out a new car or, you know, those damages taken care of in, in just three months. Which in the class action world as we know is huge.

So that’s one of the benefits of using a lemon law attorney if you have a new car that is not being fixed under the factory warranty. But, it’s important to take a look at it and see if you had this problem, even if you don’t have the car anymore, you might be able to get some money back. Because that was a big part of the settlement is making sure that there is millions of dollars above and beyond this $70 million. Because there’s a, there’s an extra 30 million bucks that could be put into play if they run out of money. So Ford is really doing their best to take care of their customers. If you had that Ford Focus or Fiesta that’s included in this with transmission problems, please make sure to, to, to stay tuned with us and check in because you could have a significant amount of money coming to you.

Farron Cousins:                  Well, fantastic. And we’ll, we’ll definitely follow up with story once that happens. Hopefully it will be a positive thing. Hopefully it will be approved and we can explain to people, tell them where to go, you know, to get their settlements. And until then, folks, I recommend everybody follow the link in the description of this video. It will take you to this story over at topclassactions.com. Bookmark it, keep an eye on it. There will be updates to this, hopefully in a positive way and of course, while you’re there, you can also subscribe to the weekly Top Class Actions newsletter. Scott Hardy with Top Class Actions, thank you very much for talking with us.