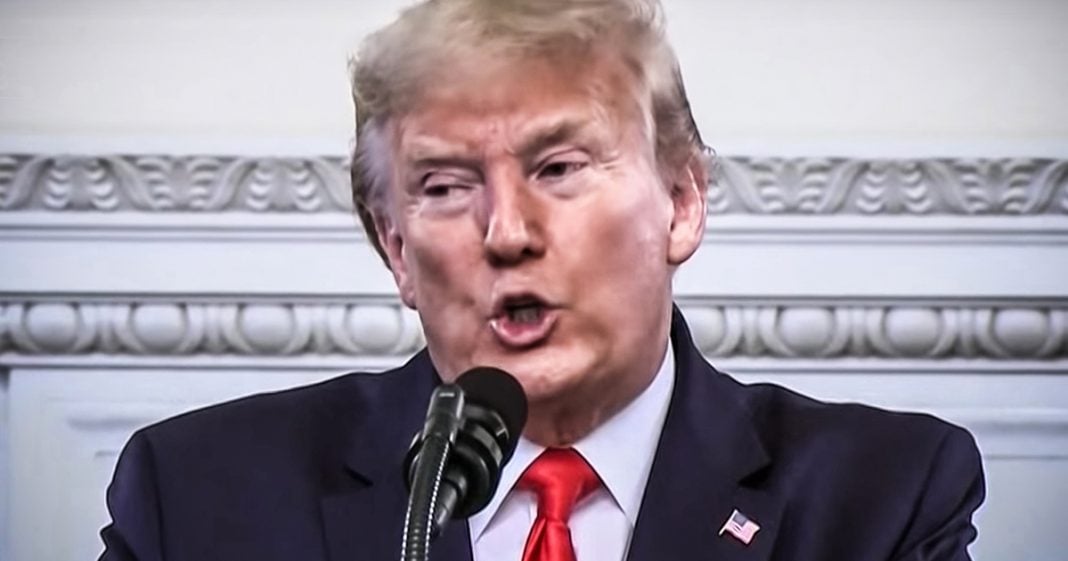 Statistically, voters in Red States are far more likely to rely on government assistance than people in Blue States. Nonetheless, Donald Trump’s latest budget proposal will slash Social Security, Medicaid, Medicare, and a host of other social safety net programs that will have a far great impact on his own base than anyone else. Ring of Fire’s Farron Cousins explains why this is happening and why his base doesn’t seem to care.

Well, we now have Donald Trump’s 2021 budget proposal and it is absolutely a slap in the face to every working class citizen here in the United States. Massive cuts to social security, to Medicaid, to Medicare, to the snap program, food stamps, to student loan forgiveness programs, cuts to the EPA, cuts to housing and urban development, cuts, cuts, cuts, cuts, cuts until of course you get to the Pentagon part of the budget. And that one, he actually called for an increase, right? He wants a couple billion more for his wall in there too. But the Pentagon, now that’s $740 billion a year that they get. Trump says that’s not enough. We have to increase that. And the way we increase that is obviously to slash a couple billion from social security. Slash a couple billion from Medicaid and food stamps. Slash a couple billion from Medicare prescription drug programs, which means grandma and grandpa are going to have to pay more money for their prescription drugs now on their already meager social security. Oh, but wait, that’s going to go down too.

So Donald Trump might effectively be sending our grandparents or our parents or even us to an early grave because we won’t be able to afford healthcare anymore. But by God, the military industrial complex is going to get fed and that wall’s going to get a couple of billion dollars more. Some of the specific cuts, we’re talking about $130 billion cut to the Medicare prescription drug pricing program. $292 billion from things like Medicaid and food stamps. $70 billion from restricting access to federal disability benefits. The EPA’s budget is going to be cut by 27%. Housing and urban developments budget is being cut by 15%, and the center for disease control and prevention, their budget is going to be cut by 9%. Right? It’s not like there’s a horrible virus out there that we need to fight or anything, right? So let’s go ahead and cut the one office of the federal government that actually deals with stuff like that.

But he wants more money for the military. And as always, there is a bit of irony here. Studies have repeatedly shown that the people who most depend on federal benefits are the red Staters. Red state citizens use federal government benefits, Medicaid, SNAP, social security, at a higher rate than those in blue States. So all of these budget cuts that Donald Trump is proposing here are going to hurt his base the most. And the real kicker is that they don’t care because they don’t think about that, right? They just think about MAGA. They think about that red hat. They think about finally feeling like they belong to a movement and they’re going to vote for him as he continues to just slash their benefits and then lie to their faces about it. Because three days ago, Trump told us, no, we are never going to touch social security or Medicare. And then he releases his budget that does exactly that. If you support this man, you’re an idiot and he thinks you’re an idiot. And if you continue supporting him after this, all you’re doing is proving him right.