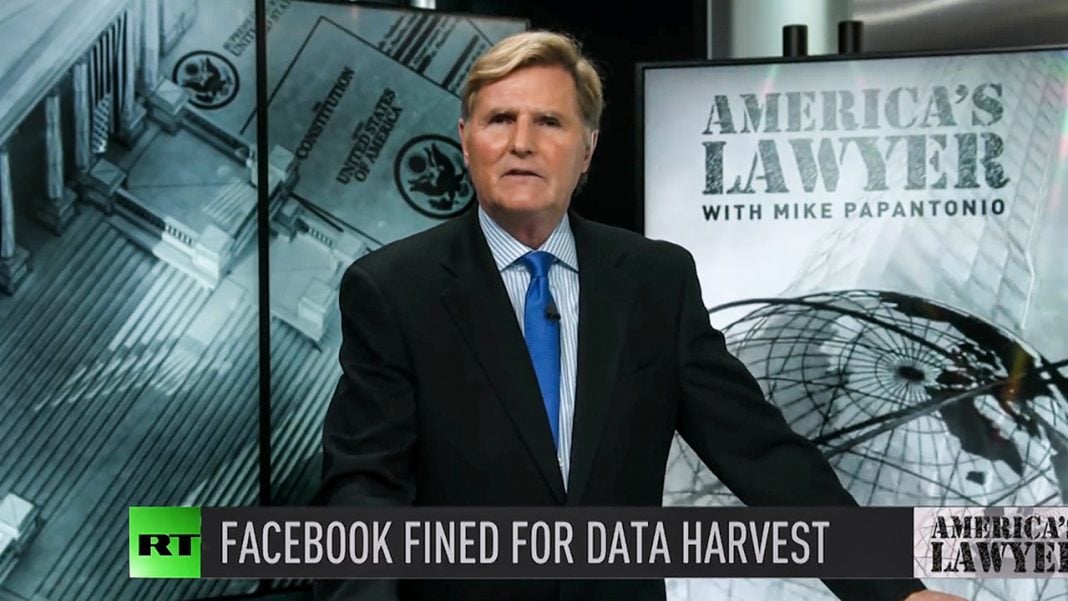 Via America’s Lawyer: Facebook has agreed to a settlement of $550 million after the company was sued for illegally harvesting facial data of its users. Mike Papantonio explains more.

Finally tonight, some good news. Facebook has agreed to a settlement of $550 million after the company was sued for illegally harvesting facial data of its users. This data was taken and stored by the company without the user’s consent or knowledge. This lawsuit was about to head to trial in Illinois after the Supreme Court refused to grant Facebook’s request to halt the trial. So rather than facing the possible $35 billion in liability the company projected, they decided to settle. Facebook is not the only tech company harvesting your personal data. Amazon’s been harvesting biometric data through their Ring brand of security cameras and sharing it with law enforcement.

Other social media outlets have been harvesting your biometric data, which has been stolen by hijackers in an, in massive data breaches. The, the bottom line is that these tech companies have violated our privacy rights in their data scraping and the only way to put an end to it, to hit them where it hurts. That’s the only thing that’s going to change it. That’s to hit their profits. Until then, everything you put on social media is going to be used by these companies to make a quick buck.

That’s all for tonight, find us on Twitter and Facebook @facebook.com/rtamericaslawyer. You can watch all RT America programs on Direct TV, Channel 321. Also, stream them live on YouTube and be sure to checkout RT’s new portable app where you can watch all of your favorite shows. I’m Mike Papantonio, and this is America’s Lawyer, where every week we tell you the stories that corporate media isn’t permitted to tell because their advertisers won’t let them. Have a great night.