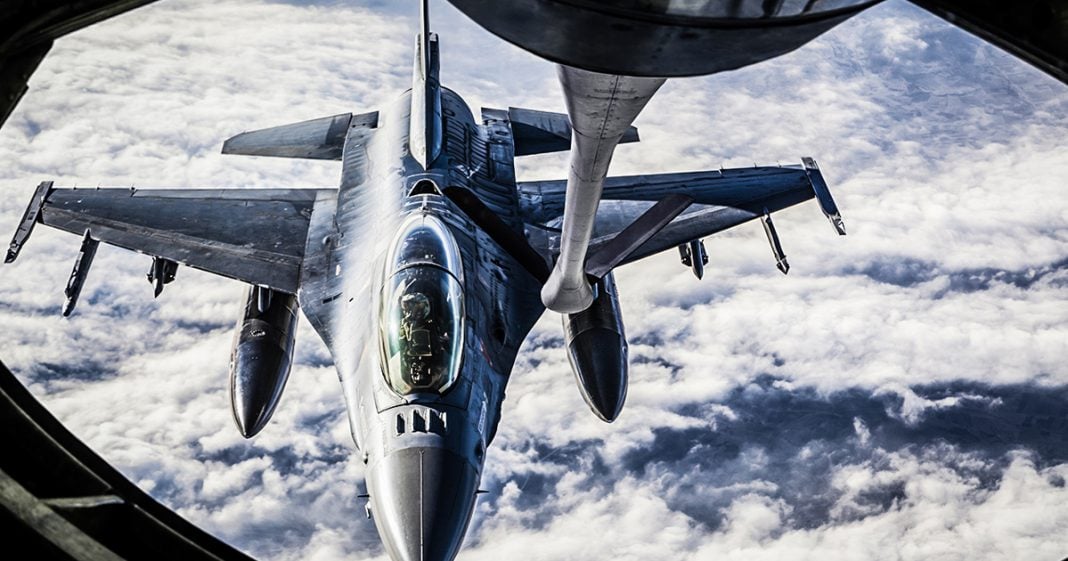 The United States military is one of the largest polluters on the planet, releasing more emissions than 140 countries around the planet. The war machine has got to be shrunk in order to effectively combat climate change, but that’s a Herculean task that many elected officials on both sides of the aisle refuse to do. But if they continue to ignore the threat, we’ll lose the time we have left to fix the problem. Ring of Fire’s Farron Cousins discusses this.

An interesting new report came out just a couple of days ago talking about the United States military and the United States military industrial complex, and it found that the US military, if it were a country in and of itself, it would be the 47th top polluter on the planet. As it stands right now, our military for this country releases more emissions and burns more fuel than 140 other countries on this planet. That’s something we need to take seriously. But the report basically lays out for us the fact that we cannot as a country address the issue of climate change unless we shrink the military. Not just make things greener in the military, we have to cut back, we have to make serious changes or else we will never be able to make, as a country, any progress on the issue of climate change. And here’s what’s interesting about that. While we have, you know, Republicans denying that climate change exists and Democrats saying we have to have a green new deal, we have to do something about this issue.

The military, dating back decades folks, has always said that climate change is real and climate change is a threat. In fact, a threat multiplier is what they call it. That means that it takes existing threats out there and makes them so much worse. Suppose you have an area with limited resources and one group comes in and tries to fight their way to get hold of those resources. Right? That’s an international conflict and that’s a threat. It creates refugees, it creates dissidence. It threatens people in those communities, threatens us here in the United States. Climate change comes along, creates even more resource scarcity and we’ve already seen this happening in the Middle East. The Pentagon itself has released reports showing how climate change has directly increased the number of people joining these radical groups that then go out and kill people, mostly because their resources. You have terrorists out there using climate change as a recruiting tool saying, we will pay you. You can’t work as a farmer anymore because your farms have been destroyed because of climate change. Come work for us, for terrorist organization, we will pay you and we will provide you a better life. That’s real. The Pentagon has reported on this. That’s what’s happening and yet here they are while out of one side of their mouth telling us we have to do something about this, it’s putting us all in danger. And then out the other side they say, hey, we need more cargo planes. We need more aircraft carriers, we need more jets in the air and all of these things are burning fuel.

All of these things are releasing emission, hydrocarbons galore, coming out of the US military industrial complex. And in order to address the issue of climate change, that has to change. That has to stop and unfortunately that would be one of the hardest sells a politician can ever make because you can’t propose cuts to the military without the Republicans coming out there and saying, well, you’re anti-troop, you’re anti US. You hate the troops. We support the troops. This isn’t about the average men and women making up the military. This isn’t even about the folks at the very top of the Pentagon calling the shots. This is about saving the planet and reducing the emissions of the single largest emitter in this country. And unfortunately, it happens to be the military. So changes have to be made before our military is no longer to able to even handle the threats that they, through their emissions and climate change, have helped to create.