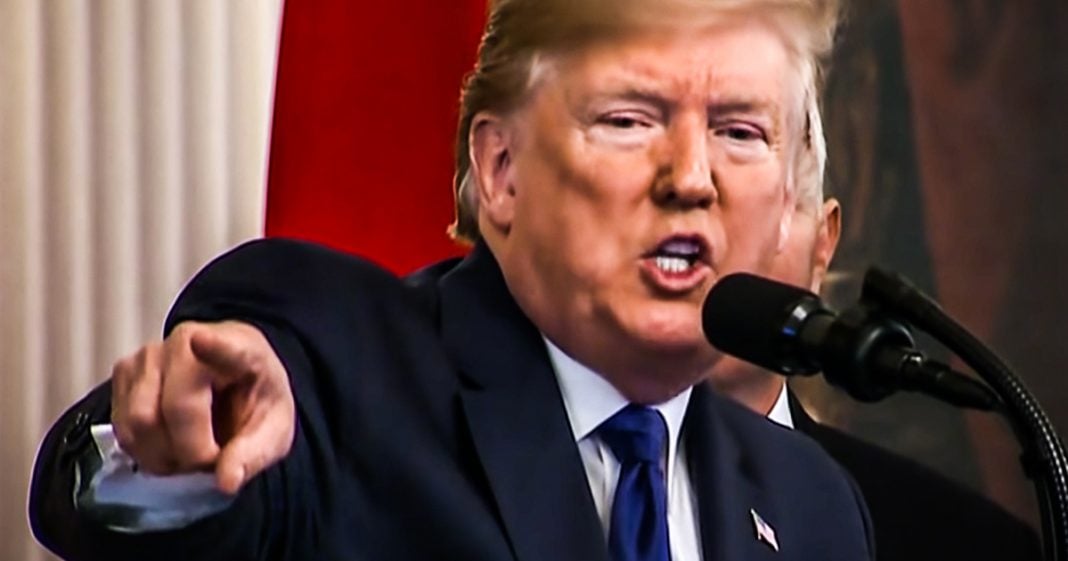 The government has released a report showing that Donald Trump’s trade war is going to cost the average American family approximately $1,277 this year alone, showing us again that China isn’t the one paying the steep price for Trump’s lack of policy experience. At a time when American families are already struggling to get by, this new Trump Charge could break the bank for a good number of working families. Ring of Fire’s Farron Cousins explains what’s happening.

The nonpartisan congressional budget office has released a new report that nobody is paying attention to, but this new report tells us that the average American family is going to be paying an additional $1,277 this year alone as a direct result of Donald Trump’s trade war, and most of that money is going to be spent on the increased cost of goods that consumers have to pay now. $1,277 on average, for the average working family. Some will pay more, some will pay less, but it is all a direct result of Donald Trump’s disastrous trade war, mostly with China. Now here’s the thing. Part of that money is also due to the decreased economic growth that this country sees during a trade war, but most of it, again, is for the increased cost of goods that Americans have to buy. The more you buy, the more extra money you’re having to pay as a result of this, and here’s the sick and twisted thing, folks.

Once this trade war finally ends, these corporations are not going to lower those prices again because they know now that we’ll pay them because we have to. You know, if you need a new washer and dryer, you’re going to go buy that washer and dryer. You’re not going to say, well, maybe this can wait a year or two for the trade war to go away. So I guess we have to pay it. And once you get used to paying those higher costs, that becomes the new normal. So when the trade war ends, and these companies no longer have to make up for them paying the tariffs that Trump has put in place that he thinks China’s paying, but it’s American companies. So once they don’t have to pay those anymore, they’re not going to lower those prices. They’re going to leave them as they are because consumers are already paying them and now they’re used to them.

So instead of the extra money going to the tariffs, that extra money just goes right back into the CEO’s pockets. We will continue to be screwed and that’s the part of the trade war nobody’s talking about here. These prices on most of the goods affected by the trade war will not ever go back to normal. Those days are gone. This is what it is now, and if you think I’m wrong, then go ahead and show me the last time a corporation in this country did the right thing. Show me the last time an American corporation just decided, what the hell? Let’s lower prices because our costs went down. Show me that. You can’t, can you?

And that’s how we know we’re right about this particular issue here. These prices that we’re paying this extra $1,300 a year, that’s going to be going on forever. It’s going to be this year and next year and every year here after, until corporations decide to just jack up their prices again, most likely for no reason, and then we’re paying more than $1,300 a year. And here’s the real kicker too, folks. The average American family was set this year to save about $1,300 in their taxes, thanks to the Republican tax cuts and now thanks to Donald Trump’s trade war, any tax saving, the average working family may have seen is now gone because Republicans are just that bad at policy.