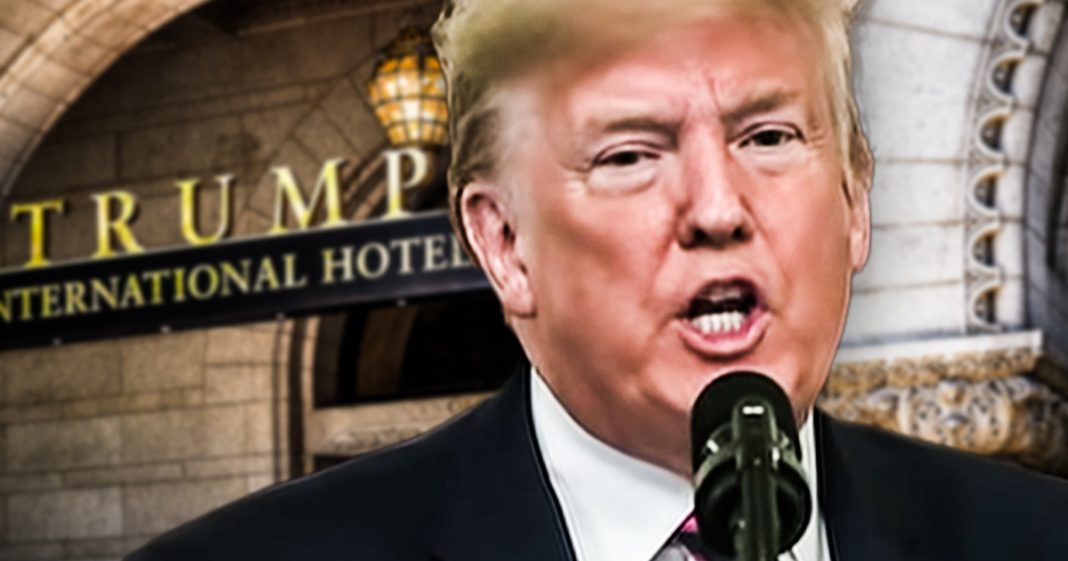 According to a new analysis from The Washington Post, the U.S. Secret Service has been clearly overcharged by Donald Trump’s hotels, and that is cost that is being paid by taxpayers. Furthermore, the story found that the Secret Service is paying for rooms at Trump’s resorts even when no members of the Trump family are staying there, so they are paying to be there for literally no reason. Ring of Fire’s Farron Cousins explains what’s happening.

The Trump administration has been very secretive about how much money the secret service is having to pay at Trump properties when they travel with him to protect him or to protect his family. But even in their secrecy, some things have slipped out and some documents are available. And recently the Washington Post got ahold of those documents and decided to go ahead and tell the public just how much we are paying as taxpayers for the secret service to stay at Donald Trump’s own properties. And what they revealed to us is that we’re getting screwed and the secret service is essentially paying for rooms that they’re not even using. Oh, and to make matters worse, it definitely appears that the Trump organization is overcharging the secret service, making them pay more per night for a room than they would charge the average person just going and renting a room there for the evening.

So they’re price gouging us, as this report implies, and the secret service is renting out rooms and paying for them in advance and then never actually using them, or using them, but the president never goes there. So there was no reason for them to even go there in the first place. Except of course for the fact to put more money in Donald Trump’s pockets. According to the new information we have available in 2017 at Mar-a-Lago alone, the club was charging the secret service anywhere, depending on how they felt, from $650 a night to about $395 per night. So the rate changed wildly, which I guess is yes, common in hotels. But what makes it interesting is that just this past summer, Eric Trump, Donnie’s least favorite kid I think, said the following. He said, if my father travels, they stay at our properties for free. Talking about the secret service. So everywhere that he goes, if he stays at one of his places, the government actually spends, meaning it saves a fortune, because if they were to go to a hotel across the street, they’d be charging them $500 a night. Whereas, you know, we charge them like $50.

That, that’s a lie, Eric, and now we have the documentation to back it up. You’re not charging them $50 a night, you’re charging them $650 a night. And if what you say is true that they could just go across the street and only pay $500 a night, then we, the taxpayers are very clearly getting screwed. But that’s the point. This puts more money in Eric Trump’s pocket. So of course Eric’s going to go out there and lie to us about it. He’s not under oath. He can lie. It’s deceitful and it’s dishonest, but that’s who he is as a human being. But technically it’s not illegal. Although if we ever do get our hands on all those financial documents from both the Trump organization and from the secret service, maybe we’ll find something there that could be prosecutable. And I’m willing to bet that there’s a good reason they want to keep all those records secret because I think that’s what we’d find. I think we would absolutely without a doubt, find hard evidence that the Trump organization is intent, intentionally jacking up the prices for the secret service and charging them far more than they are charging average American citizens. And that is most likely the reason they don’t want to show us any of those documents.