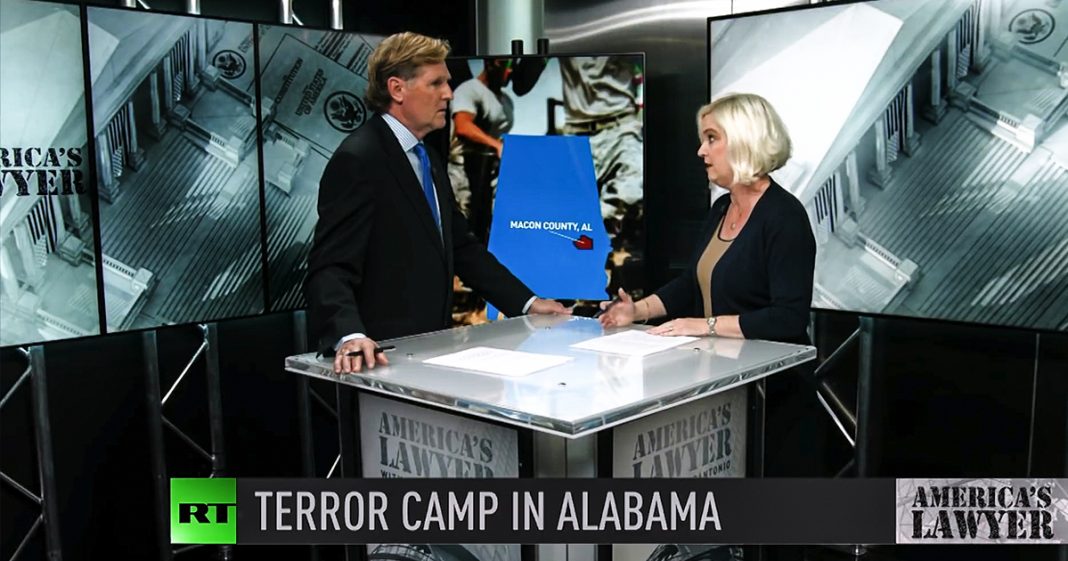 Via America’s Lawyer: Mike Papantonio is joined by legal journalist Mollye Barrows to talk about a compound uncovered by the FBI in Macon County, Alabama. Designed to arm and train young recruits to become terrorists, the training ground was led by Siraj Wahhaj, who had been arrested previously in New Mexico for spearheading a similar compound found there in March 2019.

Mike Papantonio:             In a startling report, the FBI discovered a plot of land in Macon County, Alabama was being used as a training ground to turn kids into terrorists. Pretty unlikely story, but I have Mollye here to talk about it. Mollye, this story, this, this was all discovered by accident. These folks were driving to New Mexico, right? They had a room.

Mike Papantonio:             They had the car full of people, full of kids. It overturned the police officer that did the investigation, found guns, found reason to investigate what was going on in Macon, Alabama. Tell me this story it’s, it’s a crazy story.

Mollye Barrows:                So it’s a group of five individuals, their family members, essentially. The main guy is Siraj Wahhaj and they’re also connected to a compound, a similar type compound in New Mexico. So the one in Macon County, Alabama is something like a military style, sort of a makeshift obstacle course, if you will. And at that compound they saw some training facilities, although no attack was ever carried out. But this Siraj Wahhaj, his two sisters, his partner, and a couple of other people, they were actually living in New Mexico. So they were dividing their time. I’m not entirely sure the details there, how that worked out, but they ended up being arrested at the New Mexico compound in 2018 because they were looking for, police had gotten a tip that, Wahhaj’s three year old son who had been reported by, missing by his mother from Georgia. They’d gotten a tip through the grandfather who’s actually a leader of a, an imam in New York and he’s well known and.

Mike Papantonio:             Let’s talk about that. They found, what they found is a training camp for terrorists.

Mike Papantonio:             Well, let me put one of those twists. The people they were training were children.

Mike Papantonio:             One child, they found the remains of, that obviously had been killed some how.

Mollye Barrows:                Epilepsy. The dad took the child from the mom. He and the girlfriend were praying the devil out of this child instead of giving this child their seizure meds.

Mike Papantonio:             To go and blow your, blow the kids up. I’m going to sit back here and preach about the evil empire and I’m going to send in to blow themselves up and kill infidels.

Mike Papantonio:             Oh no, the ugliness is the same, but this is particularly ugly in my mind because the focus was to train children.

Mollye Barrows:                They were using these shooting ranges to do that. They were also malnourished. The entire living conditions were squalor apparently. So they’re facing federal charges of basically planning attacks on Americans, including law enforcement and military as well as kidnapping related to the death of that little boy.

Mollye Barrows:                And, and some firearms charges as well, because they did find a stockpile of weapons as well out in New Mexico. So they’re still investigating connections

Mike Papantonio:             Yeah, in other words, the, the question is, are there more facilities like this that they’re looking into?