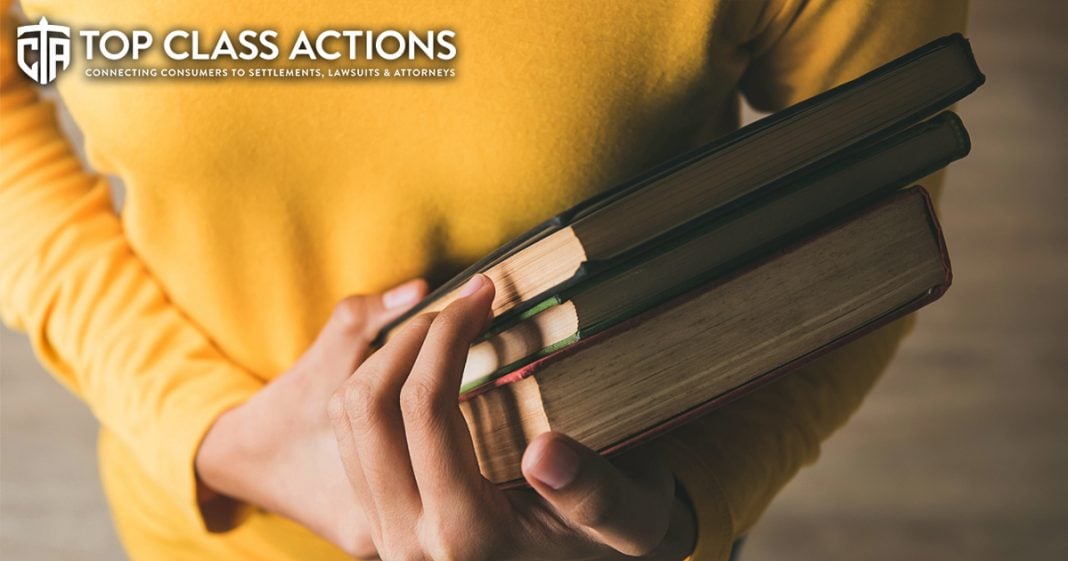 A class action lawsuit has been filed against McGraw-Hill, Pearson Education, and other book retailers alleging that the companies conspired with each other to increase prices of their textbooks and eliminate any competitors in the marketplace. The lawsuit was filed by college book resellers who claim that the book publishers and retailers created a product that forced students to buy new books (instead of used materials sold by the plaintiffs) by every college student in every semester. Ring of Fire’s Farron Cousins discusses this with Scott Hardy, the President of Top Class Actions.

Farron Cousins: There’s no other way to say it, College is very expensive here in the United States and as each year passes it’s only getting more expensive. And ask any college student out there today, one of the worst expenses they have and they’re all going to tell you the same thing, textbooks. Those textbooks that are required for college classes are abs, absolutely priced astronomically, but sometimes you can get the used version of it, save a few dollars. But now the textbook manufacturers are actually trying to make it to where you cannot purchase those used textbooks.

Joining me now to talk about what’s happening is Scott Hardy with Top Class Actions and Scott, this story is infuriating. I mean, it’s been quite some time since I graduated from college, but I still remember having to go to the bookstore and getting excited when you finally see, oh wait, they have a used version of this. I can save sometimes a couple hundred dollars buying the used version and now the textbook companies, specifically McGraw-Hill and a handful of others, they’re trying to do away with those used books because they don’t make as much money.

Scott Hardy: Exactly, and, you know, we thought that we were kind of coming over this hump of having to pay for brand new textbooks. And, you know, in the early, late nineties, early two thousands, Amazon came out, you know, you had other options on the internet to be able to buy used textbooks. Prices were going down like a rock. It was wonderful for students who are already paying an incredible amount for college to be able to get a deal on their textbooks. Well, naturally this class action alleges that the publishers worked together to conspire and raise prices for all of the books. Things that I didn’t know. So these publishers control between 80% to 90% of the market nationwide in producing and selling course materials. I didn’t know that. And also that McGraw-Hill and other retailers generally pay universities for the right to operate on campus stores and they operate in more than 50% of the on-campus stores nationwide.

So they’re already there. So what they did is they said, well, we have these students out there that are saving money by buying books and we can’t have them keep buying used books. Then we can’t make money. We’ll create a plan which will kind of make them think that they’re saving money. We’re going to call this the inclusive access plan, and it’s with this inclusive access plan, they get new books every semester. Yay, great. But they’re full price books. They are, you know, they’re, they’re not used and it forces the student to buy them. Now that’s the problem is that this class action says, hey, you know, you can’t force these students to buy these books. You’re already in the bookstore itself. So they have no choice. You’re not selling used versions. And the resellers, the book resellers who filed this class action, are trying to take some of those rights back for these students.

Farron Cousins: And part of the problem is obviously these days a lot of content is online. So what some of these textbooks do is they say, okay, each book, each new book has a code in it and it is essentially a one time use code. So if you want access to all of this online material, which you frequently have to have for the class, you have to have this code. But if you go and resell that book and then they try to resell it to somebody else at the used bookstore, that code no longer works. So the student at that point is losing access to all of this other material that they have to have for the class. So that’s part of the little a scam here. You know, they could provide this material to just anyone who has the book, the teacher should be able to provide it, but they’re not allowing that to happen.

And so that’s one of the big things is just locking out students by making these one time use access codes for all of this inclusive material that you’re talking about. And that’s, that’s a very real problem for these students because sometimes they don’t know that there is this inclusive material or they don’t know they’re locked out. So they go and they buy the used book only to find out once the class starts, they suddenly don’t have access to, you know, 25%, 50% of the information that they need to have for that class.

Scott Hardy: Exactly, and we’re going to see these publishers, they’re going to switch to more of a subscription model. Just like the Encyclopedia Britannica went out of business. I remember as a little kid going to Knott’s Berry Farm and they had a whole store section where my parents signed up for the Encyclopedia Britannica. So we at home, all of a sudden we had all the books. Well now these book publishers doing the exact same thing you said they’ve got these subscription codes within the books. They make you buy it. They’re going to have to dump this really long-term. You know, these books are all going to go away. They see the writing on the wall, but they’re trying to maintain that revenue. You know, they’re going to have to have that subscription model going forward over the next couple of years where they could just charge ideally an affordable fee every single semester for these students. Don’t charge them $150, charge them 50 bucks, you know, do something that is affordable. That still won’t make these book resellers happy. But it’s something that we’re going to have to see for it to be fair for the students.

Farron Cousins: Well, and you would think also at the same time, I mean, these textbook companies could save a lot of money on their end and therefore potentially lower prices but still make the same kind of profit revenue or profit margin if you went digital with it. Right? You’re not paying for printing, you’re not paying for shipping or anything like that. If you go fully digital, there it is, ready to go at no cost to you other than initial creation cost. So you’re going to end up making more money in the long run if you go to a model like that. But again, not everybody has access to be able to read and mark up these digital versions. So we’re not there yet. But there are potential solutions on the horizon and hopefully one of the big solutions will be from the outcome of this particular lawsuit.

So hopefully again, that this has the desired effect that these book companies stop with this kind of, you know, cornering the market here and not allowing students to buy used books. This is something students need. They need the used books. They need one area of college life where they can finally save a little bit of money and these book sellers are trying to take it away from them. For more information about this issue, follow the link in the description of this video and head over to Top Class Actions. And of course, if you have not already, make sure you sign up for their weekly newsletter. Scott Hardy, Top Class Actions, thanks for talking to us today.