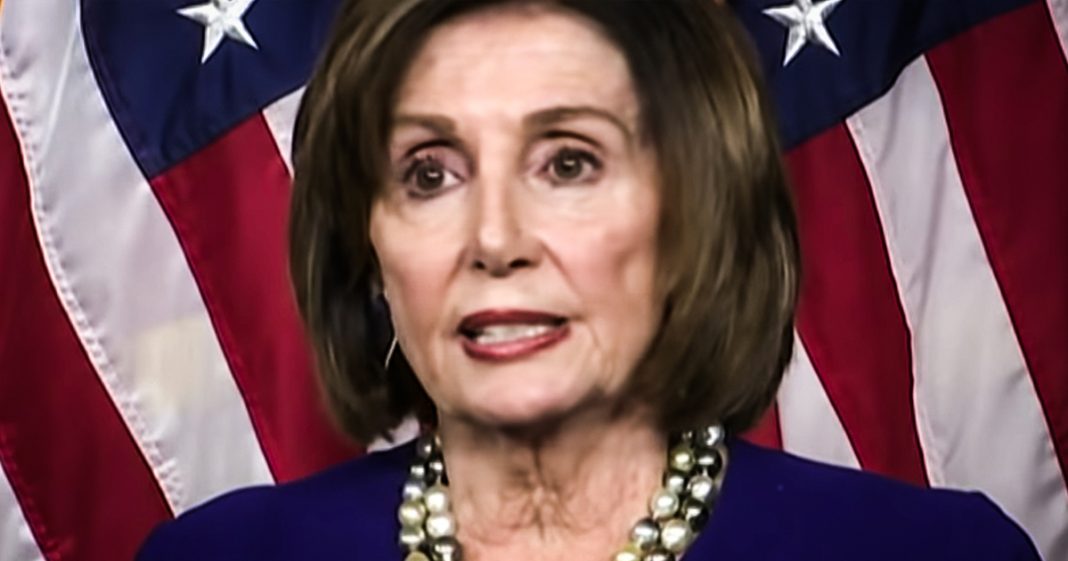 An assistant Alabama police chief threatened House Speaker Nancy Pelosi following Tuesday’s State of the Union Address by saying that there would be roadside bombs waiting for her and other “Dumbocrats.” The officer doesn’t appear to be facing too much discipline for his actions, as the town he serves has a population of 900 people, but this isn’t the first major threat against Democratic members of the House that was revealed this week. Ring of Fire’s Farron Cousins discusses this.

I want everybody to remember the name, Jeff Buckles. Jeff Buckles is an assistant Sheriff’s deputy in the tiny little town of Geraldine, Alabama, population 900. And Mr Buckles, well, sorry, officer Buckles was watching Donald Trump’s state of the union on Tuesday of this week and afterwards, he saw Nancy Pelosi rip up her copy of Donald Trump’s speech and officer Buckles lost it. Officer Buckles took to Facebook and wrote the following. He said, Pelosi just ripped up his speech. And by the way, he spelled speech, S P E A C H. Officer Buckle’s, not the brightest bulb out there, but dang it, he’s serving the people of Geraldine. Anyway, Pelosi just ripped up his speech, roadside bomb on her way home and any other Dumbocrats. Dumbocrats, it’s funny because instead of Democrats, he said Dumbocrats. So it’s like we’re dumb. Oh, officer Buckles, you have all the comedy stylings of a failed rodeo clown. Hell, you even have the name of a radio clown, a rodeo clown. Officer Buckles here.

Listen up, asshole, here’s the thing, you just threatened to murder the speaker of the House of Representatives. That’s what you just did, officer Buckles. And then after officer Buckles realized, oh crap, I’m probably going to lose my job over this. He deleted the post, issued an apology, and as part of a, his apology, he said, it just rips my heart out that our great country is so divided. Oh, now, now you’re sad that our country is so divided? You just said you were going to kill Nancy Pelosi with a roadside bomb along with any other Dumbocrats. You’re the one out there saying, I’m going to murder people, and oh God, I wish we weren’t so divided, shucks.

You’re insane officer Buckles, you’re insane. But the reason I want people to remember the name Jeff Buckles is because as I pointed out, he’s from the tiny town of Geraldine, Alabama and population 900. Nobody knows who Jeff Buckles is. So even though he is now been, you know, given a couple of days off while they review the, review it, he fucking said it, like it’s there. He threatened to murder them. There’s nothing to review. Anyway, he’d been given a couple of days off. They’re reviewing it and they’ll determine what action to take. Now, most likely they won’t take any action at all. Officer Buckles will be right back out there on the streets of Geraldine. But should they get rid of officer Buckles, then I want you to remember the name Jeff Buckles

Because we’ll probably hear it again whenever he gets moved to a different police force somewhere else in this country, and that’s why we have to remember it. I don’t care if you love Nancy Pelosi or you hate Nancy Pelosi. I don’t care if you love Trump or you hate Trump. I don’t care who you love or who you hate. You can’t threaten to murder them with a roadside bomb and then think everything’s going to be peachy keen. That’s a symptom of a very real mental illness. Officer Buckles needs to become patient Buckles and have his head examined by professionals because this isn’t normal behavior.