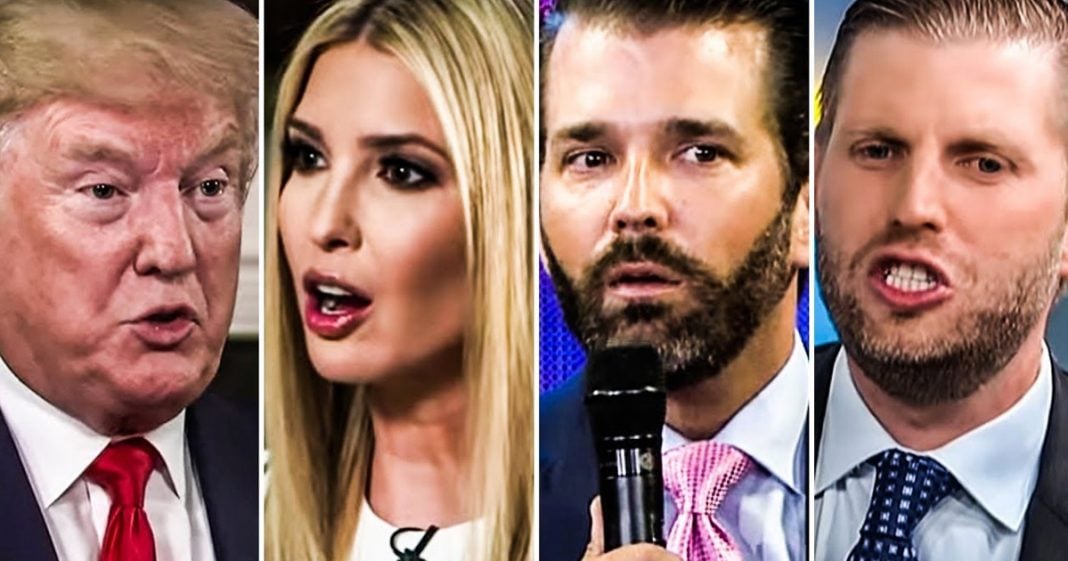 Donald Trump loves election season, mostly because it gives him an excuse to put more money into his own pockets. The latest financial filings for candidates reveals that Trump has spent close to $2 million either at his own properties, or paying members of his family for their work on the campaign. This whole endeavor is a money-making scheme for the Trump family, and his supporters appear too blind to see it. Ring of Fire’s Farron Cousins discusses this.

According to a new analysis from the center for responsive politics and the New York Times, the Trump reelection campaign last year, 2019, spent nearly $2 million paying themselves. Here’s what this analysis found based on the campaign’s financial disclosures, disclosures. That $2 million either went to Donald Trump’s properties or just straight up went to members of the Trump family. You know, those crazy kids of his and their spouses and girlfriends flying around the country, campaigning for him, campaign pays for that. They pay for their travel, they pay for the hotel, they pay for their time. And that is everything we need to know about what this is about. This isn’t about making the country better. It’s not actually about making America great again, or I guess now technically it’s keep America great. It’s not about any of that. It’s about, how much money can we bilk out of these suckers who keep sending us donations?

If you have ever given money to Donald Trump’s campaign, either the 2020 campaign or the 2016 campaign, please understand that he thinks you’re a sucker. This new analysis shows that the payments were made to Trump tower, Trump international hotel in Washington, Trump restaurants, Trump hotel collection and some just straight up to the Trump corporation. Oh and in addition to just, you know, using his own venues to host events and then paying himself for the use of his own venue and having his kids go out there and paying his kids for their time to campaign for him, he’s also used $12 million of your dollars that you’ve donated to him for his legal defenses because, you know, guys being sued by damn near everybody who can sue him and he’s got to fight those and he’s using your money to do it. And he’s using your money paying the Trump corporation for their lawyers to defend him.

So then at the end of the day, he actually gets to write that money off on his taxes and put it back in his pocket. It’s crazy, folks. I don’t understand how Trump supporters don’t understand this. These stories are not hidden. Okay? We do not have access to some kind of treasure trove of information that nobody else has. These are widely available. You can read them for yourselves and understand that you’re being conned by one of the best con men this country has seen this century. But that’s what it is. It’s not about enacting policies that’s going to help the average American citizen. It’s how much money can I pay my businesses? Can I pay my kids? Can I pay my family and can I pay myself? But I guess that’s a little bit too long for a campaign slogan. I can’t imagine the size of those hats. Right? But that’s what this is about. Trump likes being president one, because yes, he likes the power, but two, because this is just another revenue stream for him from people who don’t know any better.