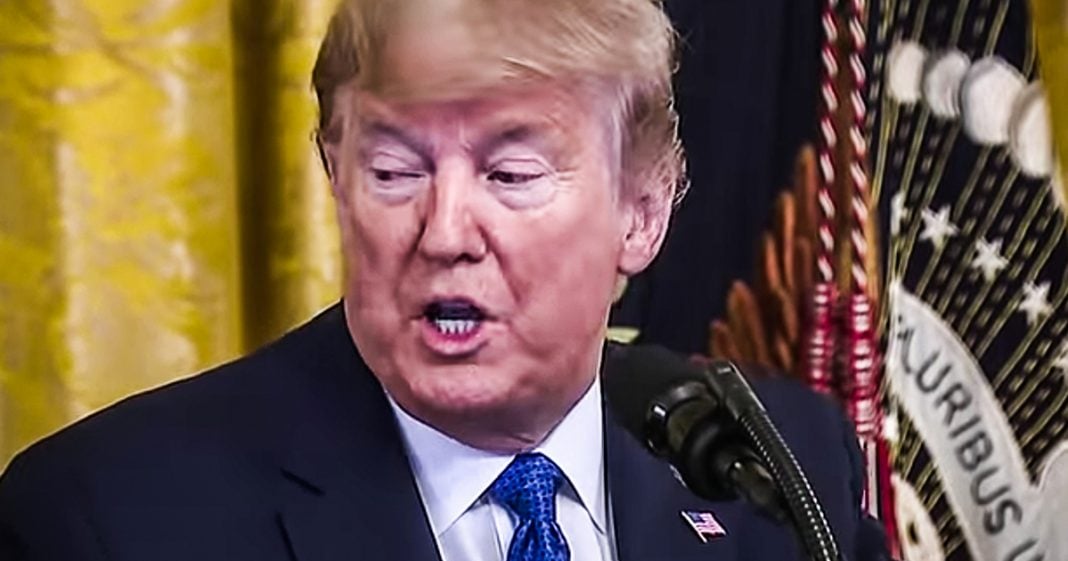 According to several Republicans who spoke to Vanity Fair’s Gabriel Sherman this week, Donald Trump is preparing an “enemies list” of those responsible for his impeachment and he is about to let the fireworks fly against these individuals. One Republican proudly declared that it is “payback time,” and Republicans, led by the President, will be coming full force after Democrats and the media. Ring of Fire’s Farron Cousins explains what’s happening.

So Donald Trump is riding pretty high ride down knowing that he’s not going to be removed from office. Everything is okay. He’s doing his little victory lap, but he’s also doing something far more sinister behind the scenes according to some Republican lawmakers and that sinister action taken by the president is that he is creating a Richard Nixon type “enemies list” of people he is going to go after now that impeachment is firmly in the rear view mirror.

According to a vanity Fair’s Gabriel Sherman, the Republican lawmaker sources that he spoke to earlier this week said that president Trump is, yes, compiling an enemies list contains the names of people like Adam Schiff, obviously Nadler, Mitt Romney and plenty of others. Anyone who went against the president with regards to impeachment, Republicans and Democrats alike, obviously mostly Democrats. They said quote, it’s payback time. It’s payback time. According to a Republican lawmaker, not an aide, not a staffer. Gabriel Sherman spoke to a Republican lawmaker who said it’s payback time. Now this lawmaker wished to remain anonymous, but based on what we’ve seen over the years, this does sound like the language of, I don’t know, possibly Matt Gaetz or Jim Jordan, perhaps even McCarthy or McConnell or Graham. But either way, there is an enemies list now at the white house and I’m willing to bet it doesn’t stop at lawmakers. I’m willing to bet it goes out into the media too, that he wants to attack anyone and everyone in the most deranged ways possible. Who supported this impeachment?

This man is on hinge. This man is crazy. And the unfortunate thing is that now I do not believe the Democrats should run on issues like that, that the president is crazy with the president is stupid or the president is mentally ill. those are conversations that need to be had in the media. Those are ads that could be put out by third party organizations that are not affiliated with any candidate or really even any political party. But the candidates cannot run on. Donald Trump is a crazy psychopath. They have to run on the issues because otherwise they will lose to him. But we do need some groups, some organizations out there talking about this and they should run ads if they have the money to do it.

That’s the two prong attack that can work to take Donald Trump down, let the candidates focus solely on the issues and have these advocacy groups have the media. If they can talk about how crazy this man is. His entire administration has been mirror image of the Nixon years and now that were find out. He is creating an enemies list. It’s almost identical. You know, we’re almost at the point where it wouldn’t be shocking to see Donald Trump walking into a helicopter and turn around with his little two little victory signs. That’s how identical he is to Richard Nixon and the public understands it, but occasionally they do need to be reminded of it, but they don’t need to be reminded of it by a candidate. We need outside groups to start running stories like this. Put these headlines up there, talk to the reporters and let the people hear it for themselves, because if they don’t, stories like this are going to be completely forgotten by the time they go to the polls in November.