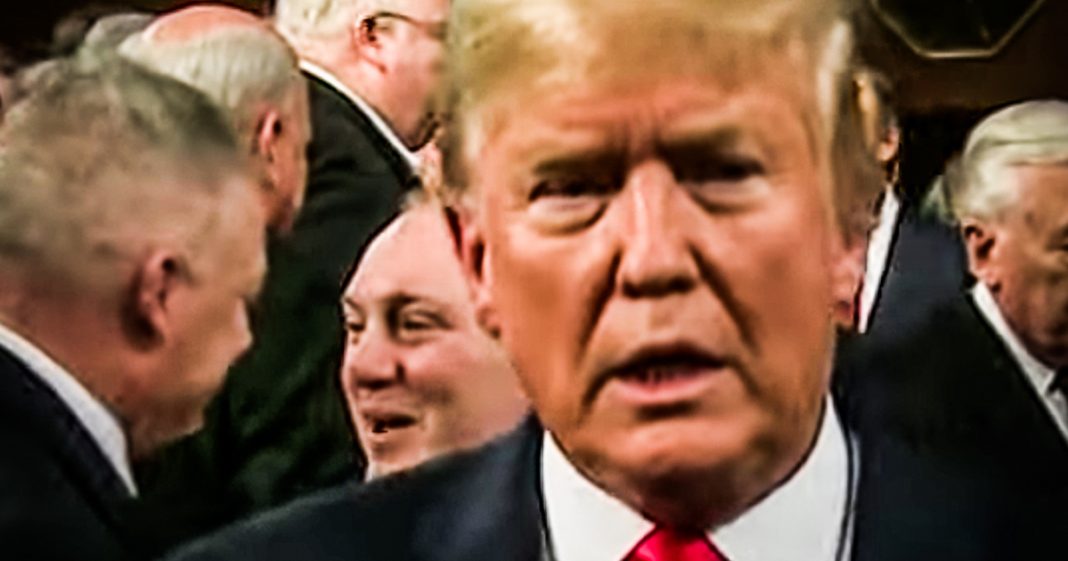 Donald Trump is refusing to spend nearly a billion dollars that has been allocated by Congress for clean energy projects. The money, currently sitting with the Department of Energy, was supposed to be spent on renewable energy investments, emission reductions, and energy conservation, but Democrats say that Trump is just sitting on it. Ring of Fire’s Farron Cousins explains what’s going on.

Right now, Donald Trump’s department of energy is sitting on $823 million that that agency is supposed to be spending on things like renewable energy, energy conservation, grants for electric vehicles and all kinds of home improvements to increase energy efficiency. Nearly $1 billion sitting there right now at the department of energy, that Donald Trump refuses to spend. Democrats in the House of Representatives, who approved this money for the department of energy for these purposes, are starting to get a little peeved by this, as you could imagine. After all, Donald Trump had wanted to cut the budget for the office of energy efficiency and renewable energy, which is where this money is sitting. But instead, Democrats who control the House and the budget decided they were going to increase the budget for this agency instead of cutting it by 80%, which is what Donald Trump wanted to do.

So they’re sitting on nearly a billion dollars that Trump now refuses to spend simply out of spite. That’s what’s happening right now, folks. This man is torching our environment, destroying regulations out of pure spite. What we have in America today, our water is dirtier today, average American tap water dirtier today than it was when Trump took office. For the first time in years, our air quality here in the United States decreased in the last year, first time in forever. We had actually been making strides on that issue and Donald Trump came in, slashed regulations left and right. Granted these new permits to these fossil fuel companies. Suddenly our air is a little bit dirtier. And here they are sitting up there in DC on nearly a billion dollars to invest in renewable energy or to straight up give to consumers to buy electric vehicles, to put solar panels on your home, to personally help you out.

And they’re just sitting there saying, no, we’re not gonna do it because this is a, a department created by Obama and we don’t want to play nice with them. Donald Trump is willing to let this country burn to the ground quite literally because he still has this grudge against Obama, who by every measure was more of a man than Donald Trump could ever hope to be. We’re running out of time on climate change, folks. Remember year and a half ago when the reports came out saying, oh no, we only have 12 years. That was a year and a half ago, and as a planet, we’ve literally done nothing, nothing, nothing. And this administration could do something. Something that, by the way, wouldn’t even really interfere, interfere with fossil fuel companies all that much. He just refuses to do it because if he does, it’s going to show that something Obama created might actually be successful.