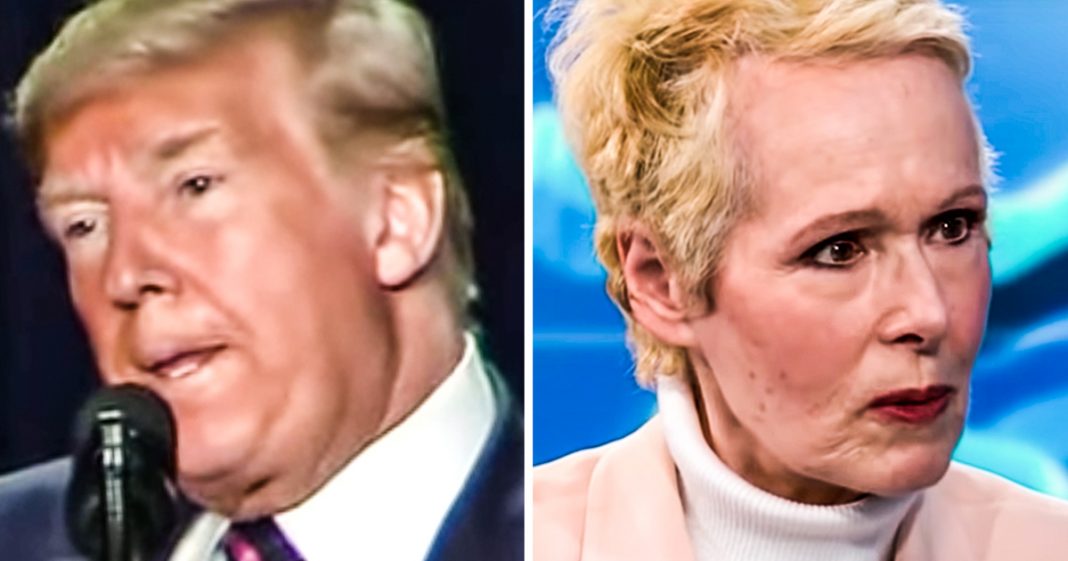 Donald Trump has been asked to submit a DNA sample for the lawsuit being filed by E. Jean Carroll, alleging that Trump sexually assaulted her years ago. Carroll says that she still has some of the DNA of her attacker, and since Trump has claimed that she’s lying, a DNA sample could clear this whole thing up rather quickly. But Trump wants the court to delay the sample indefinitely, and Ring of Fire’s Farron Cousins explains what’s happening.

Well, Donald Trump may have escaped impeachment or at least conviction earlier this week, but he still can’t manage to escape all of the other investigations and lawsuits that he is currently facing. And earlier this week, the Trump administration, via Donald Trump’s personal lawyers, went and argued in court that the DNA sample requested by author and journalist E Jean Carroll from the president of the United States whom she allege, alleges assaulted her about 20 years ago, it’s just a little too burdensome, Trump’s lawyers argued in front of the court, to get you that DNA sample right now. Burdensome, we can’t take the time to go swab his cheek. Well, here’s the thing. It wasn’t just that they didn’t have the time to do it or that, you know, it could hinder the president’s job. No, no, no, no, no. The argument is far more silly than that and his lawyers and Trump are arguing that we can’t be bothered with the DNA sample in this whole E Jean Carroll defamation lawsuit, because man, we have so many other lawsuits we’re dealing with, we just can’t handle it all.

Basically trying to argue in front of the judge that, hey, our client, the president of the United States has such a problem keeping it in his pants, that we’re bogged down with all these other lawsuits. How do you expect us to handle this one too? Because they specifically made the case that the Summer Zervos defamation lawsuit filed against the president is really where they got focus right now and they can’t even begin to fathom where to go with the E Jean Carroll defamation lawsuit. And for those who are not familiar with this, even though we have spoken about it repeatedly, the E Jean Carroll lawsuit, she alleges that in a department store about 20 years ago, Donald Trump sexually assaulted her. She still has the dress from that assault. It had been hanging in her closet. It had not been washed. It’s sat there pretty much as a reminder, and it had DNA on it and her lawyers had that DNA analyzed and it turned out to be an unidentified man and they want Donald Trump’s DNA to see if his DNA matches that on the dress.

Because if it does, she wins her defamation lawsuit. See, here’s the thing, folks, this is not about the assault itself. The statute of limitations on that has passed. Donald Trump called her a liar after she came forward with allegations of assault. Calling a journalist a liar, if you’re the president of the United States, can absolutely impact their career in a negative way. So she is trying to clear her name, and the best way to clear her name is to prove that Donald Trump was the one who assaulted her by matching the DNA. But Trump’s lawyers say, nope, we can’t even handle this right now because we’ve got all these other lawsuits we got to defend this jackass with. But here’s the thing, if it wasn’t Trump that assaulted her, he would know for a fact his DNA wouldn’t be on her garment. And I would think he’d be more than willing to take a little cheek swab for that to go ahead and clear this up and get this case dismissed. Right? That would literally take a matter of seconds to do and then he doesn’t have to worry about this one. So, kind of makes you think, doesn’t it? If he knew it wasn’t his DNA, why would he hesitate to give it to them?